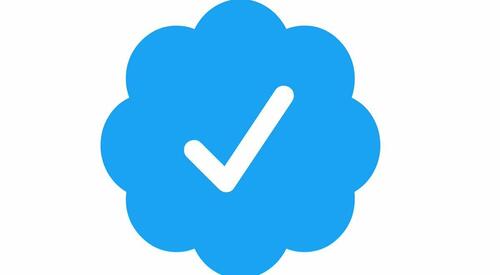 It costs $8 a month if you sign up via Twitter’s website, but $11 if you do it through Apple’s App Store. Why the difference? Apple takes a 30% cut on subscriptions purchased through its store — something Musk has previously criticized. Twitter users who use Apple products can get the lower rate simply by signing up for Twitter Blue via twitter.com.

“Twitter, evidently, has worked out that Apple’s 30% in-app payment tax will cut into the potential profits from the program too much, so rather than trying to work out an alternative system, or maybe give people even more for their dollar, Twitter’s instead looking to pass on the tax directly to users.” — Social Media Today

we’re relaunching @TwitterBlue on Monday – subscribe on web for $8/month or on iOS for $11/month to get access to subscriber-only features, including the blue checkmark 🧵 pic.twitter.com/DvvsLoSO50

…but not all right away.

Twitter’s explanation of the rollout of these features is rather foggy. It appear verified subscribers immediately receive the check mark, 1080p video uploads, tweet-editing and reader mode. The higher visibility, lower ads and longer videos are all labelled “coming soon.”

Musk’s prior rushed rollout of Twitter Blue with the check-mark feature was a short-lived disaster, albeit an amusing one. In that version of Twitter Blue, all one needed to receive a check mark was $8 — there was no verification.

That invited mayhem, as people bought check marks and simply changed their account names to the politician, celebrity or institution of their choice. Eli Lilly stock sank after a check-marked impersonator announced the company would give away insulin for free.

This time around, Twitter will verify the phone number and profile name on each account before granting the blue check mark. Subsequently changing your handle, display name or profile photo will cause a temporary loss of your check mark until your account is reviewed.

On Monday, Musk tweeted, “In a few months, we will remove all legacy blue checks. The way in which they were given out was corrupt and nonsensical.”

Before Musk, blue check marks came free — but only if you could persuade some faceless tweep behind the curtains that your account was “notable.” Naturally, that highly subjective approach was applied unevenly — particularly where non-celebrities were concerned — with accounts that were pleasing to Twitter’s overwhelmingly leftist employee base more likely to be approved.

Musk has already fired a shot across the bow of the legacy crowd. Click or tap on one of their check marks today, and you’ll see a message that reads, “This is a legacy verified account. It may or may not be notable.”

In a few months, we will remove all legacy blue checks. The way in which they were given out was corrupt and nonsensical.

Musk’s quest to gain some measure of independence from advertisers is laudable, but quite ambitious. Social Media Today’s Andrew Hutchinson figures that, for subscriptions to contribute 50% of revenue, Musk will need 24.6 million sign-ups for Twitter Blue. He also notes that $8 a month is much harder to come by in places like India, which has accounted for most of the platform’s growth in the last three years.

Twitter has announced it will start replacing the “official” label on some business accounts with a gold checkmark. The company will also start issuing gray checkmarks to government and “multilateral” accounts.

Twitter posted the following criteria for being granted a blue check mark: