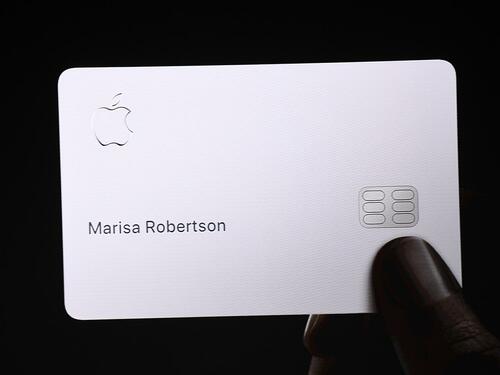 In 2018, we explained how Goldman Sachs had switched from betting against Subprime (Residential Mortgage Backed Securities and their various synthetic and “squared” derivatives) to betting with Subprime (hoping to profit off America’s sub-660 FICO population by lending to it).

Goldman’s credit card business, anchored by the Apple Card since 2019, had arguably been the company’s biggest success yet in terms of gaining retail lending scale, but as we detailed in September 2022, rising losses threaten to mar that picture.

After the COVID money-drop and various moratoria on payments/bankruptcies/delinquencies, the fecal matter appears to be starting to strike the rotating object as JPMorgan note pointed out in September out that while competitors like Bank of America enjoy repayment rates at or near record levels, Goldman’s loss rate on credit card loans hit 2.93% in the second quarter. 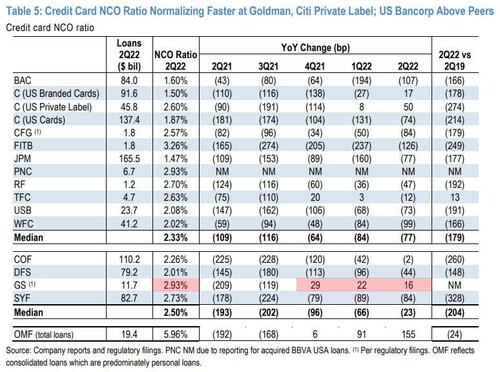 That’s the worst among big U.S. card issuers and “well above subprime lenders,” according to JPM analyst Vivek Juneja.

Even more notably, Goldman’s losses are also higher than that of Capital One, the largest subprime player among big banks, which had a 2.26% charge-off rate.

“If there’s one thing Goldman is supposed to be good at, its risk management,” said Jason Mikula, a former Goldman employee who now consults for the industry.

“So how do they have charge-off rates comparable to a subprime portfolio?”

None of that should come as a surprise though since, as the FT reported in 2018 citing analysts, Goldman has been targeting riskier borrowers, supplying about one-fifth of its loans to people with credit scores below 660 on the commonly used FICO scale; there is a familiar name for this group of borrowers: “subprime.”

And, as of today, it now looks as though a broke U.S. consumer has one less option to “kick the can down the road” a little further when it comes to taking on unsecured debt to fund their post-Covid-stimulus lifestyle and combat inflation.

That’s because in a move that looks to us to be a major canary in the unsecured lending coal mine, Goldman Sachs reportedly “plans to stop originating unsecured consumer loans”, according to a source familiar with the bank. 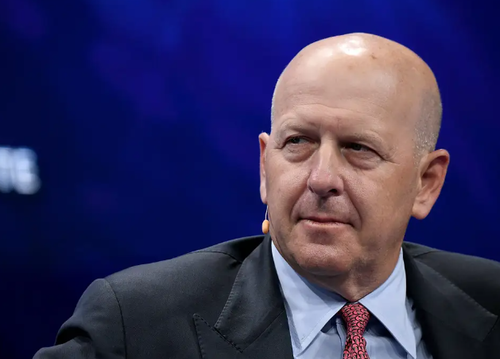 The move marks a noticeable pivot from the bank’s previous plans of trying to get closer to retail banking, which they were doing through their Marcus offering, which provided services like personal loans and high yield savings, similar to combining the features of lenders like Sofi and Upstart with the savings products from companies like Capital One.

But that experiment looks to be on its last legs. Goldman hasn’t officially commented on the report yet but the bank has been in the midst of cost cutting measures for several months. Goldman was one of the first banks to announce layoffs this season.

It was also reported that Marcus was halting its aggressive hiring plans during the middle of the summer. At the time, executives were “concerned that too much money is being spent on Marcus”, according to Insider.

And now at a tough time for the American consumer, it’s likely going to lead a charge of lending risk aversion that will see other banks follow suit. 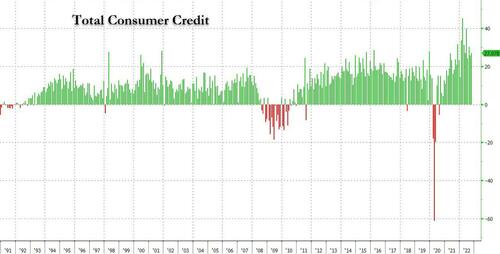 And while non-revolving credit (student and car loans) rose by a relatively pedestrian $17BN (down from $17.9BN last month, if above the 12 month average of $16.3BN). 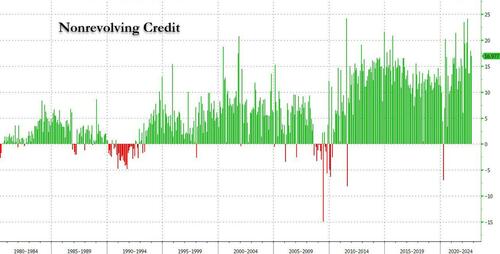 … it was revolving, or credit card, debt which once again surprise to the upside, rising by $10.1 billion, up sharply from $7.9 billion last month, if somewhat below the post-June average where double digit monthly increases have been the norm. 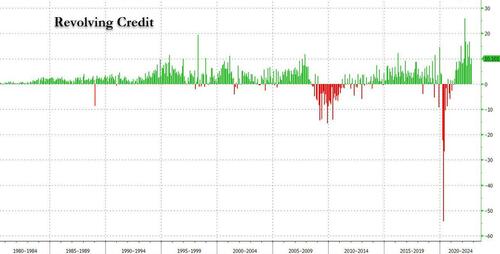 Looking at the composition of non-revolving credit, Q3 saw a surge in both student and auto loans, the former rising by $23.9BN in Q3 – the most since Q1 2021 –  while the latter soared by $30.9BN (which however was just below last quarter’s $34.6 billion surge). 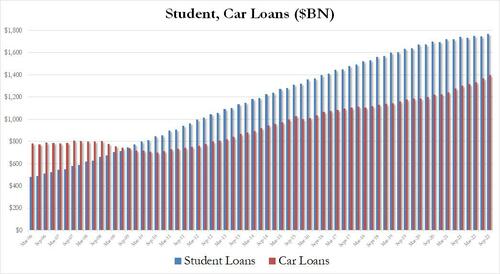 As we wrote just days ago…”the state of the US consumer is dire and getting worse, and as shown in the next chart, credit card debt hits a record high just as the personal savings rate hit a 17 year low. The catastrophic implications for the US economy is clear.” 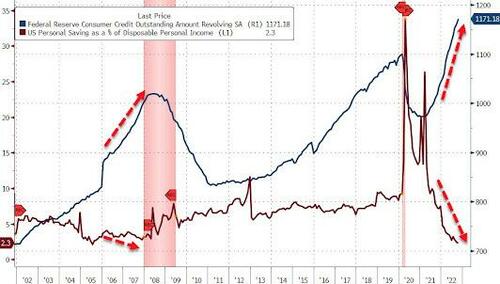 Prior to those figures being published, in late November we also wrote about debt being the fuel to keep the economic charade going for this long, despite spiking interest rates. “Part of it is psychological, but another part of it is that the consumer isn’t yet tapped out. But it’s coming,” contributor Quoth the Raven wrote. “Once savings are depleted, the next thing households do is turn to debt. And debt levels are raging higher right now.”

In the late November piece, we noted that the next expectation would be for delinquencies to rise. We’re guessing this is the trend Goldman is trying to get out in front of. “Delinquencies are definitely on their way. When those occur, spending will slow even more and the ripple effects will further penetrate through to equity markets. It may take several more months to become evident, as all of these data points operate with somewhat of a lag,” we wrote in late November.

“[Our] guess is that the stock market shows the signs well before it turns up in New York Fed data. By the time we see it in the above chart, it’ll likely be too late for markets.”