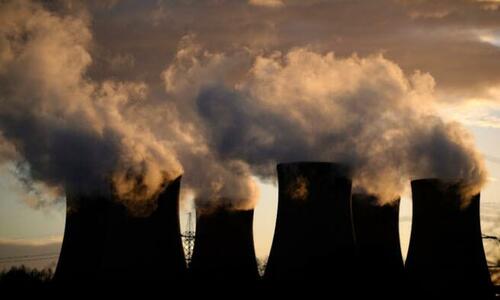 By Josh Owens of OilPrice.com

As temperatures in the UK plummet, National Grid, the transmission system operator, asked two contingency coal-fired power plants to be ready to send more electricity to the grid on Monday if needed.

“This notification is not confirmation that these units will be used on Monday, but that they will be available to the ESO, if required,” the grid operator added.

Later on Monday, the National Grid ESO said it “can confirm that it has now stood down these coal units as there is adequate available contingency for this evening.”

Natural gas generated 62.0% of electricity, more than nuclear 14.4%, wind, and biomass 4.9%. Coal accounted for 3.9% of UK electricity supply on Saturday.

Although the two contingency coal plants were not used today, this was the first time the grid operator has asked those coal units to be on stand-by since the UK postponed in the summer the previously planned closure of several coal-fired plants or units.

In September, Uniper said it would keep a unit at a coal plant in the UK available until the end of March 2023, six months after the original date for closing the unit this month. This extension is driven by the need to boost the UK energy supply through what will be a difficult winter.

Uniper, which operates the Ratcliffe on Soar coal power station in Nottinghamshire, had originally planned to accelerate the coal phase-out in the UK and to close one of four 500 MW units at Ratcliffe as early as the end of September 2022—two years ahead of the date announced by the UK government for the coal phase-out.

UK next day electricity prices surged yesterday to help attract power imports through interconnectors from Europe and record prices are expected during the peak demand hours between 5pm and 7pm on Monday.