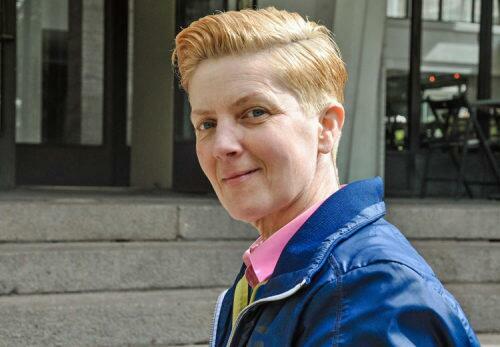 Hate speech cases across Western Europe are growing more outrageous by the year, with the latest example out of Norway reaching new heights of absurdity. This as various countries’ laws get narrower and narrower over what can or cannot be said regarding ‘gender identity’.

A woman in Norway is being threatened by the government with a stiff prison sentence for the alleged “hate speech crime” of pointing out that a man cannon become a lesbian.

What’s more is that the filmmaker and actress currently under investigation by Norwegian authorities, Tonje Gjevjon, is herself a lesbian – and quite a prominent personality in popular culture as well. On the other side, is a “transgender female” who claims to be a “lesbian mother” named Christine Jentoft, who has a history of publicly denouncing people for ‘transphobia’.

Gjevjon’s offending words which triggered outrage were previously posted to Facebook as follows:

She was then informed on November 17 that there’s now a formal criminal investigation which was opened by prosecutors for allegedly violating national laws related to protecting “gender identity and gender expression”.

Gjevjon has long been on record as saying that the trans agenda is in reality “harmful” and “discriminatory”  for women, especially lesbians. Last year, for example, she called on government ministers to “take action to ensure that lesbian women’s human rights are safeguarded, by making it clear that there are no lesbians with penises, that males cannot be lesbians regardless of their gender identity.”

Her Facebook posts are now subject of a criminal probe. Gjevjon has said the country’s laws have in effect become discriminatory against women. 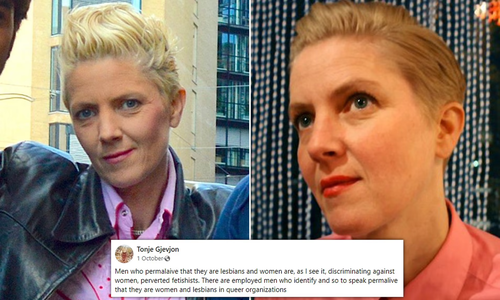 The Minister of Culture and Equality Anette Trettebergstuen responded to this challenge publicly by saying, “I do not share an understanding of reality where the only two biological sexes are to be understood as sex. Gender identity is also important.”

Trans activists have long been out to get Gjevjon, with the actress and filmmaker later saying she knew her Facebook post would result in an avalanche of backlash. Meanwhile, her opponents have repeatedly denounced her as a “trans-exclusionary radical feminist”, or TERF. The whole issue is similar to denunciations of J.K. Rowling and the so-called “trans community” trying to get her de-platformed.