Everything Is Fine… Until It Isn’t 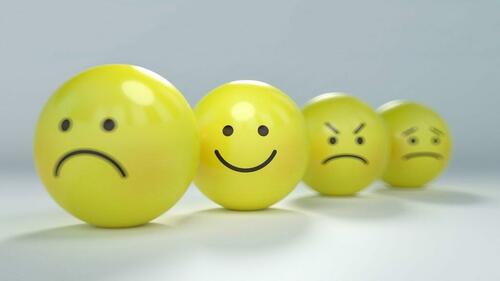 For months, Peter Schiff, me, and a few others have been saying the economy is teetering on the brink of a collapse.

But nothing has happened.

Are we just wrong?

It would be easy to conclude that we’re crying wolf. But before you write us off, I think you should consider another factor.

Predicting the exact timing of an event is much harder than generally recognizing that an event is on the horizon.

It’s a little bit like forecasting weather. A meteorologist might know that a cold front is coming next week. She can see the changes in the atmosphere. But knowing a cold front is looming and saying it will come through at precisely 10:30 a.m. on Wednesday are two different matters.

I’m certain an economic downturn is imminent because I can see it brewing in the economic atmosphere. But I can’t tell you exactly when the crash will occur. Nor can I predict exactly what will precipitate it.

There is plenty of data out there suggesting that the US economy is already in the midst of a downturn. There are also some tremors under the surface signaling the underlying rot in the economy. For instance, some analysts have already said the volatility in the bond market could force the Federal Reserve to abandon balance sheet reduction. But there is still enough momentum in the economy to allow people to plausibly deny the problems.

Arguments about data aside, as I said when the Fed cranked up interest rates another 50 basis points at its December meeting, my pessimism is rooted in more fundamental dynamics. In a nutshell, this economy is not built to operate in a high-interest-rate environment. And the Fed has now raised interest rates to the highest level since 2007.

Quite simply, the US economy is addicted to easy money. It is addicted to artificially low interest rates and quantitative easing. You can’t take an addict’s drug away without sending him into withdrawal.

In the aftermath of 9/11 and the dot-com bubble bursting, the Fed dropped rates to 1%, at the time, a historically low level. That blew up the housing bubble. In 2004, the Fed began normalizing rates. They peaked at 5.25% in 2006. That precipitated the housing bust and ultimately the financial crisis in 2008.

To be fair, Peter Schiff and I aren’t the only people worried about a recession. There are a lot of people in the mainstream saying the Fed needs to stop raising rates or it is going to cause an economic downturn. These folks are only half right. It’s not the rate hikes that will cause a recession. The Fed set that stage when it cut rates in the first place.

In a recent Bloomberg article, a group of economists voiced their fears that the Federal Reserve’s inflation fight may create an unnecessarily deep downturn. However, the Federal Reserve does not create a downturn due to rate hikes; it creates the foundations of a crisis by unnecessarily lowering rates to negative territory and aggressively increasing its balance sheet. It is the malinvestment and excessive risk-taking fueled by cheap money that lead to a recession.”

When you understand these economic fundamentals, it becomes clear that the US economy is heading toward a cliff. But I still can’t tell you exactly when it will plunge over.

A few days ago, I was revisiting the timeline before the 2008 financial crisis and the ensuing Great Recession, and I realized the dynamics were much the same in 2006 and 2007 as they are today.

Peter Schiff, Ron Paul and a few others were warning of a housing bust and financial crisis as the mainstream insisted everything was fine. In fact, up until the point Lehman Brothers went under in the fall of 2008, some people were still insisting everything was fine.

Of course, in retrospect, everything was far from fine as far back as 2006.

And the Fed knew everything wasn’t fine. That’s why it started cutting interest rates in September 2007 — while still insisting everything was fine.

My point here is that everything is fine. Until it isn’t.

The Fed (the drug pusher) has been slowly cranking down the amount of drug it’s giving to the addict. The addict is already feeling the pain but hoping against hope he will get a bigger fix soon. That’s why the markets react with glee every time we get bad economic news or good news on the inflation front. The addict thinks that means the Fed will go back to the status quo – pushing the drugs.

But at its December meeting, the Fed cranked down the drug level even lower.

Jerome Powell keeps saying the Fed can still manage a “soft landing.” But no matter what the pusher says, you can’t take away an addict’s drugs without causing pain. And at some point, the addict is going to go into full-blown withdrawal.

That’s why I’m convinced that at some point in the relatively near future, something big will break. There will be another Lehman-type event that sets off a crash nobody can deny. But when that happens, I can’t say. It could be next week, next month, or even a year from now. Regardless I believe the die has already been cast. It was cast the moment the Fed started running the printing press.

The question is what does the Fed do when this happens? How will it respond when it can no longer plausibly deny the economic chaos? Does go back to giving the addict his drug? Or does it let the addict die?

If history is any indication, the Fed will go back to drugging up the economy. That means inflation wins. And if it doesn’t, you can expect a financial crisis that will make 2008 look like good times.

As Peter Schiff said in a recent tweet, “A pivot will send inflation soaring, which will compound the problem. But if they don’t pivot, we don’t just get a severe recession, we get a worse financial crisis than the one we had in 2008.”