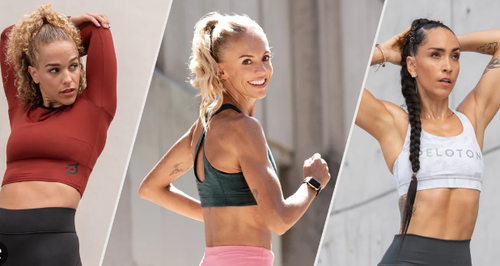 In addition to just trying to keep its business afloat, Peloton now looks like it has…other problems.

And in other news, it isn’t just Instagram where scantily-clad profiles are looking to follow you, become instant friends and make small talk about how you can Venmo them money or join their crypto trading room. And, just like at the strip club, we hate to inform you that they’re probably not actually that interested in who you are as a person.

The workout company said this week that it is starting to block accounts on its platform that have been created with “inappropriate content” – which can include anything things like explicit profile pictures.

“Today, Peloton is taking active action against accounts being intentionally created with inappropriate content, including explicit imagery in their profile picture,” the company wrote in an email to its members at the beginning of the week.

“These explicit images are a direct violation of our standards and terms of service,” the company said in a statement this week.

Users “may not use someone else’s name, or any name, location, other public profile information or image that violates any third party rights, is against the law, or that is offensive, obscene or otherwise objectionable,” the company’s Terms of Service says.

The company’s new CEO called Peloton a “work in progress” that’s in the midst of a turnaround last month, Bloomberg said.