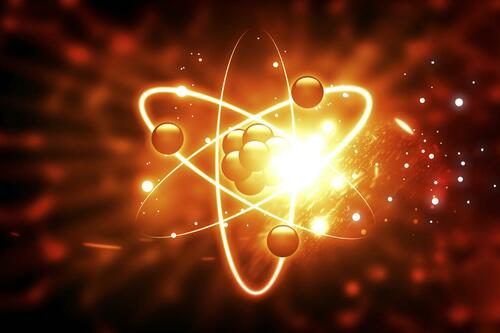 Authored by Lawrence Kadish via The Gatestone Institute,

It may prove to be as historic as the harnessing of fire, invention of the wheel, or the channeling of electricity. It will certainly rank on a par with the first release of nuclear energy in an experimental Chicago reactor or its first test as an atomic weapon near Los Alamos, New Mexico.

It is the first successful experiment to extract power from controlled fusion.

It may take a decade or more to convert their successful experiment into commercially available power, but what it offers is an inexhaustible, readily available source of clean energy that eliminates pollution, greenhouse gases, or radioactive waste from the current generation of nuclear reactors.

In short, it has the means to be as powerful and transformative than any advance in energy technology mankind as ever deployed to run its society.

Fusion occurs within our Sun and the stars that fill our night sky. The process combines hydrogen atoms, turning it into helium and producing the sunlight that allows civilization to exist orbiting some 93 million miles from the Sun. In an effort to replicate that law of physics, American scientists have used reactors and lasers to determine how they can harness its enormous power. (It has been estimated that a modest container of the “fusion fuel” is equivalent to one million gallons of oil, generating some 9 million kilowatt hours of electricity.)

As we discovered with the invention of the atomic bomb, physics can’t be kept as a national security secret.

The Soviets were working on trying to figure out how to harness fusion for something other than a hydrogen bomb more than half a century ago. Before the fall of the Soviet Union, there was even a mutual assistance program announced by Ronald Reagan and Mikhail Gorbachev.

But leadership in energy technology is crucial to a nation that is founded on freedom and committed to remaining a global superpower for good. America has already invested hundreds of millions of dollars into fusion research and it is beginning to pay off in this most recent announcement of a breakthrough. New and expanded research efforts are being announced by America’s scientific community in concert with universities such as MIT and with Western nations. They are suggesting the first commercial power station might come online as early as the 2030s.

Smart oil company executives who also recognize the power of physics will immediately understand that fossil fuels could very well become a museum curiosity if the key to unlocking the power of fusion has just been found. If that is the case, they too should begin to invest in these advances, accelerating our leadership in fusion while ensuring they have a seat at the table when the Oil Age comes to an end.

It is rare for us to recognize a turning point in humankind’s history. Too often it comes with the declaration of war. In this case, it is the sharp light of lasers illuminating a power as old as creation, one that is about to change the course of civilization for the better.