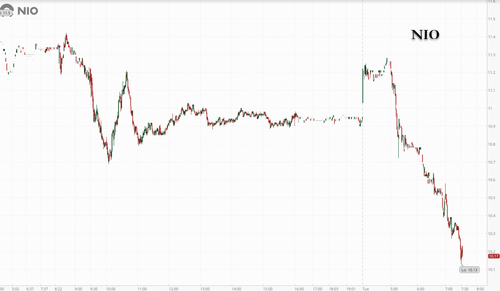 Just hours after we wrote this weekend about Nio CEO William Li’s less than optimistic comments about starting off the 2023 year for EVs, the company was out to adjust its delivery outlook for Q4 2022.

And, surprise, surprise, the “adjustment” wasn’t to the upside…and Nio shares aren’t liking the news – joining Tesla this morning in plunging more than 6%.

In a press release out Tuesday morning, Nio said it “has been facing challenges in deliveries and productions, together with certain supply chain constraints, caused by the outbreak of the Omicron coronavirus variant in major cities in China.”

“While our teams have strived to maintain continuous operations on all fronts, we were not able to reach our full capacities, particularly when there have been disruptions on delivery and registration procedures involving users. The Company now expects to deliver 38,500 to 39,500 vehicles in the fourth quarter of 2022, adjusted from previously released outlook of 43,000 to 48,000 vehicles,” the press release said. 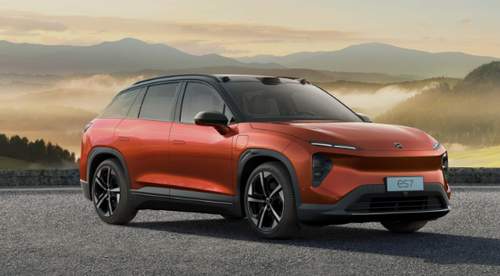 Recall, Bloomberg reported on Sunday that Chief Executive Officer William Li said this week that the company could “face a challenging first half as a cut in government subsidies and the broader economic slowdown erode local demand in the world’s largest new-energy vehicle market”.

Li said that demand could be pulled forward to the end of 2022 as customers look to try and place vehicle orders before national subsidies run out. He made the comments in Hefei, Central China this week, also noting that that the residual effects of the pandemic continue to mire the company. 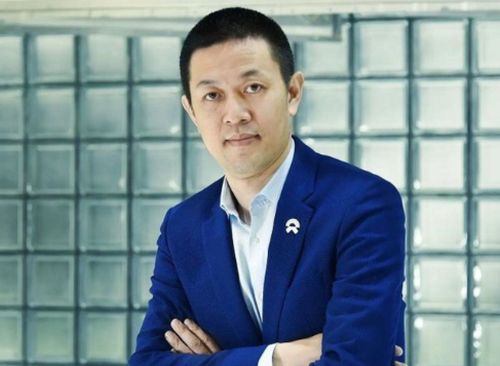 “It will also take time for both the supply chain and consumer confidence to recover from the pandemic,” he said.

Though Li says he expects a “full recovery” by May or June, we’re not so sure. The industry looks bleak. For example, Tesla also announced last week it would be halting production for slightly longer than expected at its Shanghai plant this month.

Additionally, just days ago we published commentary from an auto industry insider who said that a “massive wave” of car repossessions and loans defaults would soon be on the horizon in the United States.

As we noted in early December, for almost a year now, we have been dutifully tracking several key datasets within the auto sector to find the critical inflection point in this perhaps most leading of economic indicators which will presage not only a crushing auto loan crisis, but also signal the arrival of a full-blown recession, one which even the NBER won’t be able to ignore, as the US consumers are once again tapped out. We believe that moment has now arrived.