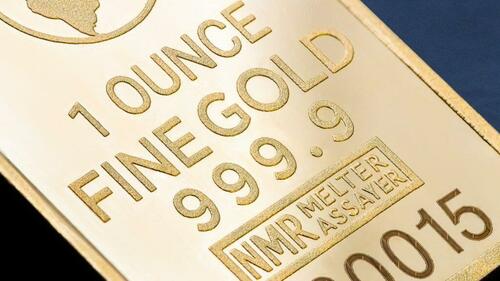 Peter Schiff recently said he is very bullish on gold in the year ahead.

Obviously, I’ve been bullish for a while. But I’m even more bullish now to the extent that’s possible, based on what’s been happening.”

Peter is not alone. Doug Casey also thinks 2023 will be “the year for gold.”

Gold basically traded sideways in 2022. With a few days left in the year, gold is within $20 of its price on Jan. 1, 2022. While this may seem disappointing given it was a year of inflation, gold has fared much better than most asset classes, despite headwinds created by a strong dollar and the Fed’s inflation fight.

Peter said most investors don’t realize the game has changed. The economy is going to tank and inflation will continue.

We’re going to be living in a high-inflation environment for the foreseeable future. Rates are not going back down to zero, but they’re still going to be negative in real terms.”

Peter also emphasized that the decline of the dollar is going to kick into a higher gear when the Fed does stop raising rates because the economy is too weak and the central bank has bigger things to worry about than inflation.

This is bullish for gold.

When asked for his “top speculation” in 2023, Casey said, “This is going to be the year of gold.”

Not to say it won’t also be a great year for other resources like uranium and oil, but I think this is going to be the year for gold. And therefore, for gold stocks.”

Casey said, “Interestingly, most people are completely unaware of this.”

Since gold has been relatively flat for the last year, Casey said it is “reasonably priced relative to other tangible assets.”

But he emphasized that it is going to go higher.

Because there will be serious talk of remonetizing it; BRICS don’t want to use the dollar—and for good reason.

The public, who’ve forgotten gold even exists, will start buying it, driven by fear – fear of currency debasement, and fear of counterparty risk in the financial markets.

So physical gold is going to do really well in 2023. And gold miners will do even better.”