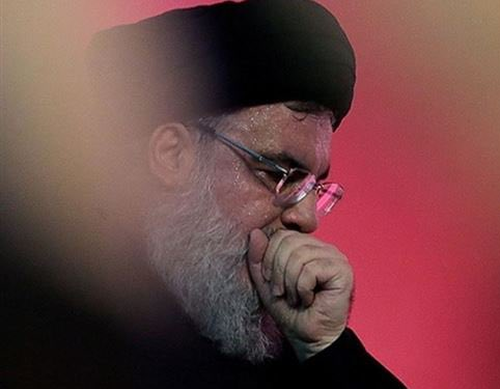 Regional media is reporting that Hezbollah Secretary-General Hassan Nasrallah is in a Beirut hospital and said to be in serious condition, setting off intense speculation over the fate and future leadership of the powerful Lebanese Shia paramilitary group with ties to Iran.

Israeli media is claiming that Nasrallah suffered a stroke after an important Friday speech was unexpectedly canceled. Nasrallah is among the most powerful and prominent leaders in Lebanon and throughout the region, seen as head of an Iran-backed terror organization by Israel, the US, and much of the West. However, he’s hailed as a “hero” by many from Syria to Iraq to Iran as part of the ‘axis of resistance’.

For years, Israeli intelligence has sought to track his whereabouts in hopes of initiating a kill or capture mission, but the Hezbollah leader is known for his secrecy and ability to evade Israeli eavesdropping measures, and also rarely does in-person speeches – instead appearing to supporters via televised feed from secret locations.

As The Jerusalem Post notes, Hezbollah officials are denying that a stroke hospitalized Nasrallah, instead saying its a bad bout of the Flu. “The reports came after Nasrallah canceled a planned Friday speech, with the Lebanese terrorist organization announcing through its affiliated media he had fallen ill with influenza and was unable to speak well,” according to the report.

This led to reports that he’s unconscious and in intensive care, but this was shot down by his son as “untrue”.

Hezbollah leader Hassan Nasrallah cancelled a speech scheduled for this evening due to health reasons. Hezbollah said in a statement that Nasrallah has the flu, “which hinders his Eminence from speaking in the usual and natural manner while he is receiving appropriate treatment.” pic.twitter.com/5qYlG5A33Z

Since emerging as head of Hezbollah in the early 1990’s, Nasrallah’s state of health has long been subject of intense speculation and rumors, especially when he abruptly cancels a speech or disappears from the public eye – much like the kind of close scrutiny that North Korea’s Kim Jong-Un receives.

It’s well know that Israeli and US intelligence closely monitors Hezbollah’s media arm for any indicators that would impact the military readiness and leadership of the organization. This is especially as Israel sees Hezbollah as its most immediate ‘enemy #1’ on the Jewish state’s northern border.