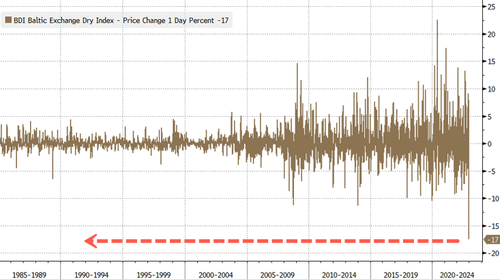 The Baltic Exchange’s dry bulk sea freight index crashed on Tuesday in the worst decline on record, sinking on prospects of a global recession.

Baltic Dry Good Index is a measure of global shipping and economic health. The overall index, which tracks rates for capesize, panamax, and supramax shipping vessels carrying dry bulk commodities, plunged 17.5% to $1,250, the most significant daily decline since 1984.

The drop comes days after International Monetary Fund Managing Director Kristalina Georgieva warned on CBS’s ‘Face the Nation’ in an interview aired on Sunday that a third of the global economy will be in recession this year. 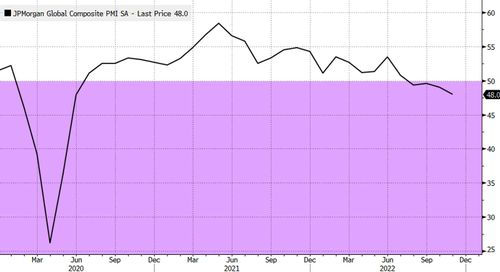 Lumber, copper, and crude are three industrial commodities that send warning signals about impending global economic turmoil. All three are well off their highs. Looking at broad commodity indexes via Bloomberg, the peak in ag, energy, and industrial metals appeared to be last summer. 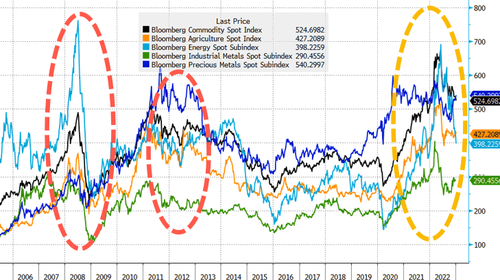 With a gloomy economic outlook and flashing alarms from the world of shipping and commodities, recession risks are elevated this year as central bankers aggressively hike into a downturn. What could possibly go wrong? 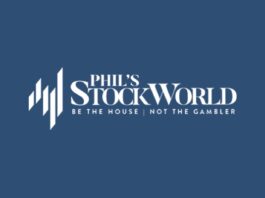 Hedge Fund CIO: “China’s Helium Balloon Is A Distraction: The... 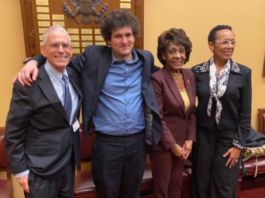 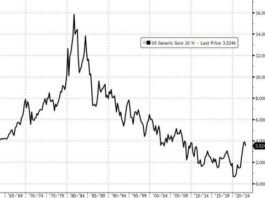