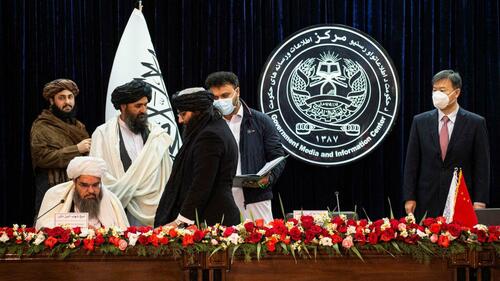 Many observers expected that in the wake of America and NATO’s somewhat frantic and ugly (to put it mildly) pullout from Afghanistan and Kabul airport in August 2021, it was only a matter of time before China would move in, securing significant resource and infrastructure deals. All along there have even been persistent rumors China was eyeing takeover of the large former US base at Bagram.

On Friday a major deal for oil extraction inked between a Chinese company and the Taliban government has been revealed, centered in northern Afghanistan’s Amu Darya basin.

CNN details that “The agreement with China’s Xinjiang Central Asia Petroleum and Gas Co is the first major international energy extraction deal the Taliban has signed since taking control of Afghanistan in 2021.”

It underscores that the Taliban increasingly sees Beijing as a desperately needed economic lifeline amid its global isolation, collapsed post-wartime economy, and facing continued Western-led sanctions and as tens of billions in foreign reserves remain under seizure.

“In terms of natural resources, Afghanistan is a wealthy nation. In addition to other minerals, oil is the wealth of the Afghan people on which the economy of the country can rely,” Baradar said.

A statement by Xinjiang Central Asia Petroleum and Gas Co said that “The project directly provides job opportunities for 3,000 Afghans,” and previewed that the company plans to invest up to $150 million a year in the project, with an expected increase to $540 million in three years. 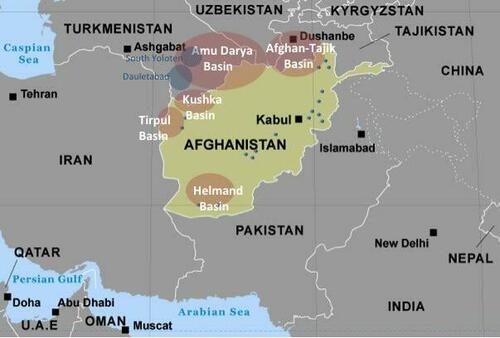 Internationally the Taliban’s rule over Afghanistan is yet to be formally recognized by any country, though multiple nations still have embassies in Kabul, China and Russia among them.

The Taliban has meanwhile come under near unanimous global condemnation for its recently banning all forms of women’s education – resulting in the shuttering of schools and the outlawing of females on college campuses. In many ways it has already returned brutal tactics it became notorious for in the 1990’s, including soccer stadium executions for violations of Islamic laws.