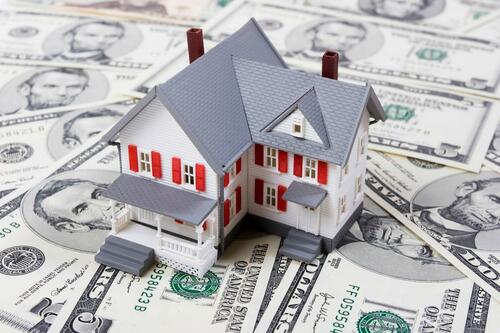 As the real estate market continues to soften amid rising rates and reduced appetites, home sellers are starting to toss in the kitchen sink and more, Axios reports.

According to the report, 42% of recent sellers have offered at least one concession to buyers, typically in the form of cash credit for things like repairs, mortgage rate buydowns, or closing costs.

This is up from 31% a year ago, and is back to levels seen in July 2020, when the housing boom was taking off. 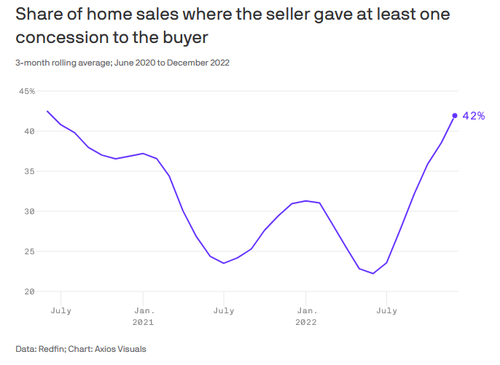 This is in stark contrast to the depths of the pandemic real estate boom, when sellers had the upper hand, and buyers were going to extreme measures to close deals – paying way over asking, and waiving inspections, among other things.

Plus: Homebuilders are offering concessions to real estate agents who bring in buyers, too. One builder in Houston is giving agents a $10,000 bonus on top of their typical 3% commission and a chance to win a Mercedes, per a flyer, shared with Axios.

According to Angela Cherry, communications director at Redfin, the boost in concessions could help explain why prices haven’t fallen faster – because even though buyers are paying less money, list prices and closing prices don’t change.

“They’re kind of masking the true cost of the transaction,” she said.

As we noted last week, housing supply has jumped the most on record as the market has begun to freeze up. What’s more, an estimated 30% of realtors “will likely quit” during the upcoming housing crash, according to Nick Gerli, CEO and founder of Reventure Consulting.