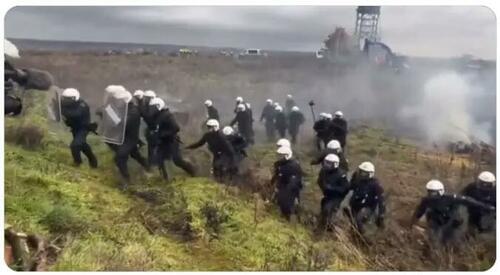 Coal provides a staggering 31% of German electricity production, up from 8% in 2015…

Hoot of the Day

The Greens forced a shutdown of nuclear power under Angela Merkel. Now they are both for and against coal, the dirtiest of all electrical power sources.

Police in riot gear began evicting climate activists Wednesday from a condemned village in western Germany that is due to be demolished for the expansion of a coal mine.

Some stones and fireworks were thrown as officers entered the tiny hamlet of Luetzerath, which has become a flashpoint of debate over the country’s climate efforts, on Wednesday morning.

Police spokesman Andreas Mueller said the attacks on officers were “not nice” but noted that most of the protest so far had been peaceful.

By Wednesday afternoon dozens of activists remained camped out in Luetzerath, some in elaborate tree houses, as police slowly moved through the village clearing barricades and a communal soup kitchen.

Environmentalists say bulldozing the village to expand the nearby Garzweiler coal mine would result in huge amounts of greenhouse gas emissions. The government and utility company RWE argue the coal is needed to ensure Germany’s energy security.

Some activists expressed particular anger at the environmentalist Green party, which is part of both the regional and national governments that reached a deal with RWE last year allowing it to destroy the village in return for ending coal use by 2030, rather than 2038.

Vice Chancellor Robert Habeck, a Green who is Germany’s economy and climate minister, defended the agreement as “a good decision for climate protection” that fulfills many of the environmentalists’ demands and saves five other villages from demolition.

Let Me Be Coal-free, But Not Just Yet

In our public story we note that the German Green party has unwittingly become the biggest supporter of coal-fired power in Germany. You could not make this up. https://t.co/VKWTz4IeXi

Eurointelligence has an amusing writeup Let Me Be Coal-free, But Not Just Yet.

Yesterday’s pictures of police marching in on protesters trying to protect a lignite field is symptomatic of the many contradictions of German energy policy. Here you have Green ministers, Robert Habeck among them, defending police action against protesters, most of whom are members or at least voters of the Green party. The lignite deal was negotiated by the Greens themselves. We are now observers of the absurd spectacle of the Greens defending the dirtiest version of coal.

The reasons this has became necessary is because the Green party has pushed the entire political class, Angela Merkel in particular, into an early exit from nuclear power. It is not just about the three power stations due to go offline on April 15. It is an entire industry that has been phased out. Coal constitutes a staggering 31% of German electricity production. In 2015, it was only 8%.

The official exit date for coal-fired power in Germany has been brought forward from 2038 to 2030, but that happened before the Ukraine war. We would not be betting on this timetable. The cheap Russian gas is gone, and will never return. Nuclear will be gone in April. Betting on the 2030 exit date is betting on the absence of shocks.

This Saturday, Greta Thunberg will appear in Lützerath, and will possibly remind the Greens of the many contradictions of their own energy policy. Now with the Greens firmly entrenched in government, energy policy is getting deeper and deeper into an unbelievable mess.

German police are evicting climate activists trying to stop the bulldozing of a village for the expansion of a coal mine.

Germany is desperately trying to secure energy supplies now that sanctions on Russia are creating dire shortages in the country. pic.twitter.com/BJ39EvUjwp

‘I've been here for a week now’: Here is why climate activists are defending an abandoned village in Germany in a showdown over the expansion of an opencast coal mine https://t.co/PXudtTKs9g pic.twitter.com/tR97xgu65V

Aside from the directly visible destruction of the land, these are often mines for "brown coal" or Lignite which is often far dirtier than traditional black coal in terms of emissions. It's some gross stuff: https://t.co/Dvk8vCNmG8

“Aside from the directly visible destruction of the land, these are often mines for “brown coal” or Lignite which is often far dirtier than traditional black coal in terms of emissions. It’s some gross stuff:”

The German village of Lützerath is facing demolition to make way for a coal mine expansion.

But wait, wasn't Germany supposed to phase out coal? We explain 👇 pic.twitter.com/1Bsofgi4tT

“The soil there is extremely rich in lignite, a brown, soft type of coal, which is known for being the most polluting fossil fuel out there.”

We have to destroy the village and mine the dirtiest coal type to save the environment.

Vice Chancellor Robert Habeck, a Green who is Germany’s economy and climate minister, defended the agreement as “a good decision for climate protection” that fulfills many of the environmentalists’ demands and saves five other villages from demolition.

What a hoot! (And Thank You Angela Merkel) 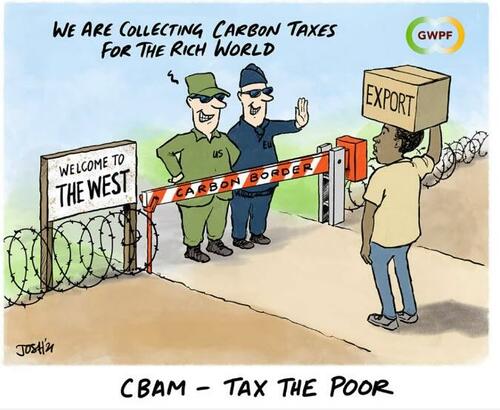 Meanwhile, while Germany is tearing up towns to mine Lignite, the EU Imposes the World’s Largest Carbon Tax Scheme labeled CBAM

CBAM stands for Carbon Border Adjustment Mechanism. It is a tax on imports from countries that do things like burn coal to produce goods.

A Mad Rush to Build More EV Factories, But Where are the Minerals? 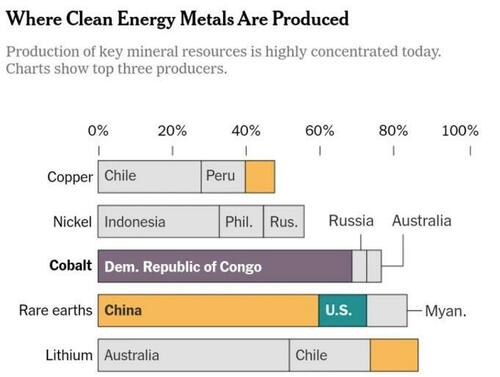 In the US, there’s a Mad Rush to Build More EV Factories, But Where are the Minerals?

Where we get the Lithium, nickel, cobalt, Manganese, and graphite to build all the batteries for the EVs without driving up the cost is a mystery.

As an added bonus, Biden’s IRA is a Flagrant Violation of WTO Rules due to subsidies that push US only solutions.

This is not only inflationary madness, it’s environmental madness as well.