Europeans Are Divided Over Air Taxis 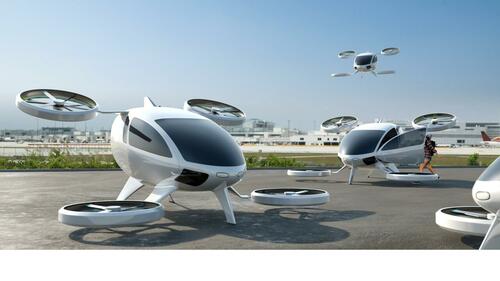 Air taxis are predicted to hit the skies in 2024 and 2025 in a handful of cities around the world.

A number of established aerospace corporations such as Airbus as well as startup competitors, many of which are backed up by automotive manufacturers, are racing to bring their products to market, whether they are self-autonomous or piloted vehicles.

The European Union Aviation Safety Agency conducted a survey across several European cities to find out where residents stand on the new technology. As Statista’s Anna Fleck shows in the chart below, when asked if they would be rather/ very likely to try out an air taxi, all countries were fairly evenly split. 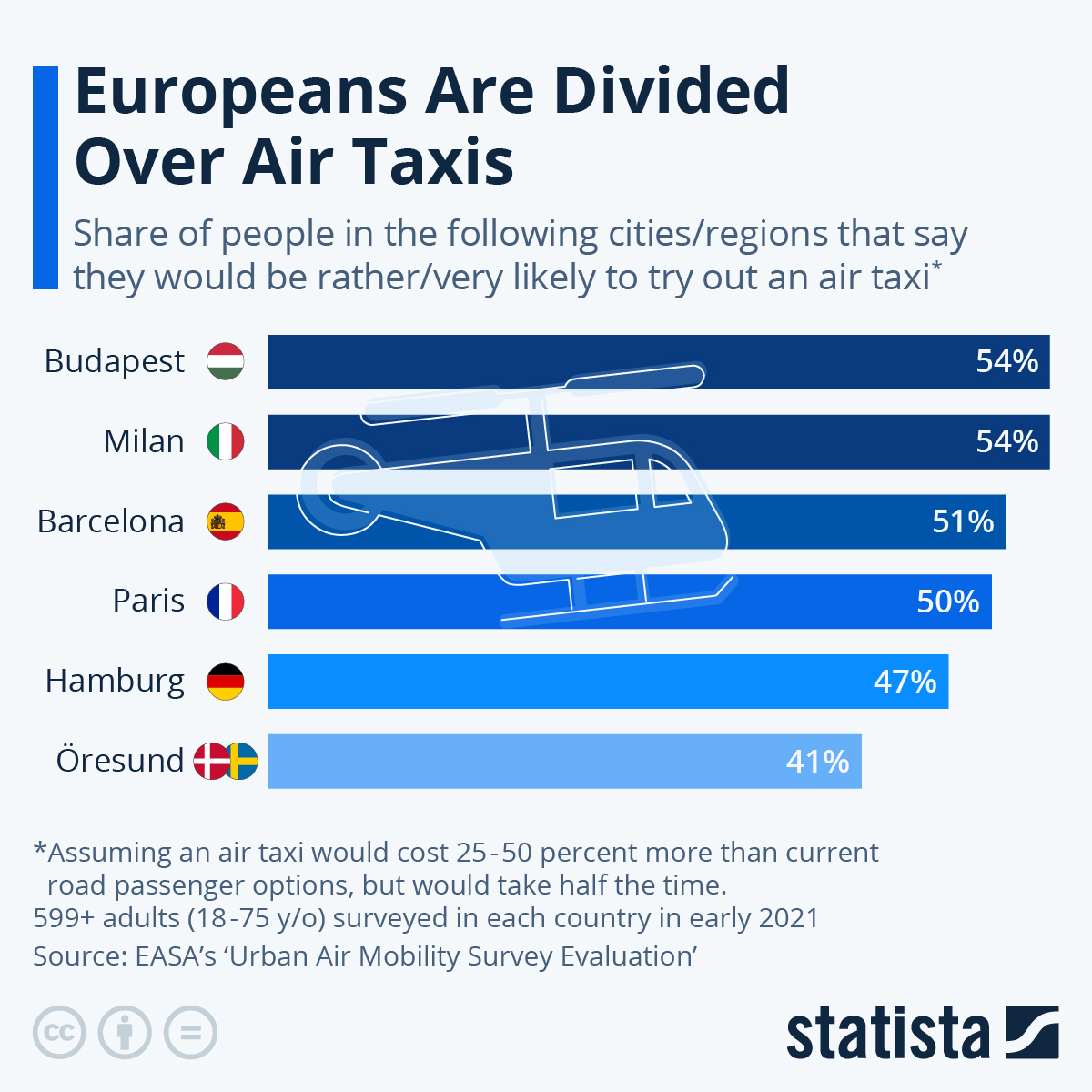 This was with the caveat that an air taxi would be expected to cost 25-50 percent more than current road passenger options, such as Uber or a local taxi, but would take around half the time to reach the destination.

At the more welcoming end of results, just over half of the respondents in Budapest and Milan (54 percent) said they would try the new type of taxi, versus a slightly lower 41 percent that said they would in Norway/Denmark’s Öresund region.

Where 7 in 10 Europeans said they could accept the fact that manned air taxis could fly above their heads, they were less sure of the prospect of an unmanned air taxi (44 percent). These levels of apprehension were similar when considering being a potential passenger rather than a pedestrian, with 75 percent of respondents saying they would be interested in trying out a manned air taxi themselves versus 43 percent that would be open to trying an unmanned model.

Safety was the major concern cited among respondents, as well as noise, for instance near the vertipads used for take off and landing, security, and thoughts for local and global environmental issues. The latter includes a negative impact on bird life and insects, decreases of biodiversity, and the global environmental impact on climate change. Researchers found that these concerns varied by subgroup, for example, safety and noise concerns increased slightly with age, education and income, while more women and younger respondents shared environmental concerns.

Respondents thought Urban Air Mobility used for passenger transport would be most useful for bridging long distances. For example, 41 percent thought that air taxis would be particularly useful as shuttle services to airports, followed by 38 percent saying they would be good for regional air mobility and 36 percent mentioning commuting from a suburb to the city center. There’s then a drop of 10 percentage points to 26 percent who thought UAM would be useful for point to point travel within a city and only 23 percent who thought it would be good for sightseeing by air taxi.