Market Manipulation, Systemic Risk and Fraud, Pure and Simple, And It Continues Today

Market Manipulation, Systemic Risk and Fraud, Pure and Simple, And It Continues Today 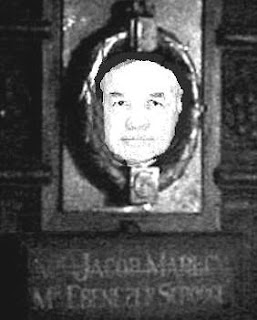 This article by the Financial Times should remove any doubt in anyone’s mind that Goldman Sachs was willfully selling fraudulent financial instruments. It appears that they were working in conjunction with Ratings Agencies, Mortgage Origination Firms, and Hedge Funds to cheat investors.

"Cheat" means to circumvent or distort the normal price discovery process through misrepresentation, price manipulation, and omissions and distortion of key data.

Carl Levin summarized the situation in his opening statement this morning in tying together various Congressional hearings and investigations into aspects of the recent financial crisis and the underlying frauds. It sounds remarkably like the frauds that Enron had so recently inflicted on the American public.

In particular, Congressman Levin gave a good description of the key role that derivatives played in this control fraud.

"Of special concern was Goldman’s marketing of what are known as “synthetic” financial instruments. Ordinarily, the financial risk in a market, and hence the risk to the economy at large, is limited because the assets traded are finite. There are only so many houses, mortgages, shares of stock, bushels of corn or barrels of oil in which to invest.

But a synthetic instrument has no real assets. It is simply a bet on the performance of the assets it references. That means the number of synthetic instruments is limitless, and so is the risk they present to the economy. Synthetic structures referencing high-risk mortgages garnered hefty fees for Goldman Sachs and other investment banks. They assumed an ever-larger share of the financial markets, and contributed greatly to the severity of the crisis by magnifying the amount of risk in the system.

Increasingly, synthetics became bets made by people who had no interest in the referenced assets. Synthetics became the chips in a giant casino, one that created no economic growth even when it thrived, and then helped throttle the economy when the casino collapsed."

This is also a good description of the basis of the emerging scandal in the silver market, and other commodity markets such as those that Enron manipulated, in which synthetic bets are being used to manipulate price, and improbable sales are being misrepresented under the cover of secrecy and opaque markets as actual sales, when in fact they are merely derivative bets in which the seller may be manipulating the price and taking the other side of the sale above and beyond their actual delivery of the goods. When is Gary Gensler, the Goldman Sachs alumnus chairing the CFTC these days, finally going to institute some significant reforms in the US commodity futures exchanges?

The further question one might ask is, "When is the Administration going to put the FBI and the Justice Department to work in the more serious criminal investigation of the perpetrators of this fraud, with an eye to prosecutions under the RICO statutes?"

A lack of effective regulatory response and reform to the Enron and Worldcom scandals, facilitated by the inappropriate if not pandering monetary and regulatory policies of the privately owned Federal Reserve Bank, allowed the even larger housing bubble to form, bringing the US financial system, and indeed the global economy, to the brink of calamity.

This failure on the part of the US to rein in its financial sector jeopardizes all of us, because of the position of their banks in deals around the world, but in particular because of the place of the US dollar as the world’s reserve currency.

President Obama does not need the Republicans to begin serious investigation by his branch of government. Indeed, this is why he was elected, and the promises that he had made to voters.

The existing financial reform legislation being debated in the Congress is unlikely to be strong enough to prevent the next Enron-like fraud, and indeed, is unlikely to even shut down the existing frauds in the commodity markets, recently disclosed by whistle-blowers.

We suspect the Administration and the Congress are putting forward a good show for the public, even while continuing to take millions of dollars in contributions from the industry, and the very firms that are under investigation like Goldman Sachs. Firms that have been and are continuing to receive government subsidies including but not restricted to TARP funds and FDIC subsidies, while they continue to lobby against financial reform and presumably their own investigations.

This is a reform government? Don’t make us laugh.

Reform is best when it is driven by a desire to see oaths and promises upheld, and justice done. It is at its worst when it is just a political deal to ‘get something done’ to silence the voices of critics.

As an aside, in my estimation the reporting on Bloomberg financial television is hitting new lows each day. They are so willfully unbalanced and misleading in their reporting that it beggars the mind. It is a disgraceful sham to call it journalism.

Goldman Sachs officials privately disparaged a complex $1bn mortgage security that the Wall Street bank sold to investors, according to e-mails released by Senate investigators on the eve of hearings on Tuesday on the bank’s role in the financial crisis.

The disclosure of the e-mails by the Senate subcommittee on investigations, which is conducting the hearing, opens up a new front in Goldman’s battle to defend itself against accusations that it put its interests ahead of its clients.

The Securities and Exchange Commission earlier this month alleged that Goldman fraudulently failed to disclose that a hedge fund influenced the composition of a complex mortgage-related security, called Abacus, underwritten by the bank.

The Goldman communications released on Monday involve Timberwolf, another so-called collateralised debt obligation, or CDO, which was structured by the bank to give investors a chance to bet on subprime mortgages.

Tom Montag, then a senior Goldman executive and now head of corporate and investment banking at Bank of America, was quoted as describing the deal in an e-mail as follows: “Boy that timeberwof (sic) was one shi**y (sic) deal,” according to the Senate subcommittee.

The subcommittee said that Matthew Bieber, the Goldman trader responsible for managing the deal, later described the day that the Timberwolf security was issued as “a day that will live in infamy”, recalling the language President Franklin Roosevelt used for the Japanese attack against Pearl Harbor.

Lawyers for Basis Yield Alpha Fund, a hedge fund that was forced to liquidate after its $100m investment in Timberwolf plummeted in value, have been holding talks with Goldman about the deal, according to a person familiar with the matter.

Within five months of issuance, Timberwolf lost 80 per cent of its value. The security was liquidated in 2008. Among the biggest buyers of Timberwolf was a hedge fund under Bear Stearns Asset Management, which held $300m of the $1bn deal, before the Bear fund collapsed, according to the Senate material.