We HAVE to try to get more bullish.

USUALLY, the market (and its investors) understands that where there is smoke,t here is fire.  The last time ECRI was this low (on the way down) was early 2008, by which time we KNEW the economy was stalling and the Government gave us a tax rebate that goosed us for a few months but then we crashed and burned in a horrible, horrible mess that kind of made us wish they hadn't screwed around in the first place.

Clearly, things are much better than they were in late 2008/early 2009, right? I believe, at the time, people thought the World was going to end and they were lining up at banks in Europe to withdraw money and the US had 300 bank failures and the FDIC was down to its last $50M to cover the $8Tn worth of cash on deposit (all better now, they have $850M!) and 1,000,000 people a single month were losing their jobs…  Yes, things are better than the end of the World, that's for sure!

By the way – ROFL to people holding gold – nice returns!  See oil is at least a thing that is actually used by people.  Gold is a DECORATION – it has no real value!  Oh well, I gave up on trying to explain this to gold bugs long ago.  If the fact that gold dropped 30% during the last crash didn't convince them it's not a hedge, nothing will so let's move on.  So oil and Germany were the places to be in the past 6 months, with the FTSE and the NYSE (the two largest indexes besides the NYSE and the AAPLdaq) bringing up the rear and the Nikkei (3rd largest) coming on strong with a 20% power move since January.

I do not, frankly, have the expertise or resources to dissect the DAX and why they are up 38.8% other than the obvious explanation that it's like saying the deck chairs on the back of the Titanic were really popular near the end of that voyage – just before that end of the ship went down with the rest.

That's right, Germany is the Gold of Europe – for the moment – and people rush to the relative safety of the German markets, now just 12% off their 8,100 all-time high in 2007.  While it may sound "right" that we are 10% under our 2007 highs, what we forget is that, in 2007, we were mispricing (or not pricing at all) the potential risks in the markets.

Now we KNOW that there are problems that can hamper our bullish earnings forecasts:  Unemployment, Housing Declines, Tsunamis, Nuclear Disasters, Civil Unrest, Sovereign Defaults, State Defaults, Local Government Defaults, China Stalling, India Collapsing, Austerity, Social Safety Net Collapsing…  These were not really big concerns in 2007 and I'm even assuming that Terrorism and a possible war with Iran were on people's radar and priced in.

This is not a laundry list.  I'm not talking about asteroids hitting the Earth (not until 2036) or dangerous disease outbreaks (hey, we made it through Bird Flu and Mad Cow) due to Global cutbacks in health care or $160Tn of Credit Default Swaps that we now know no one is ever going to make good on.  Anyway, it's almost April and April is the month the VIX hits it's lows (see David Fry's chart) because the Government doesn't want you to worry in April – they just want the check you owe them for the money you made on their market manipulation before they pull the rug out and take is all back.

The bull case is, on the other hand, simple and clear – our Government – ALL Governments, for that matter, are NOT going to let the markets fall.  After $13Tn of Global bailouts and Stimulus in the past 3 years, shame on us for not getting the message – our leaders will do ANYTHING to protect their phony-baloney jobs, harrumph!

Let's keep in mind that these are our markets WITH almost the entire GDP of the United States pumped in as stimulus.  God help us all if that well ever runs dry as we're barely back to those 2007 levels WITH $4Tn a year being pumped in.  Of course, that $13Tn is simply added to the Global debt pile and wasn't the Global debt pile one of the things that triggered the crisis in the first place?  Oh hey, look at AAPL!  Now, what were we talking about?  Oh yes, AAPL, what a great stock – IPads for everyone, harrumph!

We discussed the 10 stocks we're using to follow the herd in yesterday's post.  Our Members have had plenty of time to fill up on those and we're beginning our next list of 10 bullish trade ideas this weekend (and see yesterday's chat for a great GLW play).   Not for publication are 12 stocks we are taking bearish positions on while the VIX is this low but I will point out one very good one to close this post. 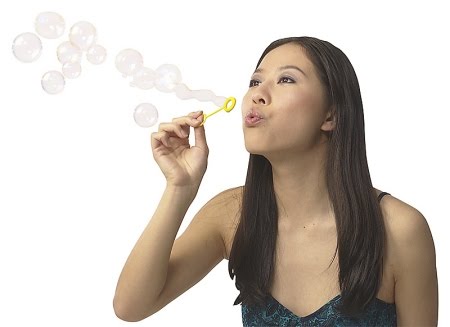 If China is stalling (and there is much evidence of that) then obviously FXI ($38.75) is a good short or maybe long EDZ (now $12.08) but, for those of us who subscribe to Aviation News (doesn't everybody?), we saw this morning that Cathay Pacific had a 61% decrease in profits with "slumping cargo demand" and lower bookings while China Southern also reported a 50% drop in their profits with the first drop in domestic flights in 3 years on "lower passenger and cargo volumes and high fuel prices."

As I said, this was one of a dozen short opportunities we identified yesterday in Member Chat and we lucked out on the airline news today – now we'll see if it does indeed affect PCLN's stock or if they, like the rest of the Nasdaq – are just following AAPL to the moon.

Walmart opening at 12:01 to sell iPads

Walmart Supercenters are open 24 hours a day anyway. This must have been written by someone in Noo Yawk where Wally World has yet to penetrate and electronics are sold off the back of trucks by Lebanese entrepreneurs with mirrored designer sunglasses.

"Matt Taibbi serves up his newest can of vitriol for "too crooked to fail" Bank of America (BAC): "not bankers or capitalists, but a class of person that was never supposed to exist in America: royalty." BofA has defrauded everyone from investors and insurers to homeowners and the unemployed, Taibbi alleges, so why does the government keep bailing it out?
Why does theBamster government continue to bail it out?
Why isn't Geithner fired intead of catered to?
If this were Bush, you can bet every ounce of gold in India that it would be "Why does the Bush Government keep baling it out?"
Caveat: I can't stand the sight or sound of Bush.

yes it was a rawhide moment..but nevertheless the only agenda both parties share is: centerfuge the fact we coalesce over self interest!
forget hollande..the french may elect him but as they fade into well deserved irrelevance their corporate chieftains will abandon the republic for less taxing envorons..alongwith their zillionaire 'socialist' calrisima

so the gop is totally blowing itself up i am hearing that gingrich will throw his support behind santorum at the convention and will become party chairman if santorum becomes th enominee good lord…torquemada rides again!