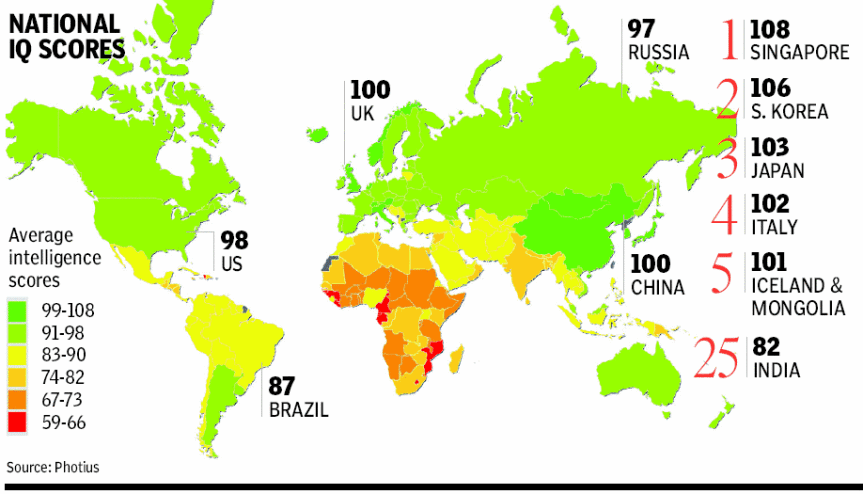 Rather than saving $1Tn, like the Saudi Royals who have fallen out of favor, Americans go the other way and put themselves $1Tn into debt on their credit cards so the powers that be can't afford to lock them up – as they need to keep paying those 18% interest rates.  That's right, our fellow citizens have now passed the $1Tn mark in credit-card debt and that's up 11% ($100Bn) since Trump was elected as Americans are running out to pre-spend those tax cuts.

Some might say that having to pay $20Bn/month in interest alone on credit-card debt can be damaging to US consumers but those are people who know MATH and understand ECONOMICS and, fortunately, those kinds of people are NOT in charge of our country.  To quote our President "Bing, bing, bong, bong, bong, bing, bing."

Meanwhile, those tax cuts aren't coming and already the Senate Republicans are considering a one-year delay on the promised Corporate Tax Cut in order to save the $100Bn hit that provision alone takes from Government Revenues.  The news comes amid the expected growing opposition in the Senate to the current bill. One day after Trump nemesis John McCain said tax reform is "dead on arrival", on Tuesday, Sen. Ted Cruz said that the House tax bill could end up raising taxes on some middle-class Americans, and he pushed for assurances that the Senate bill would lower everyone’s taxes.

Bloomberg reports that on Tuesday afternoon President Trump called into a meeting between Senate Democrats, National Economic Council Director Gary Cohn and White House Legislative Affairs Director Marc Short, Democratic Sen. Jon Tester tells reporters. Tester said that Trump spoke (maybe screamed would be a better description) for about 15 minutes by phone from Asia and insisted the rich will be hurt by the tax bill. If the Top 1% can't pass a bill that steals money from the poor, they are going to turn on each other (something I have predicted for many years) and it's already happening in Saudi Arabia where one side of the Royal Family has arrested hundreds of members of the other side of the Royal Family and frozen $800Bn of their assets.  The country’s central bank, the Saudi Arabian Monetary Authority, said late Tuesday that it has frozen the bank accounts of “persons of interest” and said the move is “in response to the Attorney General’s request pending the legal cases against them.”

The crackdown could also help replenish state coffers. The government has said that assets accumulated through corruption will become state property, and people familiar with the matter say the government estimates the value of assets it can reclaim at up to 3 trillion Saudi riyal, or $800 billion.

What has happened in Saudi Arabia is that the immense Royal Family, which is the Government of the country, has already taken everything the people have to give and now the oil revenues have tightened up and the Aramco IPO (an attempt to sell off their prized asset to raise cash) got pushed off for a year so the Royals have been forced to go after each other's money and now we have a literal Game of Thrones going on in all it's back-stabbing, money-grabbing glory.

This could, of course, never happen here in America.  After all, our Attorney General is a well-balanced guy who would never issue arrest warrants for Trump's political enemies and economic rivals, right?  We'll just trust Jeff Sessions to do the right thing – just like the Saudi Attorney General is certainly doing – WITH Trump's approval (see yesterday's Report).

This is what the Top 1% below the Top 0.1% fail to grasp.  They think they are "in the club" just because they are allowed into the gates of the club sometimes, for parties.  But within that club is a special room for the "more special" people who make up the Top 0.01%, the 30,000 Americans who's annual income averages $27.3M a year.

With the average Net Worth of the top 0.01% approaching $250M those 30,000 people already control $7.5 TRILLION or 12% of the entire United State's wealth while the Bottom 90% (270M people) also have $7.5Tn but their wealth has been falling while the Top 0.1% has been rising and, as noted by the above $1Tn worth of credit card debt (13.3% of the Bottom 90%'s wealth is debt) – the Bottom 270M people, like the average Saudi Citizen, simply don't have anything left to give to their superiors. 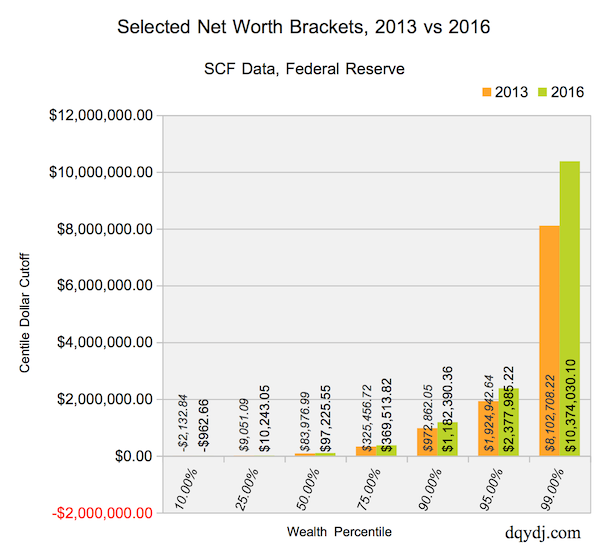 So the ultra-wealthy now have to choose what to do.  They can diminish the wages they pay to the Bottom 90% and drive them further into poverty.  Already, the Bottom 50% have less than $100,000 to retire with and it's less than $10,000 for the bottom 50% of our Citizens.  You can take the last shreds of their dignity but then you might start a revolution so the Top 30% have to look elsewhere to build their piles.

One major step they've taken is to begin taking over the Government and passing laws that protect their wealth, including the recent action to eliminate inheritance taxes, so they can pass their wealth along to their families, who will be 166x richer than even the top of the bottom 90% on the day they are born.  Under the old system, the mean old Government used to take 40% of that money and redistribute it among the Bottom 270M, leaving the poor Top 0.01% babies only 100 times richer than the bottom 270M – well that just had to stop, right?

As you can see on the chart, elminating the Estate Tax is really a tax on the rest of us (those who have less than $10.5M to leave to our kids) as it increases the National Debt by over $100Bn and who cares when we're already $20Tn in debt, right.  How's another $6,000 per taxpayer of debt going to hurt us?  At least we're not hurting Donald's kids by forcing them to split $6Bn instead of $10Bn.  We must stand with the GOP voters and pledge our $6,000 to make sure Eric Trump never knows the horror of an actual job!

But keeping your Billions is not enough for the Top 30,000 – especially those 400 on the Forbes list of the World's Wealthiest.  As noted by FairEconomy.org, 80% of the private wealth in the US is inherited, which segregates wealth and opportunity sharply below the Top 1%.  In their report: "Born on Third Base" the authors call out Forbes, saying:

The truth is that Americans have never had an equal opportunity to become wealthy. Rather than concocting fables about our “opportunity society,” the editors of Forbes should be examining the birthright privileges enjoyed by many of those on the list.

The richer the Top 30,000 get, the more they need to take to keep growing their pile and the deeper into the pockets of the Top 10% they will go and the lack of a "death tax" will expand that wealth much faster as more and more of the Top 30,000 start their lives on 3rd base where, even as infants, they NEED that $600Bn in interest but, if rates rise, it will become $1Tn and then $1.5Tn and that will cause them to accumulate more weakth and then it's $2Tn, $4Tn…

How long before the wealth of the Top 30,000 consumes the entire US economy?  We may not live to see it (unless this market rally continues) but our children will and, if your children are born with golden spoons in their mouths then God Bless – you need not be concerned but, if you are amoung the struggling 319,970,000 people in this country not in the Top 0.01% – you'd better have a plan to get behind the velvet rope in that club – otherwise your children may learn the hard way how quickly it can all be taken away from them – just ask the Saudis. News:
Member
Here’s How London House Prices Are Being Battered
By: David Goodman News:
Member
The Saudi blockade of Yemen is starving kids and killing thousands, so why is Washington still defending it? News:
Member
Trump says he and Xi can solve ‘probably all’ world’s problems
By: NEWS WIRES News:
Member
Silver Prices Have Gained 2.6% in the Last Week – and That’s Just the Start
By: Peter Krauth News:
Member
The SPY who duped Rose McGowan UNMASKED! This is the blonde Israeli military veteran who worked undercover for disgraced mogul Harvey Weinstein and tricked the actress into sharing her memoirs
By: Alana Goodman For Dailymail.com