Yes, we still have the virus.

Of course he's still saying that and our case count is skyrocketing.  The chart above is not a chart of Covid cases but a chart of Hospital Capacity and we are at or over the limit in 7 states, including my own Florida which hit 127% of capacity this weekend.  NOW people are going to start dying, big time.  That's why the President stopped hospitals from reporting to the CDC last week – these numbers are going to get shocking and the Trump Administration has no intention of doing anything to stop it.

Why?  Re-election, of course.  Trump's only chance now is to keep you locked in so you won't go out and vote in November.  The entire Republican party needs the lowest possible voter turnout in November and they are doing everything in their power to ensure that happens – even if it leads to another 140,000 voter deaths.

I think everyone saw Trump unleash the storm troopers in Portland this weekend and, of course, the situation got worse, not better.  Rioting has become the new American passtime in Trumpland and just wait until they try to force the colleges to re-open and put 14,500,000 student lives at risk by jamming them into lecture halls and dormitories.  It's very much like being drafted to risk your life for Capitalism in the 60s and we can expect a similar response as students are forced to leave the relative safety of their homes for the first time in months.

Of course, that's nothing compared to Trump and DeVos' anti-science experiment on our 56.5 Million young children (and their teachers) who are being forced to go back to school where they will, of course, be way too close to each other every day and then, every day, they will come home and try to infect their families (statistically another 100M people) and those people will, in turn, potentially affect their co-workers who will infect their children and send them back to school to make sure they infect all the stragglers.

You think the hospitals are over-capacity now – just wait 'till September!  But no one seems to notice, no one seems to care – least of all the stock market, which continues to ignore every possible looming fact that this country is going to fall right off a cliff the second the Fed and the Government stop printing money.  On the other hand, if they keep printing money, we'll eventually hit an inflationary cycle that is going to be equally dangerous. 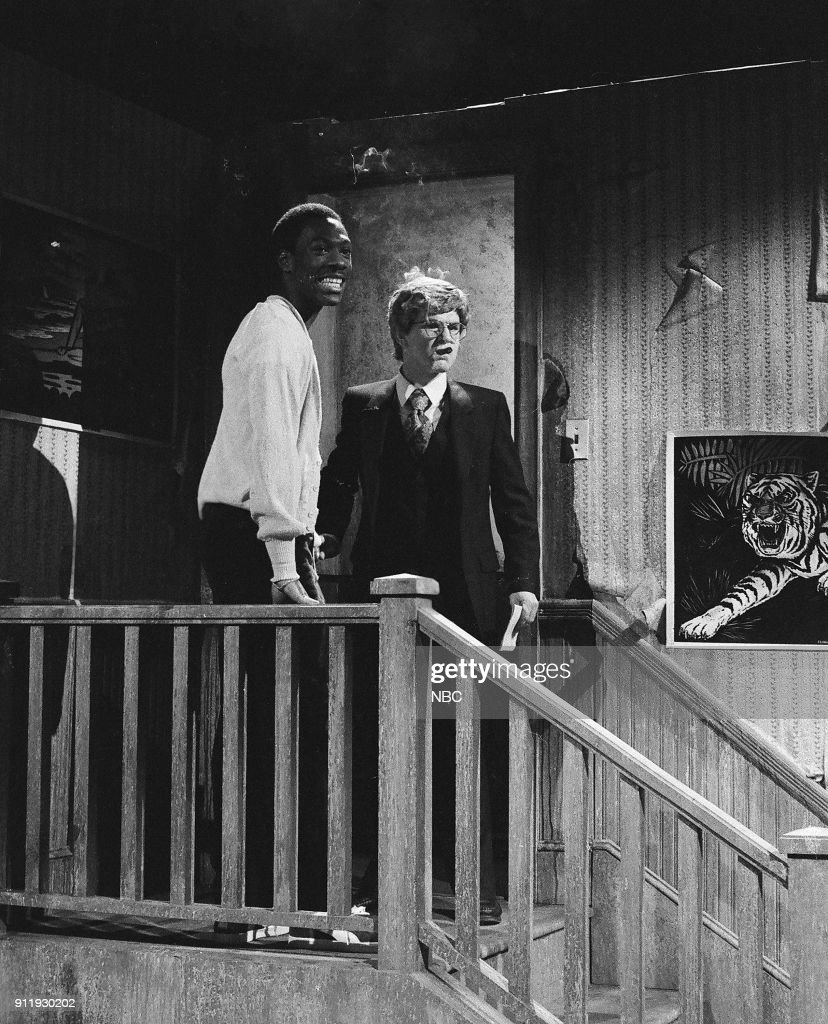 Those are just the big ones and, don't forget, that's WITH life support still being applied but the $600 weekly unemployment bonus runs out this Friday and that's going to be $2,400 per month less for 25M unemployed Americans and now they have to figure out how to make ends meet on $275/week instead of $875.  Yes, the $875 was generous and that's why Consumer Spending didn't fall off a cliff during the crisis but 25M x $600 is $15Bn/week less spending power unless the Government extends the program and that can quickly double the chart above – not to mention throwing housing into a new crisis as 25M people won't be able to afford rents or mortgages anymore.

And what happens when you can't pay the rent?  Well then Mr. Landlord can't pay his bills either and his bank gets upset when Mr Landlord can't pay his mortgage payments and the Government did stop foreclosures when we didn't need it but now that 25M Americans are going to need it – that program is also over.  Like the hospitals, the courts will also soon be overhwhelmed with eviction and foreclosure processes.  At least we can all get jobs as lawyers now….

Earnings season has not been that bad yet but that's because the kind of companies that report early in the cycle are the kinds that have massive accounting departments that can get their books organized right after the quarter closed (June 30th).  It's only July 20th and only 1/4 of the market has reported and now comes the fun part as we hear from hundreds of companies this week – still including some of the biggest: 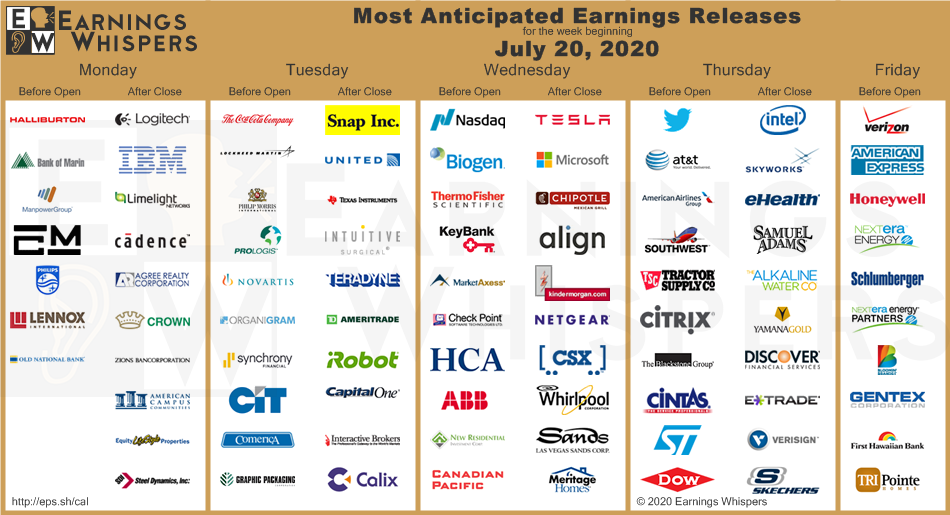 It's still a bit early to make calls ahead of earnings, we're more into waiting for perfectly good companies to sell-off over short-term issues, like the virus (hopefully short-term), which is still devastating America but the rest of the World has it more under control.  Either way, we should hopefully have some sort of vaccine in Q1 so we're only about 6 – 9 months away from the finish line – not a long-time for long-term investors and well within the range of our 2022 options with 2023 options coming out.

There's not much data this week:  Chicago Fed, KC Fed, Housing, PMI and Leading indicators and NO Fed speak as we're only 8 days away from the 28th/29th FOMC meeting so we're in the "quiet period" and that will be interesting with a 20-year bond auction on Tuesday and a 10-year TIPS Auction on Thursday – usually the Fed talks down rates ahead of the auctions.

It should be an interesting week so stay tuned! 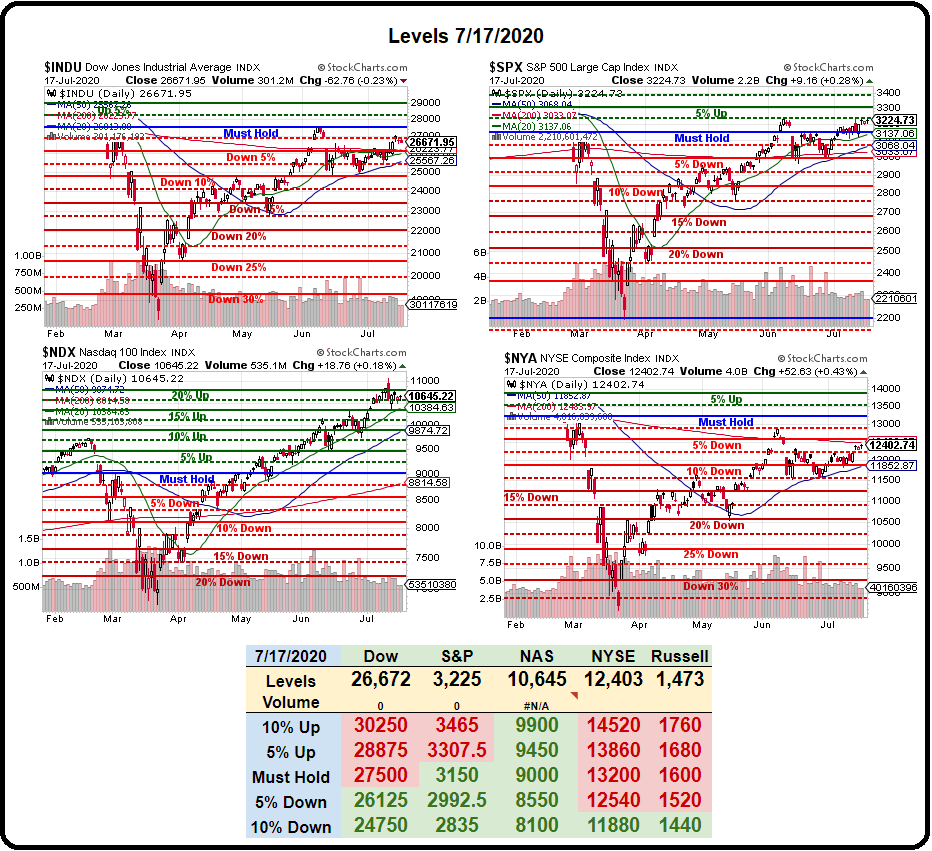 I just don't know how I can focus on markets when you see what is going out there. Trump wants to block more funding for testing and contact tracing because if you don't test, you don't have cases! He also said this weekend in an unhinged interview (on Fox) that he is not sure he'll accept the results of the election. Get ready for more stormtroopers in the streets! And not a peep from anyone in the GOP because they are afraid of a mean tweet!

Putin's and Xi's dreams are coming true – the demise of this previously great nation! Markets are sand castles now, only up until the next wave (of the virus or protests).

Happy Monday!  I have this hedge:

Can you recommend any adjustment?  Trust I need to roll the Aug 25 down etc. VIX still at 25 but it doesn't bother anyone. Sand castles/StJ – This is just amazing.

SPG/SK – I don't know why you want to pay money to have less protection.  It's not looking that strong so why not just leave it and be happy if you just hit your target at $70? It’s an urgent situation, but many people in government aren’t treating it that way. We’re sleepwalking toward catastrophe.

“The cliff is totally visible in front of us, and yet we’re not ready,” said Paul Krugman, a Nobel Prize-winning economist and New York Times columnist. “It’s probably already too late to avoid enormous hardship.”

It looks like some in Congress are simply checked out! And ready to let the next administration deal with the catastrophe. And then blame them for the bad results as happened in 2009!

NG
Yes I understood. I have to be able to double down at 1.5 and at 1.4 too. I always do it with only one contract. And I always lighten after doubling down if it's go up.
Thank you

/NG/Kgab – I would not take a chance of an 0.10 line breaks.  If you mean increase the bets at lower strikes, I agree but don't ride out a loss – can get ugly.

Oil back at $41 for yet another short!

SPG/SK – I don't know why you want to pay money to have less protection.  It's not looking that strong so why not just leave it and be happy if you just hit your target at $70?

Trying to understand your BCS strategy and comments better.

I thought selling calls against long calls was to reduce the cost basis of the trade. Does the protection come from off-setting long call cost with reduction in short call cost.?

When the stock price goes up, the short calls limit the upside.

When the stock price goes down, short calls also go down. If we expect the stock to go back up, wouldn't make sense to roll up for more upside at lower cost to roll?

Sorry to persist. It will help me understand the strategy better.

When I closed my short strangle, I also initiated (trying to recoup my significant loss)

I assume TSLA will show profit this quarter and don't know how long it will take S&P to decide if TSLA makes it to their index. Hope $1600 holds until Aug 21.

Am I doing this correctly?

News:
Member
Poor diets in the US are a national security threat
By: Gisela Crespo, CNN 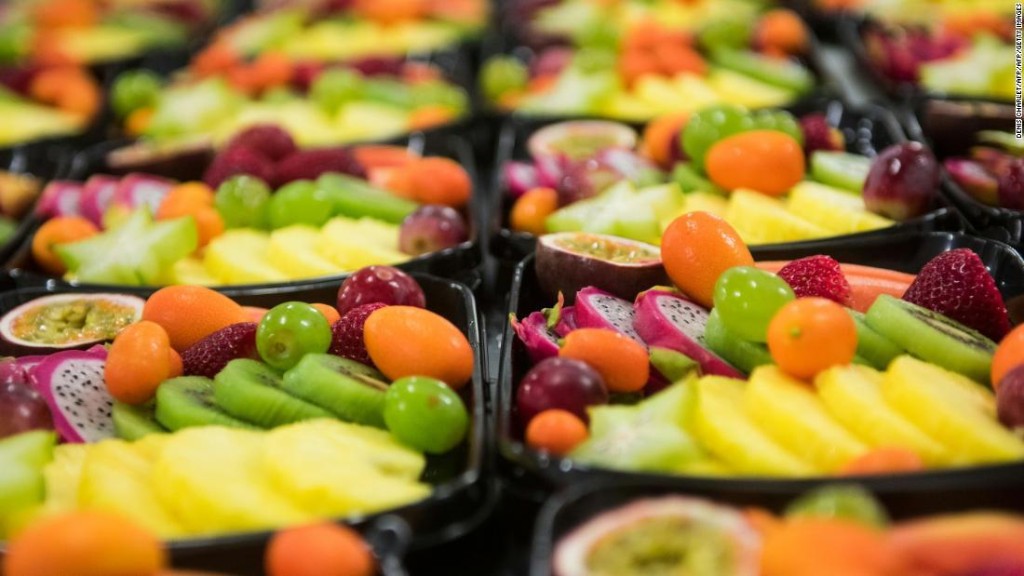 News:
Member
Trump-loving Missouri governor: Children who get COVID-19 at school will “go home” and “get over it”
By: Brad Reed 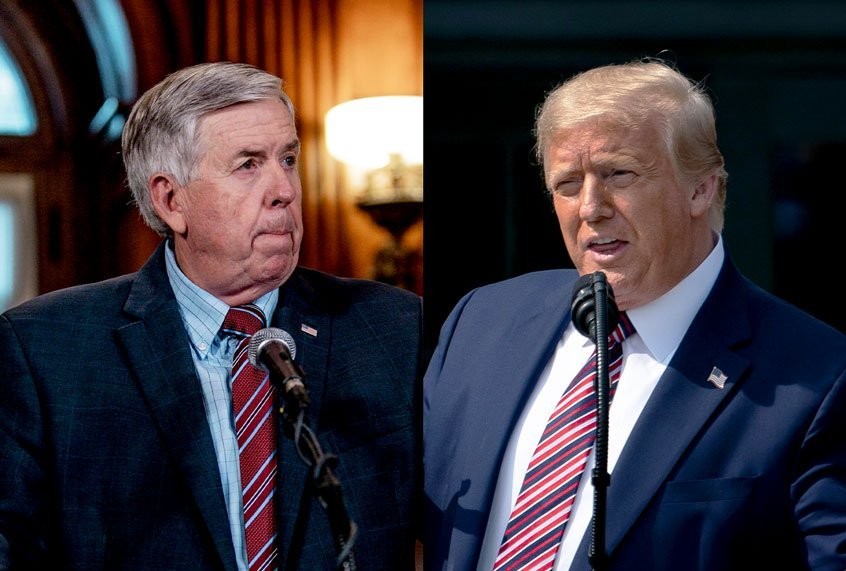 News:
Member
We are sleepwalking toward economic catastrophe
By: Emily Stewart 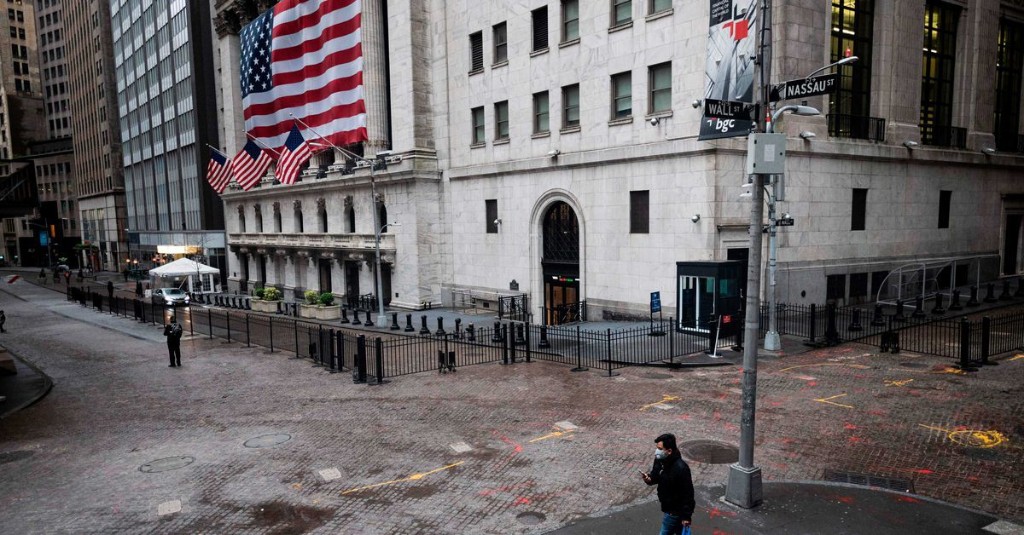 News:
Member
Republicans are right; election fraud is real. They are perpetrating it.
By: David Litt 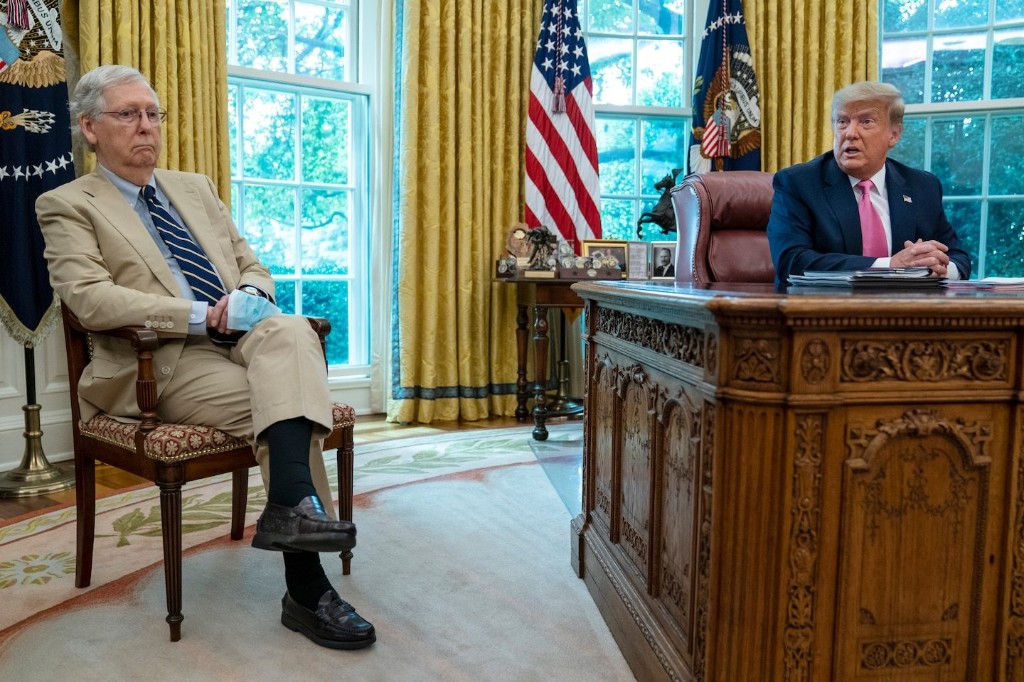 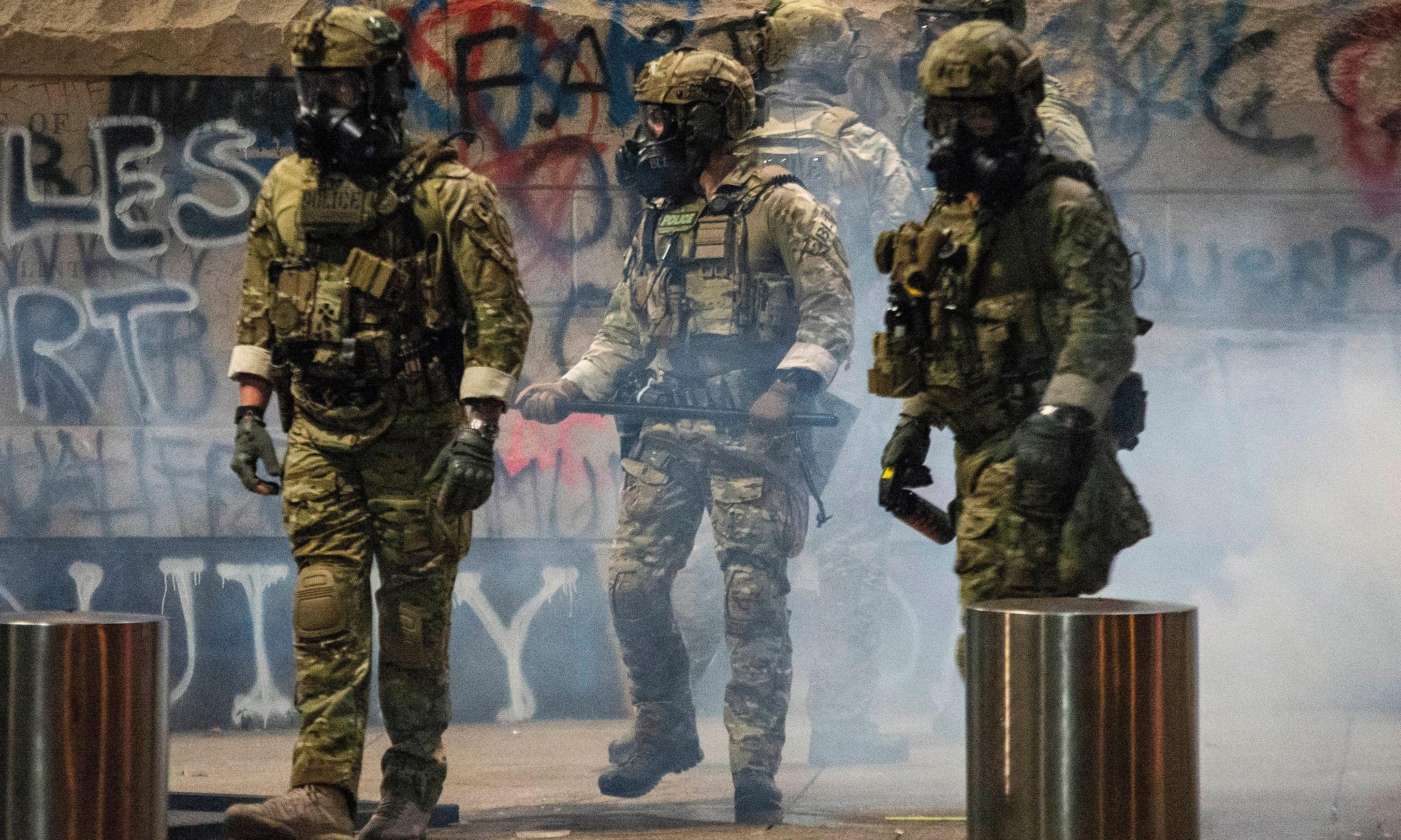 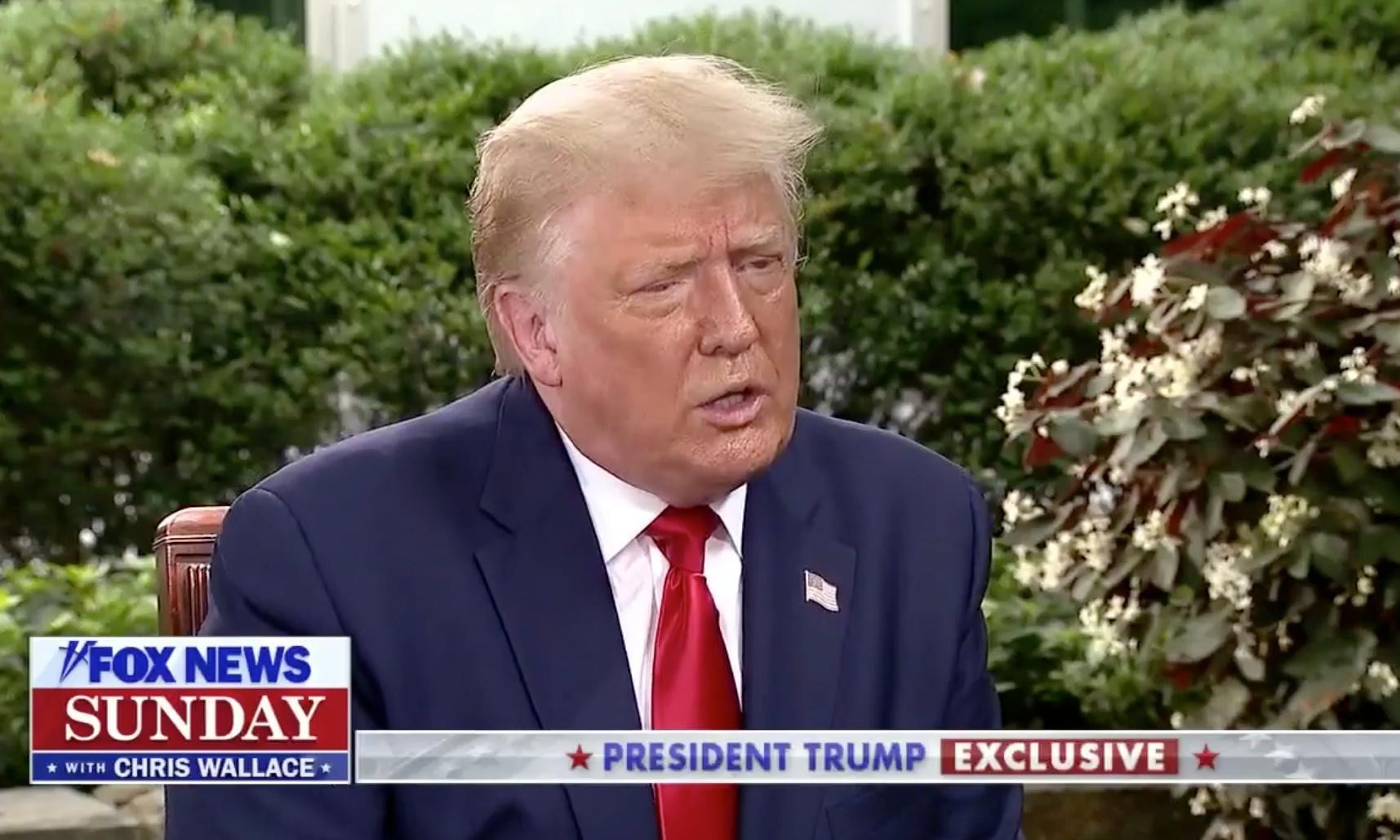 News:
Member
The single most damning quote about Donald Trump and coronavirus yet
By: Analysis by Chris Cillizza, CNN Editor-at-large 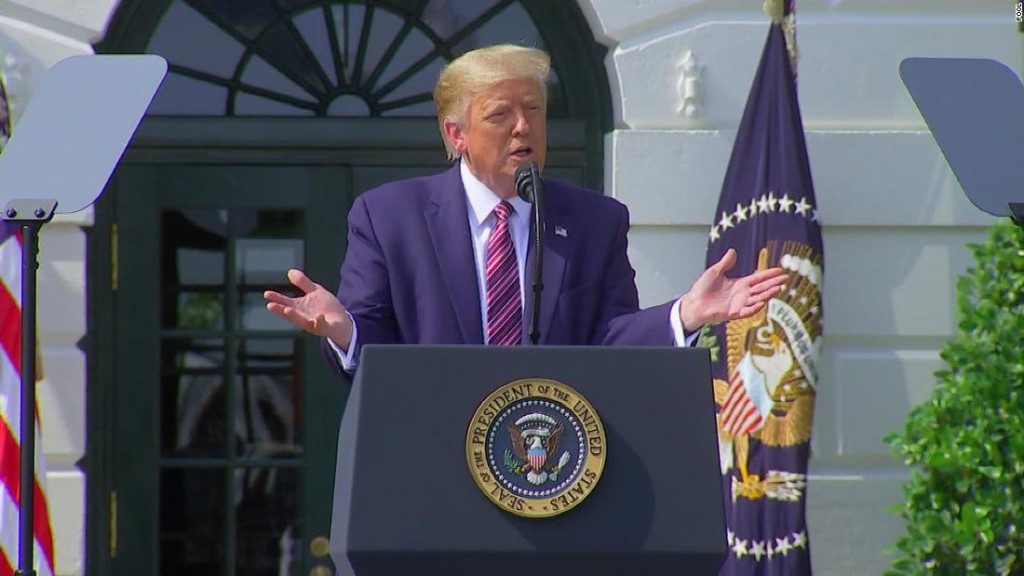 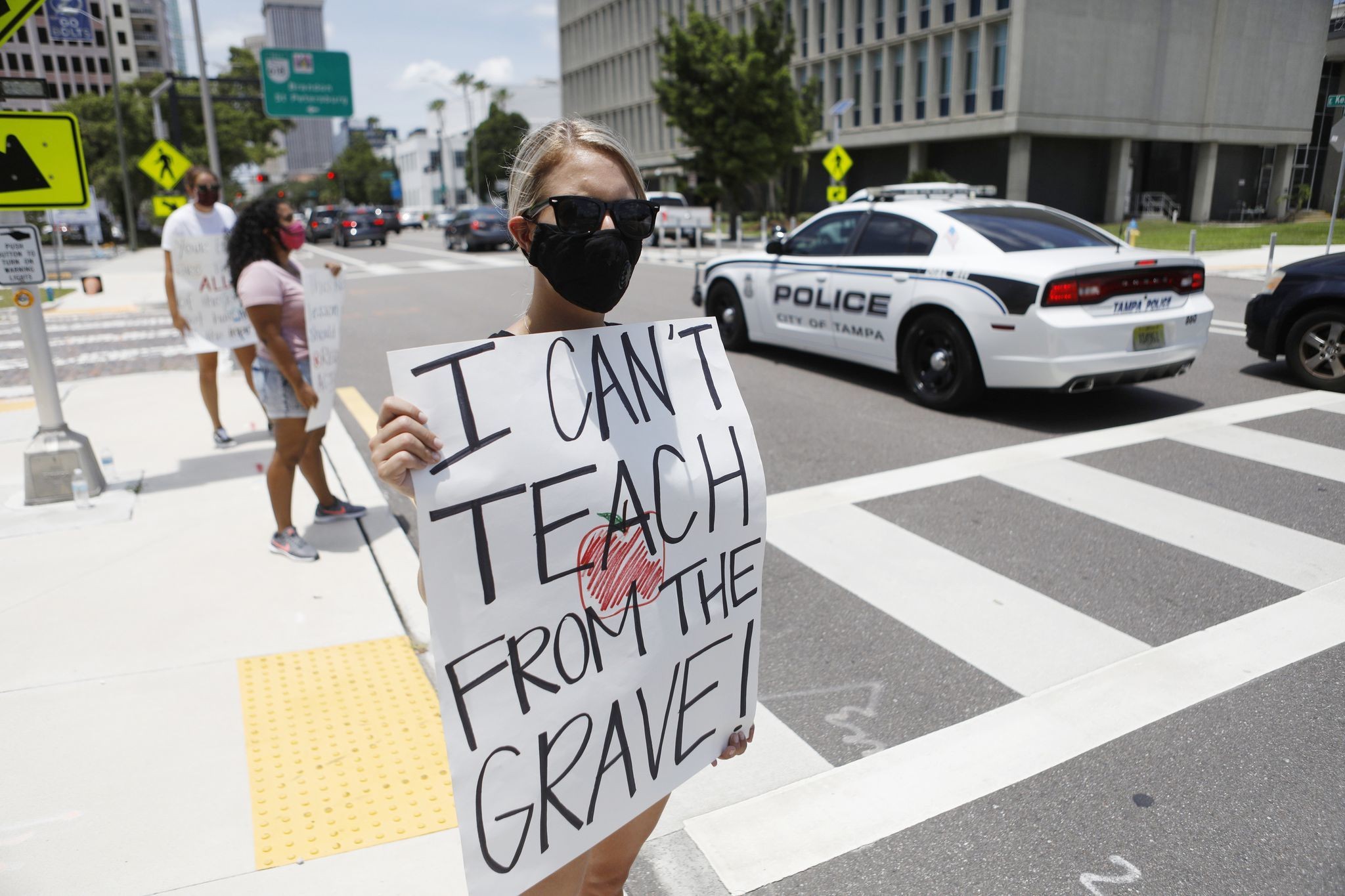 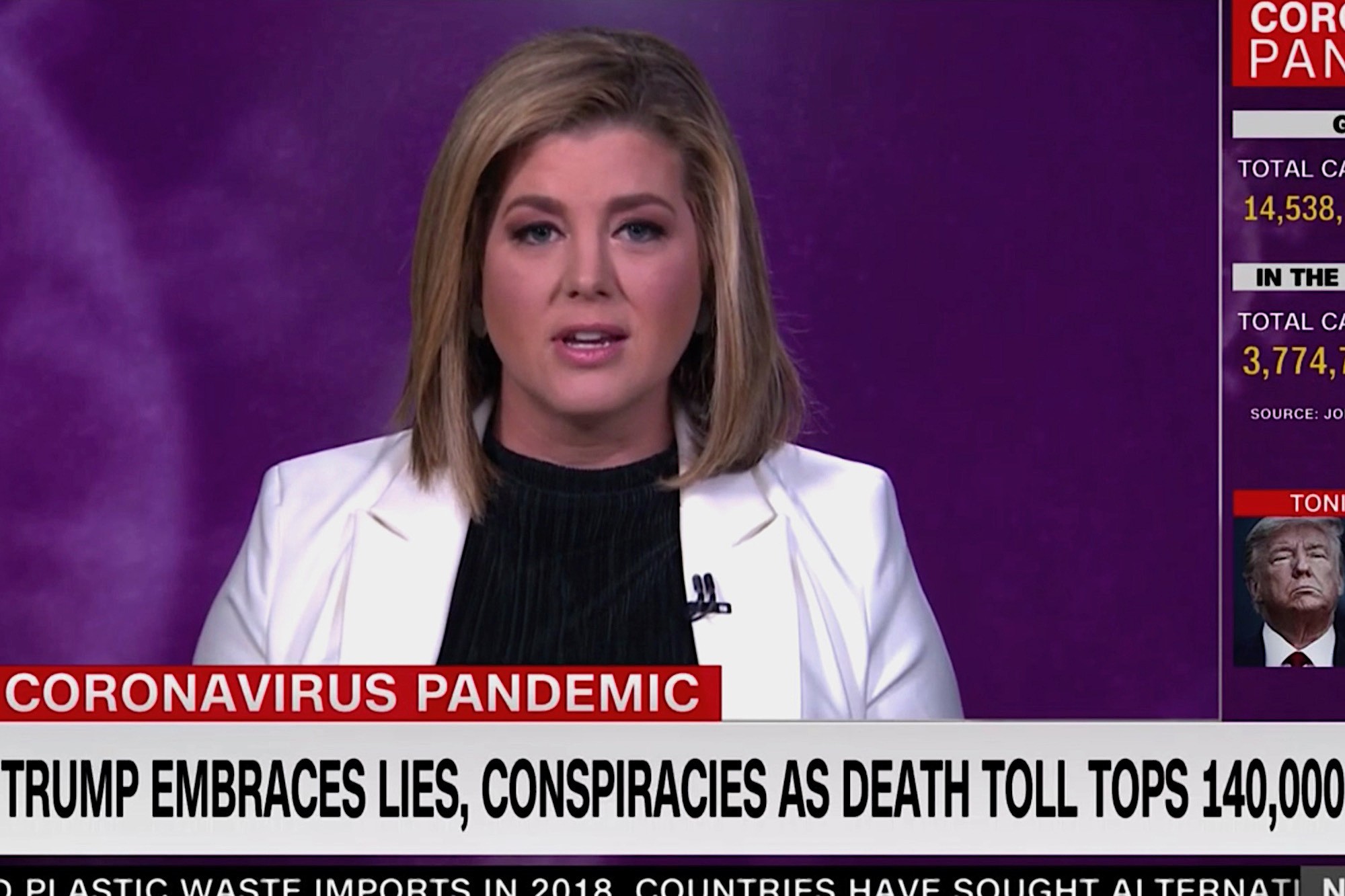 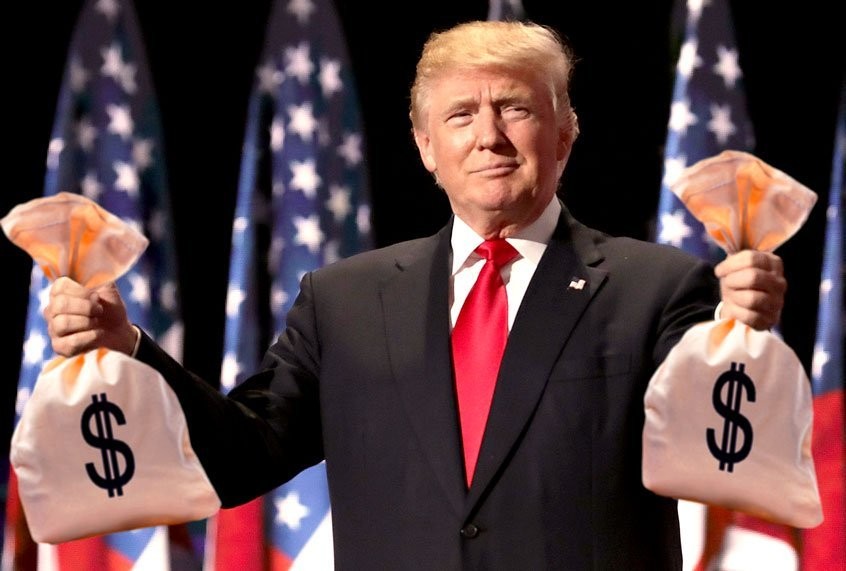 News:
Member
Judy Shelton, Trump’s controversial pick for the Fed, could be approved by Senate banking panel this week
By: Rachel Siegel 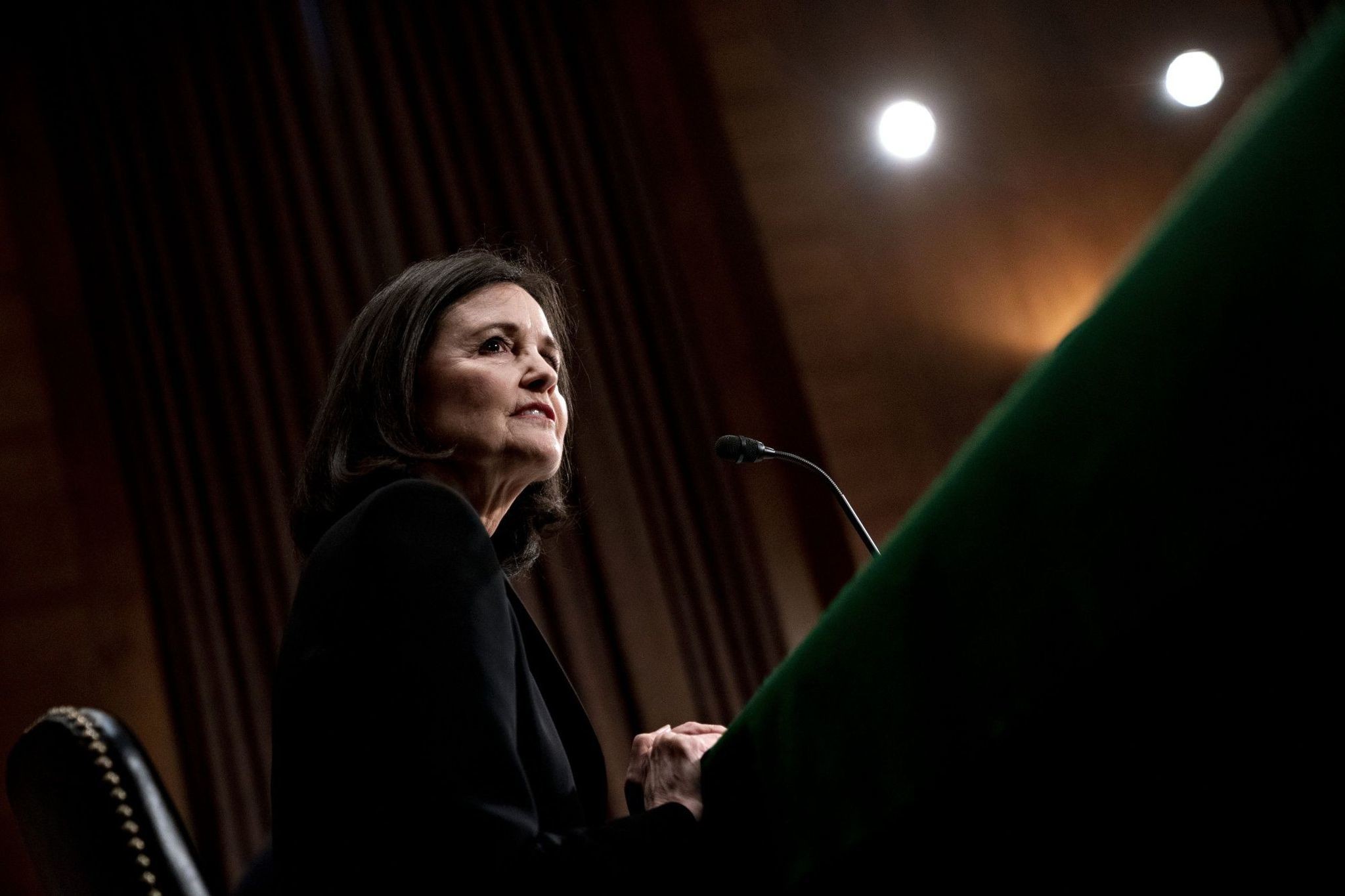