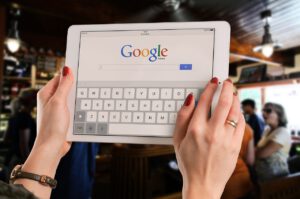 Google – Alphabet Inc (NASDAQ:GOOGL) – is set to acquire cybersecurity company Mandiant Inc (NASDAQ:MNDT) for a whopping $5.4 billion, in a move that sees the internet giant invest in protection for its cloud services.

As reported by CNBC, Google will pay $23 a share for Mandiant —founded in 2004— and if approved by regulators and closed by the end of this year, it could be the biggest deal since the company’s $12.5 billion purchase of Motorola Mobility on 2012.

With the acquisition, Google will bolster its cloud computing department and set sights on catching up with Azure by Microsoft Corporation (NASDAQ:MSFT) and Amazon Web Services by Amazon Inc (NASDAQ:AMZN).

Thomas Kurian, CEO of Google Cloud, said in a statement, “Organizations around the world are facing unprecedented cybersecurity challenges as the sophistication and severity of attacks that were previously used to target major governments are now being used to target companies in every industry.”

“We look forward to welcoming Mandiant to Google Cloud to further enhance our security operations suite and advisory services, and help customers address their most important security challenges,” he added.

As cyber-attacks are growing in number and the Russia-Ukraine conflict can traverse towards the digital realm via cyber terrorism groups, Google is making sure to improve its security footprint and chase differentiation in a cloud business dominated Microsoft and Amazon.

“Cloud stalwarts Amazon and Microsoft will now be pressured into M&A and further bulk up its cloud platforms,” Wedbush analyst Dan Ives said.

“We believe cyber names such as Varonis, Tenable, CyberArk, Qualys, Rapid7, SailPoint, and Ping standout as potential M&A candidates in cyber security —among a handful of private players— given these vendors laser focus on protecting next generation cloud workloads from cyber-attacks.”

Google is part of the Entrepreneur Index, which tracks 60 of the largest publicly traded companies managed by their founders or their founders’ families.