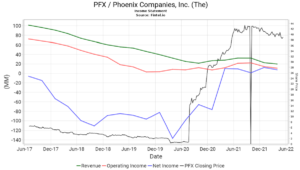 Phenixfin Corp (NASDAQ:PFX)’s chairperson and CEO David Lorber revealed in a U.S. Securities and Exchange Commission Form 4 on May b13 that he bought 16,000 company shares and now ons 148,000 shares worth about $5.7 million. We first noticed the purchase when using the Fintel CEO Purchases screen.

While senior management can sell shares for various reasons, we know that they only purchase stock when they believe the company is expected to grow or is undervalued. In the case of PhenixFIN Corp, we think that Lorber may be buying shares because they are undervalued.

PhenixFIN Corporation (US:PFX) is an internally managed, closed-end business development company that focuses on current income generation coupled with capital appreciation via growth in the firm’s net asset value (NAV). The company has

PFX shares have been very resilient to market volatility and have traded relatively sideways over the last year with an annual rolling capital return of -0.4%. In the previous month, shares retreated -5.3%, which prompted the purchase. On May 9 of May, the firm released second quarter results that saw a drop in net investment income to $1.15 million from $3.69 million in the year prior. However, the company’s NAV per share increased to $62.94 from $58.99 per share last quarter.

David Lorber commented on the result stating, “During the quarter, we continued the successful deployment of capital while executing our strategy to grow NAV/share.” He then discussed that the ongoing share buyback repurchased 309,000 shares during the quarter, which attributed to the NAV per share increase by $2.78. If the buyback strategy continues, NAV should continue to rise (providing the economy remains stable).

Since the beginning of 2021, the firm has realized 20 investment positions totaling $126.4 million and deployed $155.5 million into 25 investments.

We decided to look into Institutional Ownership to see how the market has treated the volatile share price. We noticed a significant institutional ownership jump in December 2019, and the level has been relatively stable to date. Phoenix Companies, Inc. (The) (US: PFX) has 11 institutional owners and shareholders that have filed 13D/G or 13F forms with the Securities Exchange Commission (SEC). These institutions hold 1,739,588 shares.

The stock has an Ownership Accumulation Score of 18.68, ranking it in the bottom 8% of stocks with institutional accumulation occurring. We have included a chart below that illustrates this activity. The chart shows the relatively flat ownership trend for the company: 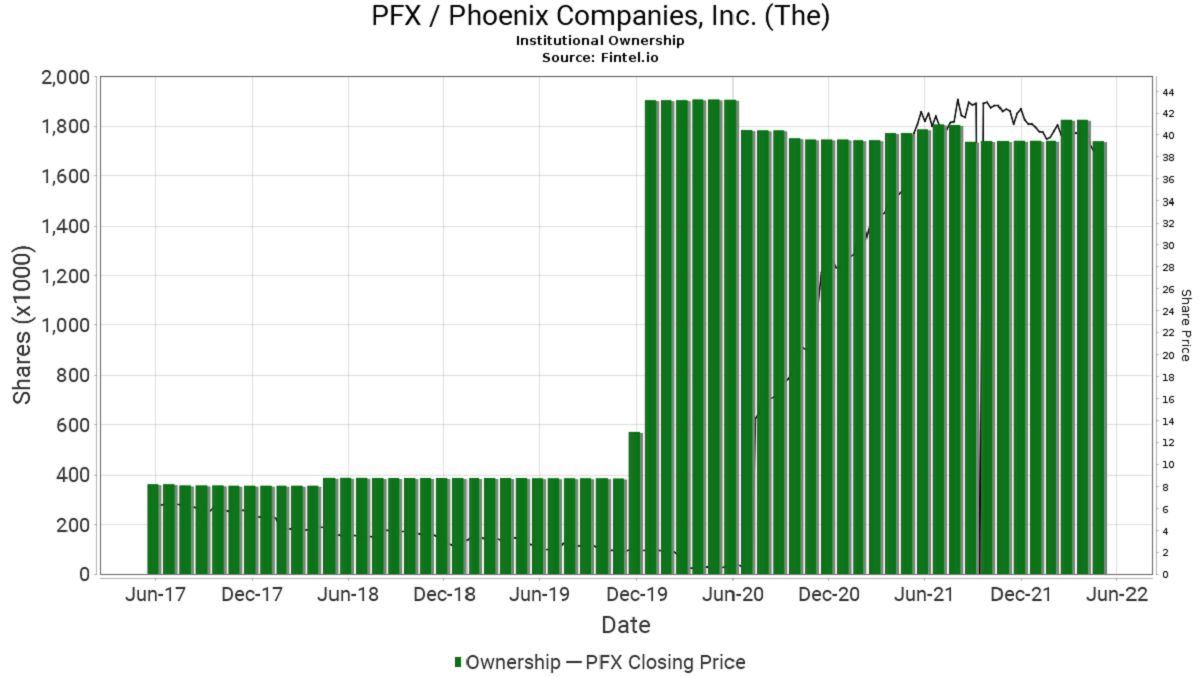 We also noticed an interesting chart from the PFX’s Financial Metrics page that we have included below. The chart illustrates a share price movement that has outperformed revenue trends but has followed net income trends. PFX currently has a PE ratio of 8.2x. 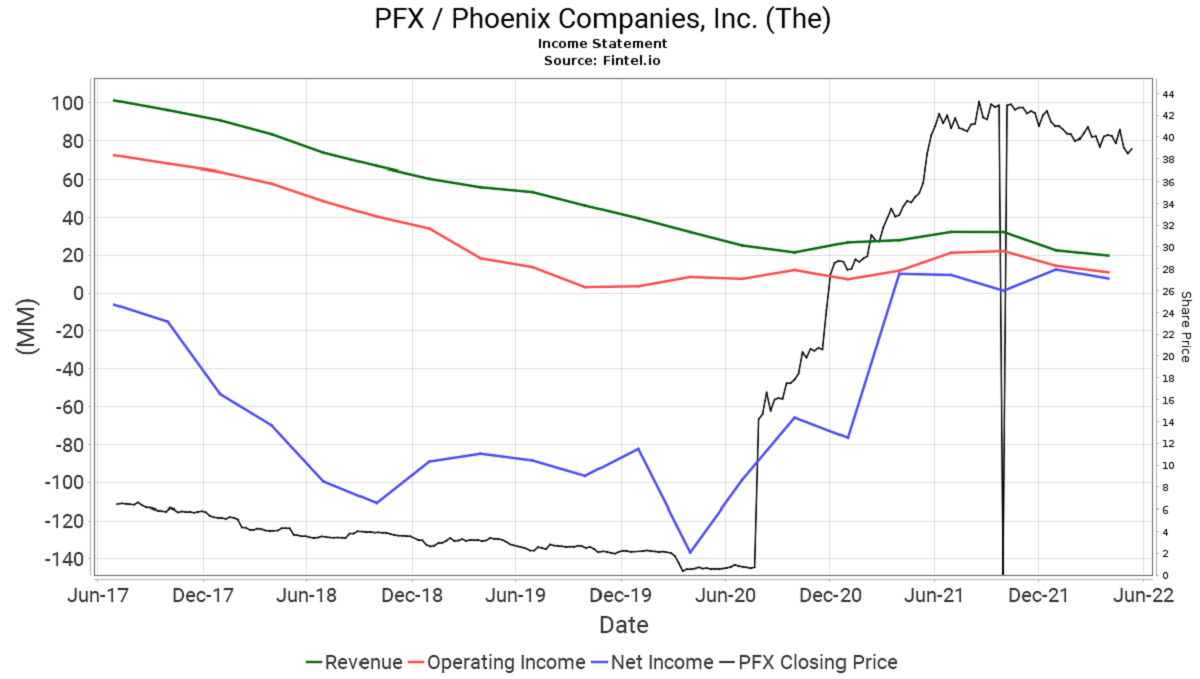 What Are The Analysts Saying About The Stock?

In a recent update, Mitchel Penn from Oppenheimer noted that unrealized gains in the portfolio primarily drove the firm’s net gains over the quarter. Following the result, the firm maintains its ‘perform’ rating on the stock.

More On The Ownership Accumulation Score

The Ownership Accumulation Score results from a sophisticated, multifactor quantitative model that identifies companies with the highest levels of institutional accumulation. The scoring model combines the total increase in disclosed owners, the changes in portfolio allocations in those owners and other metrics. The number ranges from 0 to 100, with higher numbers indicating a higher accumulation level than its peers and 50 being the average. Update Frequency for this score is daily.