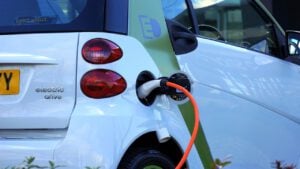 The presentation of the new Scénic, an electric SUV equipped with a hydrogen fuel cell range extender, represents a great step toward hybrid technology, but how far is the French manufacturer willing to go?

As reported by CNBC, the concept car’s design features a hydrogen engine, electric motor, battery, fuel cell, and a hydrogen tank that can offer up to 497 miles of range.

Director of design Gilles Vidal said the concept “prefigures the exterior design of the new Scénic 100% electric model for 2024,” with an electric-hydrogen powertrain that is now “part of a longer-term vision, beyond 2030.”

Hydrogen has to play its role in the industry, but it is necessary to overcome challenges related to production costs of the technology, the fuel, and the recharging infrastructure.

According to de Meo “Hydrogen has its role: this year we will have a commercial vehicle with this technology for sale and we will work with commercial partners to show it to customers.”

However, its viability in the mass market seems far from reality as of now. The challenge is to reduce costs to levels that are acceptable to customers while installing a charging network.

“There are still debates about how to make the electric charging network good enough, and compared to a hydrogen refueling network, that’s straightforward.”

For instance, the hydrogen-powered Renault Master van has been developed in collaboration with Plug Power, one of the world leaders in hydrogen solutions, which has already deployed a network of more than 100 stations that distribute more than 40 tons of hydrogen per day.

Renault, in addition to selling the vans, will work with fleet managers to provide hydrogen fueling stations and logistics support.

“For some fleets, battery-powered vans are not a solution, just a barrier,” explains de Meo. “They discovered that they would have to buy two vans instead of one: one works while the other recharges. Hydrogen can solve that problem.”