Fed Says 12% of Americans Own Crypto: Is Adoption Poised to Increase? 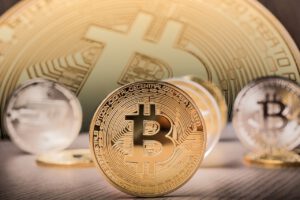 It has been a long-running narrative that wide-scale crypto adoption is inevitable. After all, because cryptocurrency is native to the internet, should it not follow the increase in internet users? If we compare the two, global crypto adoption has been faster than internet growth by nearly 2x, 113% vs. 63% respectively.

However, what does crypto-adoption look like on a more granular level? Should one expect it to grow linearly or will it hit a ceiling? While it may seem logical that internet users will simply pour into the crypto pool, a recently released Federal Reserve survey suggests otherwise.

For the first time, the annual Federal Reserve consumer report included cryptocurrencies and buy-now-pay-later (BNPL) products. When any new technological adoption is scrutinized, one must take into account the number of steps needed to plunge in, previous habits and perceived benefits to change habits.

Based on these three criteria alone, if one would assume that cryptocurrencies would lag behind, that assumption would be correct. The survey showed that only 3% of adults use cryptocurrencies as payment methods – direct purchases or money transfers. Instead, most people who own crypto assets, which is 12% of US adults per the survey, use them for investment purposes.

This crypto usage bifurcation goes further when considering income levels. 46% of adults who use crypto assets as investment vehicles have above $100k income, while 29% adults in the same category have income under $50k.

Simultaneously, there are plenty of ways to improve existing banking services, including offering free checking accounts, depending on business usage. Despite such offerings however, a surprising number of Americans remain unbanked.

Combined with the divergence in income levels, the survey paints a somewhat predictable picture. The vast majority of people see money as a means to an end, using the most common banking services available.

At the same time, the minority that takes the time to dabble into alternatives perceives crypto assets as bets for the future, instead of a serious day-to-day alternative payment system.

If that is the case, how can crypto adoption increase?

According to USAFacts, 53% of US households owned publicly traded stock in 2019, representing a 32% adoption increase from 1989. However, there is a catch even in this mainstream asset adoption. Only 15% of US households held stock shares directly.

Mirroring the division in crypto usage, the rest of the stock ownership remains in a variety of investment vehicles: 401(k) retirement savings, ETFs, and Roth IRA (individual retirement accounts without penalty for early money withdrawal).

It’s important to note that a remaining barrier to entry for crypto assets is the lack of a simplified user experience. Much of the space’s touted features require an advanced level of technological knowledge. Yet, we see the exact opposite with traditional investment vehicles such as 401(k)s, ETFs, and Roth IRAs. Many of the trusted brokers for Roth IRAs offer access to stocks, bonds, mutual funds, and even real estate. It’s reasonable to think BTC, or even a BTC ETF, will one day be available.

This leads us to an obvious conclusion. If crypto adoption is to continue without hitting a hard ceiling, it would have to be integrated as an asset alongside these indirect holdings and their many benefits.

It seems that Fidelity Investments, with its $4.2 trillion AuM, figured this out by offering Bitcoin as a 401(k) option. Yet, Fidelity’s pioneering attempt received stiff resistance from the US Department of Labor, having issued a guidance warning for employers:

In the meantime, Sen. Tuberville introduced the Financial Freedom Act to counter the department’s directive to prevent a tidal wave of crypto investments into retirement savings plans.

In this catch 22 for crypto adoption, another major problem emerges – CBDCs (central bank digital currencies). Both central banking and the legislative branch are aiming to supplant crypto payment efficiency by putting CBDCs front and center. Rep. Maxine Waters, Chairwoman of the House Financial Services Committee, recently made that clear.

“Central Bank Digital Currencies have the potential to harness the efficiency of cryptocurrencies while providing the security and stability of the U.S. dollar backed by full faith and credit of the federal government.”

If such a scenario unfolds, cryptocurrencies would lose appeal under terms such as ‘convenience’ and ‘efficiency’. Even SWIFT is in the process of testing multi-CBDC cross-border payment transfers to make them frictionless.

Because most people view money as a means to an end, one digital number displayed on an app would be no different than the other. In the end, we may end up with a core investment class that diversifies their portfolio with Bitcoin as a hedge against currencies and inflation. Specifically, using borderless and nation-less assets as hedges against inflation and geopolitical uncertainty.

Others may invest into smart contract platforms like Ethereum and others, which have the potential to perform some of today’s functions which are currently limited to banks. However, the DeFi sector did itself no service after the recent collapse of Terra, with its now defunct 20%-yielding Anchor protocol. After all, spectacular failures tend to break into public space more than the minutia on blockchain technology.

Did you enjoy this read? If so, consider subscribing to Five Minute Finance, The Tokenist’s weekly newsletter covering the most important macro trends to impact financial markets and emerging technology. Join today – it’s free.