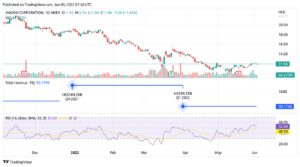 Xiaomi Co. (OTCMKTS:XIACF) is currently down 35.70% YTD as it struggles with global macroeconomic headwinds. During the company’s most recent earnings call, Xiaomi gave reasons for its underperformance. Executives stated that the resurgence of COVID-19 and the shortage of key components are the headwinds the company faces, along with a generally unfavorable macro backdrop. These factors contributed to a disappointing first quarter for the company this year, and the business is expected to see an additional downside as the situation worsens.

Xiaomi’s core operating segment of smartphones is also facing pressure, which is a bearish sign for the company. This segment shrank by 11.1% from Q1 2021 to Q1 2022 while accounting for 64% of the company’s revenue. According to Xiaomi executives, the main reason why this operating segment shrank is because of intense competition in the Chinese smartphone market. Honor, a different smartphone manufacturer, accounted for the majority of the competition at the expense of Xiaomi. There is also some uncertainty in the future in terms of price competition and ongoing supply chain disruptions. Executives said that It’s expected that when these concerns ease that competition could quickly ramp up pressure on the company’s market share.

COVID-19 had a particularly adverse effect on the company which was made worse due to the lockdowns in Shanghai and Beijing. These measures reduced the demand for smartphones in China, as well as caused operational disruptions in 10,000 of the company’s stores throughout the country. Both online and offline sales were disrupted due to the virus, and it remains a persistent threat as the Chinese government continues to use lockdowns to control the spread of the virus.

The good news for Xiaomi

Despite the macroeconomic challenges the company is facing, there was some good news to come out of Q1. While its smartphone sales shrank, its internet services revenue, which includes advertising and gaming, grew 8.2% due to more people being stuck at home due to the virus. Interestingly, 51.1% of the company’s sales for these segments came from overseas markets with a good portion of that coming from customers in the United States. Xiaomi looks to capitalize on the growth of the mobile gaming industry as it releases its specially-designed gaming phones like the Black Shark 5 to overseas markets. Xiaomi also saw some traction towards entering the electric vehicle market, with an expected release of its first vehicle in 2024.

Xiaomi is currently trading sideways on the technicals. From looking at the release of its earnings over the last couple of quarters, it’s also clear that the company’s price is more affected by the macro-environment than what is released in its earnings reports. The stock’s price remained trading in a sideways manner in Q4 2021 despite increasing its revenues, and in Q1 there was a brief sell-off before continuing the horizontal price movement. As the company heads into the rest of this year it’s likely to face increased headwinds from supply chain shortages and the ongoing uncertainties of the coronavirus pandemic which will keep downwards price pressure on the stock. 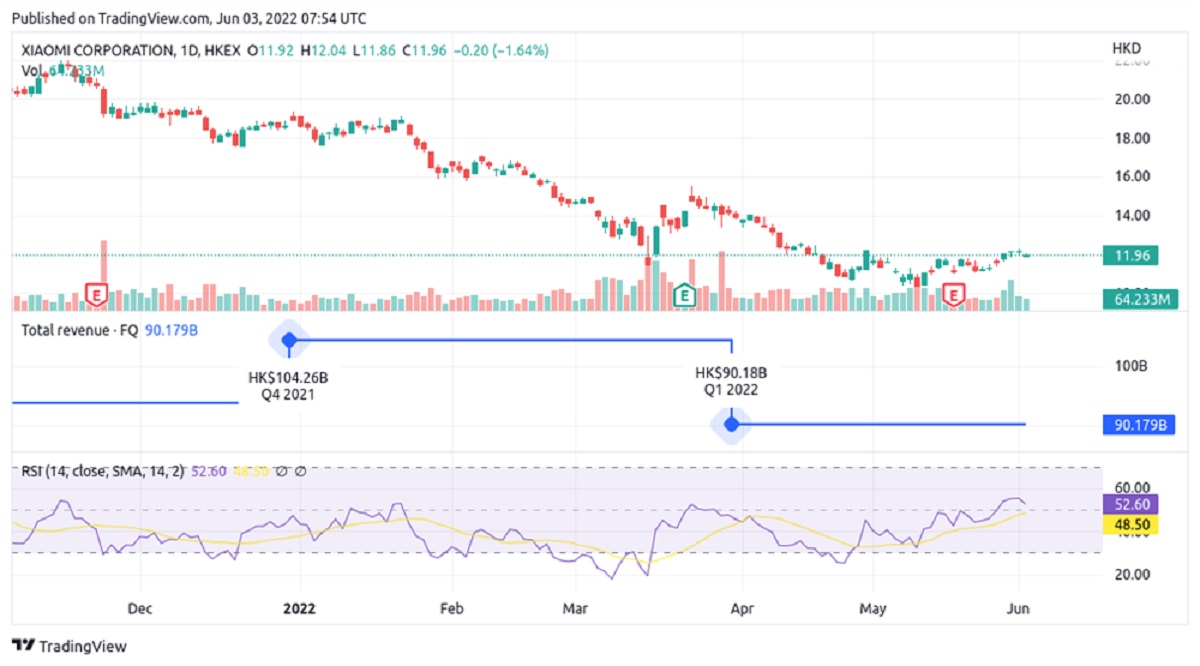 Before you consider Xiaomi, you’ll want to hear this.

MarketBeat keeps track of Wall Street’s top-rated and best performing research analysts and the stocks they recommend to their clients on a daily basis. MarketBeat has identified the five stocks that top analysts are quietly whispering to their clients to buy now before the broader market catches on… and Xiaomi wasn’t on the list.

While Xiaomi currently has a “Hold” rating among analysts, top-rated analysts believe these five stocks are better buys.