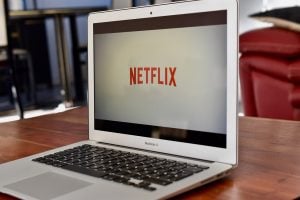 On Wednesday, April 22, 2020, Netflix Inc (NASDAQ:NFLX) announced it had doubled its profit during the first quarter thanks to the addition of 16 million users amid COVID-19. Now, the outlook for the streaming giant is dire: Netflix could see a profit cut of about 25% next year.

In April —exactly two years after its peak— the company announced it was losing users for the first time in a decade. And if the second-quarter forecast does not fail, the company will have lost all the users gained between 2020 and 2021.

If gaining users at an unprecedented rate meant doubling its profit, losing them will have just the opposite effect. Should everything go down that path, Netflix will finish the year with a profit close to $4.9 billion.

At the beginning of the year, before headaches began, the consensus of FactSet analysts estimated a net profit of more than $5.5 billion, which means a slash of 12%.

The forecast for 2023 is tougher, as the market consensus has cut Netflix’s profit by almost 25%, going from the $6.7 billion estimated at the beginning of the year, to the approximately $5 billion currently estimated. However, forecasts for earnings have remained stable.

Has Netflix Reached Its Peak?

Netflix blames the loss of users on people who share their passwords. In fact, it is already considering the inclusion of advertising to try to recover the loss of income via this issue and has begun to charge users to prevent it from happening —without much success.

Still, the market is not so clear whether password sharing is the only explanation for the company’s problems.

Analysts at Schroders said: “The slowdown in subscriber growth could also be interpreted as Netflix having reached a ceiling in terms of market penetration.”

“These concerns may be warranted in developed markets such as the US, where Netflix’s reach is likely to be greater than 90% of households with pay television,” they said.

However, not everything is negative.

“In more positive terms, the potentially accessible market could expand to more than a billion if we consider households with broadband. After all, it is an Internet product,” they add.