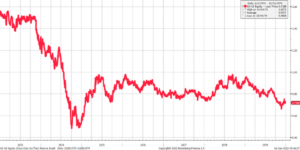 Academics argue that there are three proven factors of investing: Value, quality (Asness’s QMJ) and momentum. For our discipline, we don’t believe we can add alpha in the latter. Momentum is a weird thing, though proven. To emit a yogi-ism, you either have it or you don’t. Value and quality, in comparison, are easier to price in the security analysis of our investment discipline. While investors have looked at the last decade of failure in value, we would conjecture a new question. Just as no one thought that the brightest academic minds could have produced the failure and banking crisis of Long-Term Capital Management, what if another factor fails terribly for an elongated time? To put it simply, what will happen When Quality Fails?

Testing The Quality Of A Company

We bring this question up because in so many ways this is the real problem of stock investing in 2022 and the S&P 500’s pain point over the next decade. We have heard things like price-to-earnings (P/E) ratios don’t account for the balance sheet. The balance sheet is a way to test the quality of a company in security analysis. P/E ratios are just one measure of the many yardsticks of value relative to the income statement. However, these factors can run contrary to each other and even be at odds with each other.

Quality has so captivated the minds of investors because it gives them comfort that the mania we just ended was not 1999. Back then there were no earnings, no return on capital and very little cash stacked up on balance sheets. The mania we have today is good balance sheets and good returns on capital with no problems in sight. The only issue is that there are companies before that have found themselves in this same situation as today. It was the Nifty Fifty in 1972. This was the crème de la crème of blue-chip growth businesses in America. Jeremy Siegel argued in his book, Stocks for the Long Run, that investors could have paid the highest prices ever for these securities and still almost beat the market 25 years later because ultimately the quality of the businesses was so good. They produced higher earnings growth and higher returns on capital than the rest of the S&P 500…but still lost.

To come back to reality, 25 years is a long time in human life. Most humans forget anything past three years ago. This is why dogs chase cars and people chase stocks. We will revisit one of the true darlings of the Nifty Fifty, Coca-Cola (NYSE:KO), to understand as investors what happens in more understandable time frames (seven years) When Quality Fails.

Coca-Cola ended the year 1972 at $1.55 per share in price (on a split-adjusted basis). Cola-Cola had $234 million of net cash in 1972. They ended 1979 with net cash of $178 million. This is a pristine balance sheet throughout the period. That element of quality was with the company all along.

Earnings grew from $198 million in 1972 to $420 million in 1979. This means they grew earnings 11.31% over this seven-year period. Strong earnings growth during a rough inflationary period – check. They had this going for them during this period as well. 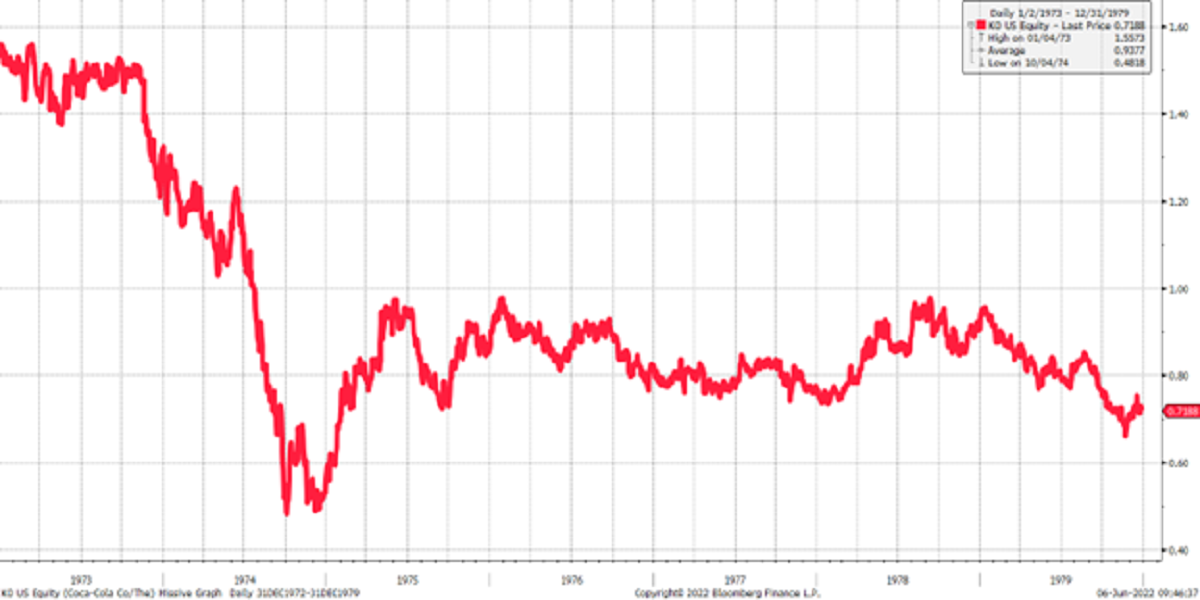 If all of these elements of quality were going for them, what was killing the investors? What caused them to fail was value. As Siegel points out, Coca-Cola was trading for 48 times earnings at the end of 1972. By the end of 1979, they were trading at 10.15 times earnings while holding more cash than debt and producing over 20% return-on-equity. This is a perfect picture of When Quality Fails!

We highlight this to our investors, so they pay heed to the gestalt of today’s equity markets. There is a false front out there proselytizing investors to believe that the current mania won’t hurt like past ones. The investors of the 1970s in Coca-Cola, Simplicity Patterns and Clorox would love to climb out of their graves and impart their wisdom to us all. The investors of Smead Capital Management fear stock market failure. We want to ensure all understand why we are unwilling to be owners of names like Amazon, Costco or Microsoft today. These businesses may succeed in their operations incredibly over the next 10 years as Coca-Cola did in the 1970s. In the end, the investors might hate them anyway. It just shows you how bad the nightmare is When Quality Fails.

The information contained in this missive represents Smead Capital Management’s opinions, and should not be construed as personalized or individualized investment advice and are subject to change. Past performance is no guarantee of future results. Cole Smead, CFA, President and Portfolio Manager, wrote this article. It should not be assumed that investing in any securities mentioned above will or will not be profitable. Portfolio composition is subject to change at any time and references to specific securities, industries and sectors in this letter are not recommendations to purchase or sell any particular security. Current and future portfolio holdings are subject to risk. In preparing this document, SCM has relied upon and assumed, without independent verification, the accuracy and completeness of all information available from public sources. A list of all recommendations made by Smead Capital Management within the past twelve-month period is available upon request.

This Missive and others are available at www.smeadcap.com.