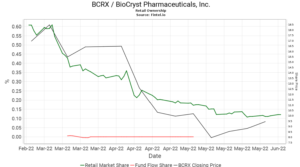 BioCryst Pharmaceuticals, Inc. (NASDAQ:BCRX) is a late clinical stage biotech firm that focuses on oral drugs for the treatment of rare and serious diseases. The company was founded in 1986 and first listed on the Nasdaq in 1994. Since listing, BCRX shares have endured a wild ride of cycles roughly every 5 years. The cyclical nature of a clinical stage biotech company presents various investment opportunities for patient investors. 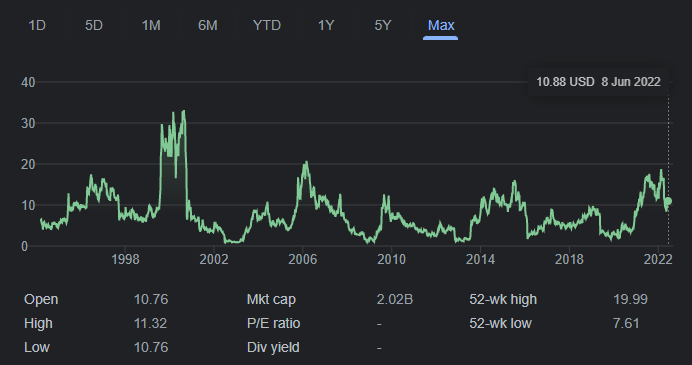 Pre-market on Wednesday the 8th of June, BioCryst released news that the U.S. Food and Drug Administration (FDA) had granted Fast Track designation for BCX9250 for the prevention of heterotopic ossification (HO) in patients with fibrodysplasia ossificans progressiva (FOP).

An FDA Fast Track Designation is a priority process granted to an organisation’s newly developed treatment to speed up the review of the drug that is required to treat serious conditions that do not have any current medical solutions. Being granted fast track designation wields benefits that include: more frequent meetings with the FDA during development, eligibility for accelerated approval, priority review and rolling reviews that allow sections of an application to be submitted for review rather than waiting for an entire application to be reviewed.

In addition to this news, earlier in the week on Tuesday, another BioCryst product named Orladeyo (berotralstat) was approved for use by regulatory authorities in Switzerland and Canada for patients 12 years and older. Orladeyo is an orally administered therapy that is used to prevent reoccurring hereditary angioedema (HAE) attacks in patients.

The releases of these approvals have added support to the share price momentum that has been building since mid-May.

Earlier in May, BioCryst reported first quarter results with the company posting a wider than expected EPS loss of -40 cents vs forecasts of -36 cents. BCRX generated revenues of $49.9 million which was marginally below the $51.5 million forecast from the street. The company ended the quarter with $446.8 million and spent $71 million in operating expenses.

On the outlook for the remainder of 2022, management expects to generate revenues of $250 million, following the recent strength of the Orladeyo launch. The firm also guided operating expenses between $440-480 million which could be impacted more or less depending on the outcome of the BCX9930 program.

BCRX has gained 12 places so far this week and is currently the 64th most held security by retail investors on the platform. Retail ownership in BCRX has been falling over the last three months with the sell off being fueled further in April when BioCryst paused enrollment for the BCX9930 clinical trials. 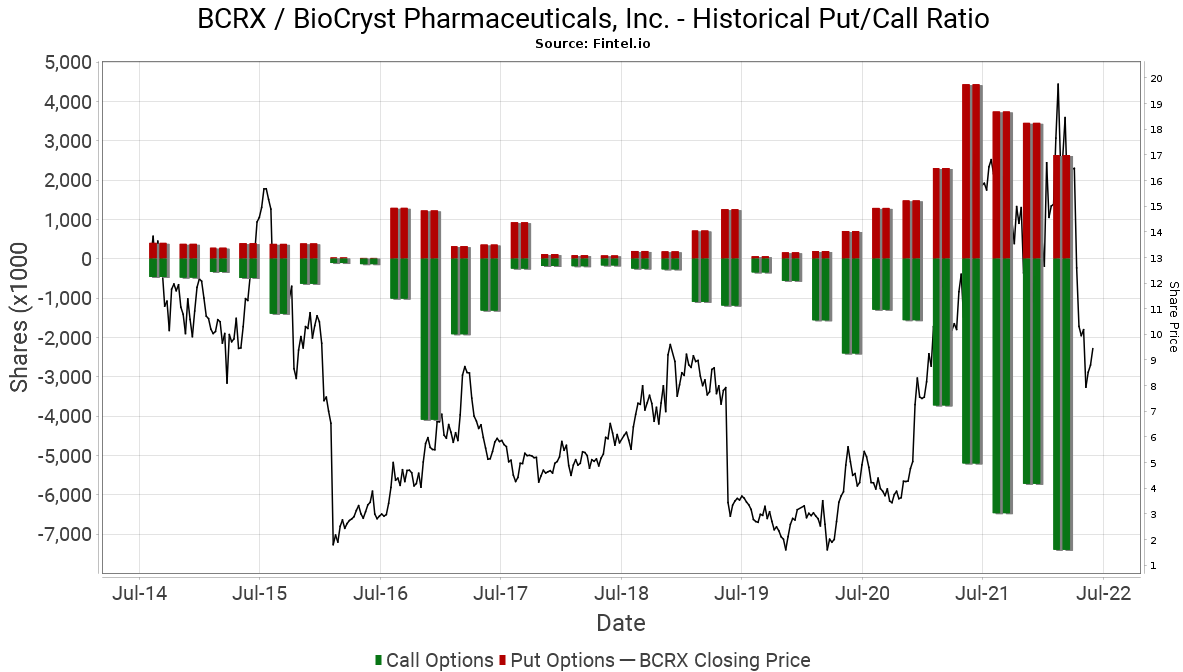 When comparing retail interest with institutional interest with a longer term view, it is noted that the level of ownership continues to grow over time regardless of the volatile price fluctuations. According to the Fintel platform, BioCryst has 477 institutional owners and shareholders that collectively hold 142.3 million or 76.7% of the total float. In addition, there has been significant insider selling in the last quarter. 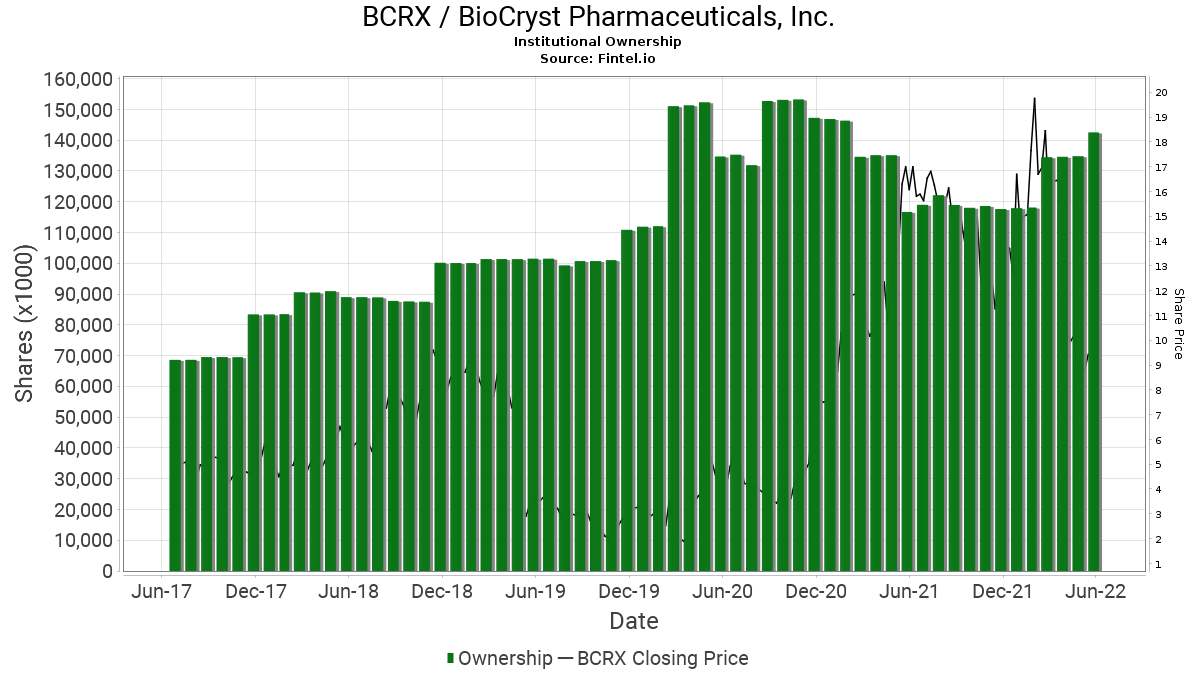 Options market sentiment is bullish as indicated by a put/call ratio of 0.31. This ratio shows the total number of disclosed put options in the market and divides it by the number of open call options. The chart provided below shows the historical institutional put/call ratio in the stock over a longer time horizon. 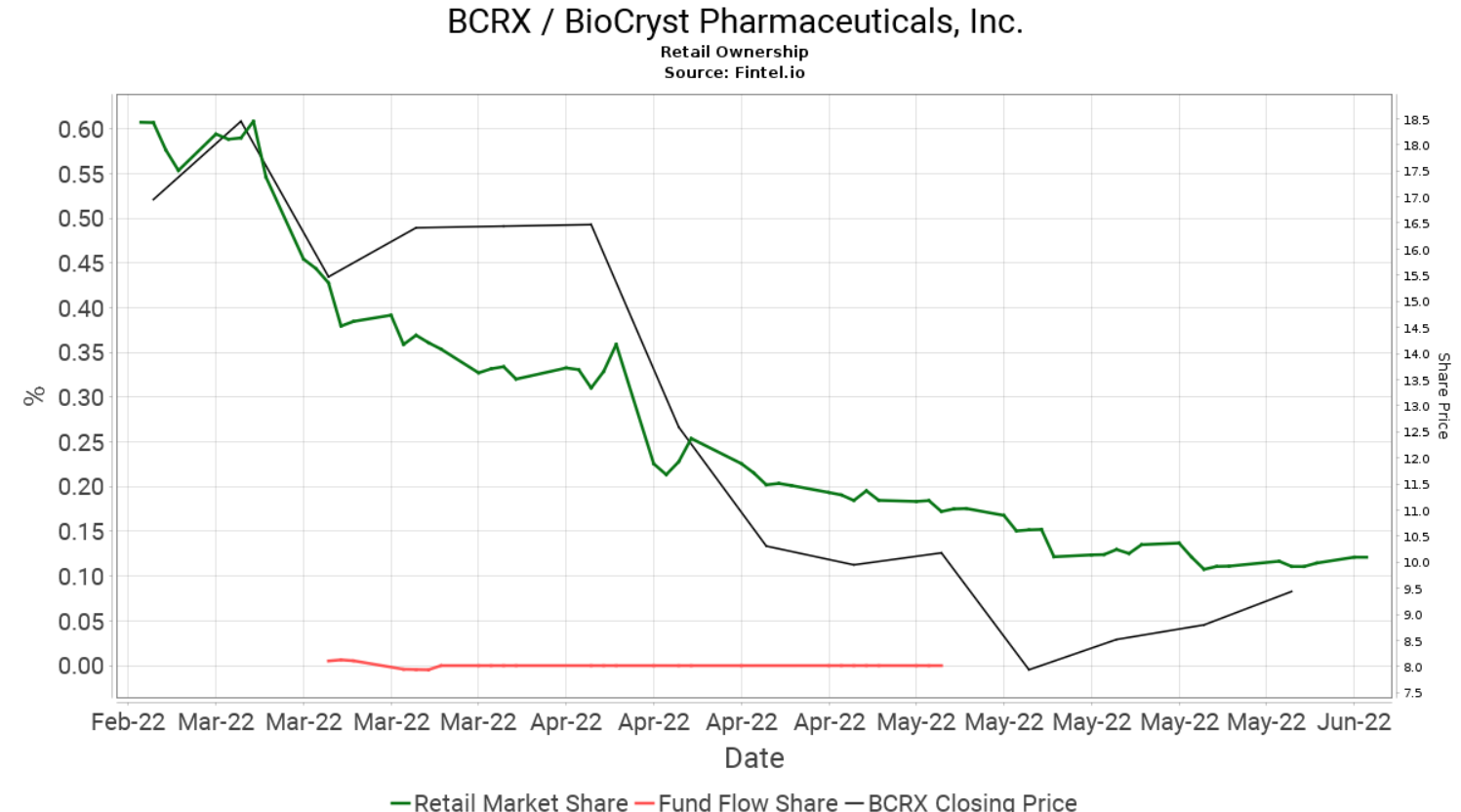 Jonathan Wolleben from JMP Securities notes that the fast track designation reflects the needs for a therapeutic solution for the ultra-rate disease that currently has no approved options available on the market. The firm likes the opportunity for ‘9250’ as the ALK-2 mutations have been found in a wide majority of FOP patients. The firm reiterates its ‘market perform’ rating and $25 target for the stock.

Ken Cacciatore from Cowen believes Orladeyo alone supports the firms current price target of $25. The firm highlighted that if BCX9930 is discontinued, profitability may come sooner and higher than originally anticipated as it would remove an estimated $200 million in R&D spend in 2023.

BCRX has a consensus ‘overweight’ rating and an average target price of $17.10, implying ~57% upside to the current price.