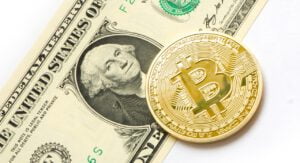 Celsius Network, a major crypto finance and lending firm, has gone bust under signs of a pyramid scam. The shock wave of the crisis, which includes the arrest of its financial director, Yaron Shalem by the Israeli police —accused of money laundering and fraud— has hit the market hard.

As bitcoin drops below $24,000 in a new 18-month low, Celsius Network was the first to announce the suspension of withdrawals, exchanges, and transfers between accounts in the operations of its crypto clients.

The firm managed the equivalent of $20 billion in crypto-assets and offered interest of 12% per year on average to its users for depositing funds. Financial agencies of various U.S. states, including Texas and New York, had sent warnings to the firm suspecting that it was a pyramid scheme.

Celsius Network made the announcement shortly after Binance announced the “temporary” freezing of bitcoin withdrawals. Next, users of Bitfinex, another trading platform, reported problems withdrawing funds.

Binance CEO and founder Changpeng Zhao initially announced on Twitter that he was “temporarily pausing bitcoin due to a stuck transaction causing a backlog of trades. It should be fixed in about 30 minutes”.

Twenty minutes later, Zhao commented that “This will likely take a bit longer to fix than my initial estimate. More updates to come soon. Thanks for your patience and understanding.”

Celsius Network’s explanation for suspending all withdrawals, exchanges, and transfers was the “extreme conditions” of the market, which have caused a new crash in bitcoin. The world’s biggest cryptocurrency lost more than 13% and marked its worst dive since December 2020.

“We are making this decision to put Celsius in a better position to meet its retirement obligations over time,” the platform said in a statement.

The firm, which allows its users to use their crypto assets as collateral to finance their projects, has explained that it decided to activate a clause in its Terms of Use that will allow this process to be carried out, stressing that it has “valuable assets” and is working diligently to fulfill its obligations.

“We are taking this necessary step for the benefit of our entire community to stabilize liquidity and operations while taking steps to preserve and protect assets,” it added, noting that customers will continue to accrue corresponding rewards during the suspension.