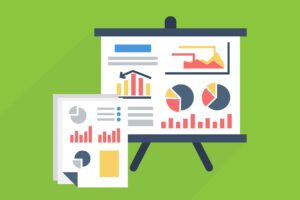 Interest rates hikes are a “blunt yet dangerous weapon” in the fight against scorching hot inflation, which is hitting low-income households the hardest, warns the CEO of one of the world’s largest independent financial advisory, asset management and fintech organisations.

In the U.S., UK and Germany, inflation has risen to the highest rate for 40 years. Consumer price growth has even begun surging across Asia, a region that until recently had largely been able to avoid the broad-based global trend.

Inflation in Latin America’s largest economies is the highest it’s been in 15 years; the overall rate in Sub-Saharan Africa is expected to grow to 12.2% this year; the Netherlands this year nearly tripled to 9.2%; and Australia’s has doubled to 5.3%.

Nigel Green says: “Inflation is a serious global problem. There are real fears of a return to the chronic inflation and recessionary landscapes of the 1970s.

“In an attempt to tackle the scourge of surging prices, central banks around the world are hiking interest rates. According to the theory, when interest rates are higher less money will be spent. When less money is being spent, prices for consumer goods rise more slowly.

“But raising interest rates is a blunt weapon in this fight.

“Hiking borrowing costs can only do so much to address the triggers of inflation on the supply side of economies, like unprecedented shipping backlogs or shortages of materials and labour, Covid lockdowns in China, and the war in Ukraine.”

He continues: “Raising interest rates to fight inflation is also a dangerous weapon too.

“Inflation is hitting lower and middle-income families up to a third harder than the richest ones, according to research, because they need to spend a higher proportion of their income spent on essentials such as food and energy.”

Clearly, something needs to be done to shield the poorest families from the worst effects of rising prices.

“However, hiking interest rates may not be the solution? Why? Because lower-income households are the ones most likely to have credit – and higher interest rates mean higher borrowing costs,” says the deVere Group CEO.

“In addition, it intentionally slows the economy which might then trigger a recession and stunt companies’ efforts to invest and create jobs which, again, would have a greater negative financial impact on poorer families.”Nigel Green concludes: “The most effective weapons in the fight against inflation are not within the remit of central banks.

“The best measures lie in getting a conclusive international grip on the pandemic, stopping the war in Ukraine, solving supply-chain problems, and significantly ramping up the production of green energy – energy demand is only set to increase over time and interest rate hikes will not be enough to dampen demand.”

deVere Group is one of the world’s largest independent advisors of specialist global financial solutions to international, local mass affluent, and high-net-worth clients. It has a network of more than 70 offices across the world, over 80,000 clients and $12bn under advisement.