The Most Influential NFT Influencers

GaryVee (otherwise known as Gary Vaynerchuck) is the world’s favourite  NFT influencer, having the biggest following across all four platforms. Vaynerchuck has accounts across all social media platforms, including 13.6 million TikTok followers. He also earns a whopping $56,400 per Instagram post, giving GaryVee an exceptional score of 10/10 for NFT influence.

Elliot AKA EllioTrades followed in second place with an NFT influence score of 6.98/10. EllioTrades has 734,200 Twitter followers and earns $2,900 per Instagram post. . EllioTrades however does not have a TikTok presence, therefore contributing to his second place.

Farokh has the third-best NFT influence, with a score of 6.46/10. Farokh has active accounts on all platforms but YouTube. Farokh has amassed a total follower count of over half a million across Instagram, TikTok, and Twitter, including 288,600 Twitter followers.

Two of the top ten NFT influencers are female, with Josie Bellini ranking in sixth place and Artchick ranking in eighth place. Josie is a pioneering artist and designer who has been creating cryptoart since 2017, whereas Artchick is known for calling attention to female creators, collectors, and crypto-comrades. 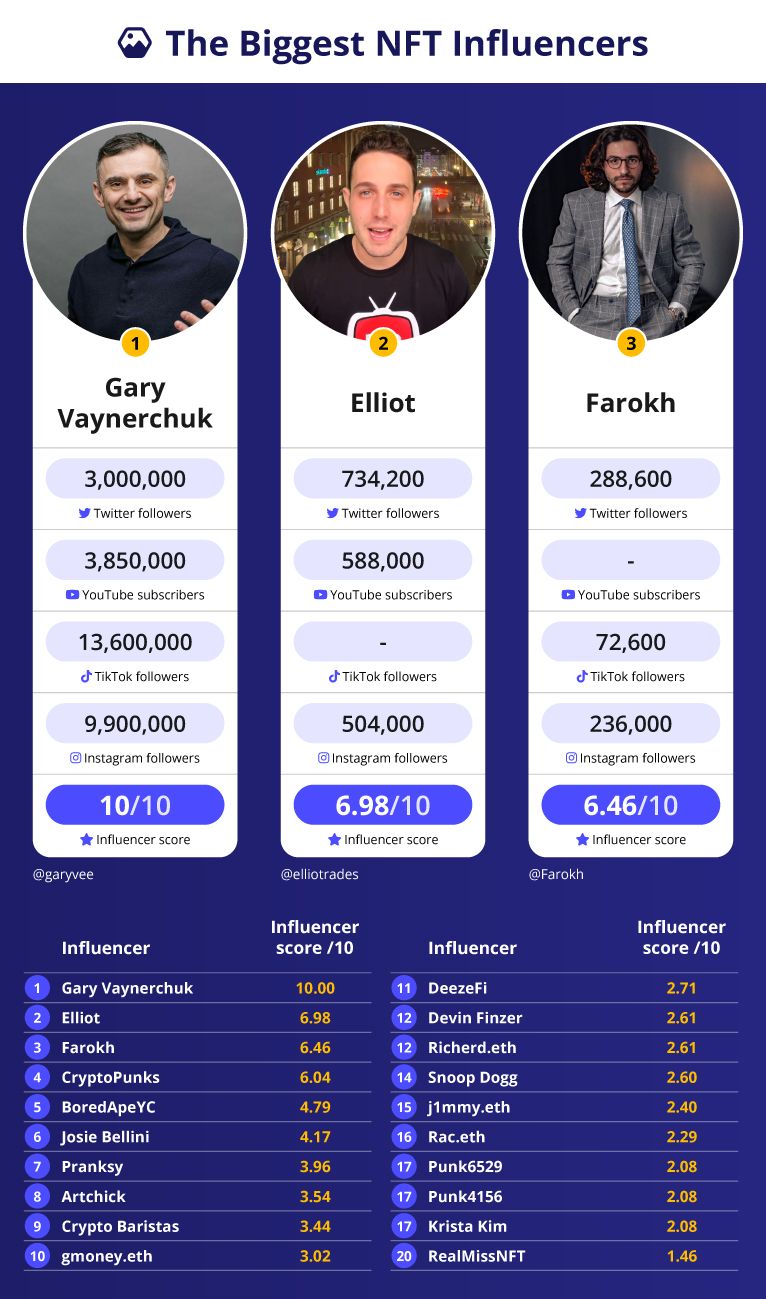