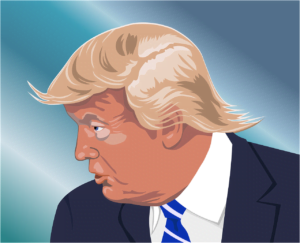 As the January 6th House Select Committee hearings proceed, let me pose a hypothetical question: What would have happened if Trump’s angry mob had succeeded in capturing Vice President Mike Pence and House Speaker Nancy Pelosi – and perhaps many Democratic members of Congress?

Would President Donald Trump have ordered his mob to “stand back and stand by?” What do you think?

We do know, of course, that after hours of delay during which Trump’s angry mob ransacked the Capital, disrupted Congress’s count of the presidential electoral votes, and came within seconds of cornering most of the representatives and senators including the Speaker and Vice President. Trump finally ordered his mob to disperse.

For several weeks Trump had helped in the planning of his troops’ invasion of the Capitol, and at the rally on the morning of the attack he urged them to march on Congress and “fight like hell.” He enjoyed calling himself a “wartime president,” and in his final days in office, he actually  command his troops.

After trying everything else – from bringing over sixty failed lawsuits, trying to persuade Republican-controlled state legislatures to replace presidential electors, compiling lists of fake electors, and trying to strong-arm Vice President Mike Pence into refusing to count the electoral votes of the battleground states that Democratic presidential candidate Joe Biden had won, Trump played his last card. He sent in his storm-troopers.

He even told them that he would march with them to the Capitol, but instead headed back inside the White Houe where he could watch the invasion on TV. The war-time president indeed!

Let’s step back for a minute to take stock. Surely this would not be a peaceful tourist visit to the nation’s capitol. With some 300 Proud Boys in the lead, the mob was able to bull its way into the building. Did all these invaders have athe same objective?

Surely many of them hoped to disrupt the counting of the presidential electoral votes. Some may actually have intended to hang Mike Pence and perhaps kill Nancy Pelosi as well. Now here’s a question for you: Suppose a contingent of Proud Boys, Oath-keepers, and Three Percenters cornered a couple of dozen Democratic Representative and Senators.

Just think about it. Imagine if you or your spouse were trapped by an angry mob screaming for your blood?

Had Trump’s mob succeeded in their mission, they might have actually duplicated the Bolsheviks’ storming of the Winter Place, leading to the overthrow of the czar in 1917. In this instance, the mob might have overthrown our democracy and made their dear leader president for life.