Coinbase Is Shedding 18% Of Workforce Amid “Crypto Winter” Talk 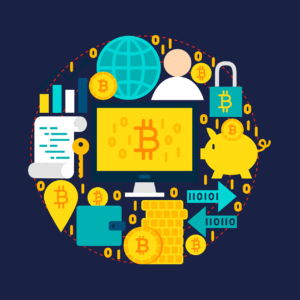 Coinbase Global Inc (NASDAQ:COIN) is set to lay off 1,100 employees or 18% of its staff, according to a filing with the U.S. Securities and Exchange Commission. CEO Brian Armstrong pinned the decision on the changing economic conditions that could make a “crypto winter” more likely.

Armstrong was quoted as saying in The Verge, “The broader market downturn means that we need to be more mindful of costs as we head into a potential recession.”

“We also grew quite quickly over the past two years and have begun to operate less efficiently at our new size. It will take us some time to adjust to this new scale before growing again.”

Armstrong had gone on Twitter to criticize an employee petition of firing all Coinbase executives and deem “it really dumb on multiple levels.” The CEO encouraged unengaged workers to find a way out of the company.

However, the employee petition condemned the company for “aggressively hiring for thousands of roles, despite the fact that it is an unsustainable plan and is contrary to the wisdom of the crypto industry.”

The petition also pointed to the prioritization of badly-timed projects such as the NFT platform that was launched amid a drop in activity, while also being unable to engage existing NFT users.

On The Way Down

Coinbase’s luck has much changed since the popular Super Bowl ad —a QR code that took viewers to a website where they were awarded $15 in bitcoin after signing up.

The stunt cost the company $14 million just before the company’s IPO had yielded $1.2 billion in share sales that ended in the company executives’ pockets.

However, Coinbase’s market value has crashed as investors launched into a crypto selloff and pull out of risky assets. The increase in interest rates to tame rising inflation is also playing a major role.

As reported by CNN Business, Coinbase’s stock is down almost 80% this year and 85% since its IPO. The firm, whose worth was once close to $100 billion, is now worth less than $12 billion.