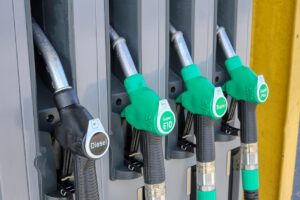 Food and gas prices are on the rise, and there seems to be no respite, at least in the short-term. A couple of proposals were made to offer gas stimulus checks to Americans, but so far, there haven’t been any serious discussions on the topic. However, a Facebook post earlier this week went viral claiming that President Joe Biden has approved gas stimulus checks. The Facebook post is false information.

A Facebook post on June 12 claimed that President Biden has approved gas stimulus checks of $1,000, and that the eligible recipients would get the money this week. Further, the post noted that these stimulus checks are for all states, and all eligible individuals will get the full amount provided they don’t owe the state anything.

“President Biden confirm(ed) everyone will receive their $1k gas checks this week!!” the post reads. “Long as you don’t owe da state you will get the full amount which is $1k this week!! Most of you should have gotten it on yesterday. This is for all states!!!”

Facebook, on its end, was quick to flag the post as false. The truth is that a few proposals to send gas stimulus checks have come up, but none have gained any traction.

In March, Ro Khanna and Sheldon Whitehouse came up with a proposal, called the Big Oil Windfall Profits Tax. The proposal calls for taxing major oil companies and using the money to give gas stimulus checks to Americans.

Under the proposal, the tax on oil companies will “equal to 50% of the difference between the current price of a barrel of oil and the pre-pandemic average price per barrel between 2015 and 2019.”

Another similar proposal came from Mike Thompson (D-Calif.), John Larson (D-Conn.) and Lauren Underwood (D-Ill.). This proposal, called the Gas Rebate Act of 2022, calls for giving $100 to Americans each month in 2022 when the national average gas price exceeds $4 a gallon.

Under the proposal, single filers with income less than $75,000 annually (less than $150,000 for joint filers) would be eligible for the stimulus money.

One more proposal to send a gas stimulus check came from Rep. Peter DeFazio (D-Ore.), called the Stop Gas Price Gouging Tax and Rebate Act. The proposal calls for offering rebates through taxing the profits of oil and gas companies.