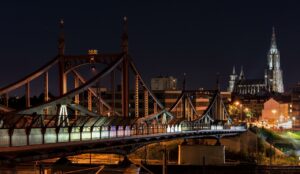 Germany is preparing for a possible complete cut-off of Russian gas after the Eurasian giant cut shipments through the Nord Stream pipeline by 60%. Robert Habeck, Vice-Chancellor and Minister for the Economy and Climate Change, has sent a clear message to residents: “We must save gas and energy. Every kilowatt hour counts in this situation.”

As reported by the Financial Times, Germany is watching with concern how Russian President Vladimir Putin is putting pressure on the EU with a slow but steady cut in gas supply and a persistent price hike.

This time, the justification was a problem with Siemens AG (ETR:SIE)’s turbines, which, according to Russia’s Gazprom PAO (MCX:GAZP), needed to be repaired. But the company only has one plant capable of producing and maintaining such turbines in Canada, and the sanctions prevent Gazprom from sending them there.

The result, says the Russian company, is that it has been forced to paralyze the affected part of the gas pipeline and reduce its capacity.

Habeck explained they are trying to solve the problems —if they are true— with Siemens and the Canadian government, but that his feeling is that it is an “excuse” for Putin to pressure Europe with his main weapon: energy.

The minister recalled the government is working to increase gas reserves for the fall, to avoid a harder blow to the German economy in the future, but Gazprom is stalling deliveries to delay this as much as possible.

In this outlook, Habeck has urged people in Germany to “save energy.” “The country has been warning for months that its economy would be one of the biggest victims of a complete cut off of Russian gas.

Habeck has already negotiated contracts for the next few years with the Persian Gulf countries to replace part of what his country buys from Russia, but they will not be able to fully compensate and the transition period will be dangerous.

Meanwhile, gas prices in Europe continue to climb, as an increase of 24% was recorded Thursday to 146 euros/MWh —levels not seen since March. In June’s second week, gas is up 73% as Moscow extends cuts to crucial gas flows to the continent.