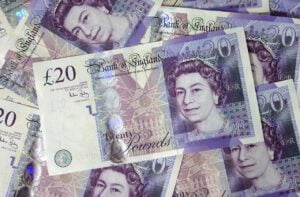 “Inflation risks being a slow poison for the economy, so the Bank of England is trying to take an antidote now by raising interest rates. However, it can only take a small dose at a time given the ailing nature of the economy. So, it’s stuck with a 0.25% rate increase to 1.25%, with more hikes to follow. It’s not following the prescription written by the US Federal Reserve of the more potent medicine of a steeper hike due to fears a deep recession could follow. The US central bank hiked rates by 0.75% yesterday, more than it had initially planned given the worries of spiralling prices.

Inflation Is Set To Soar

Worries will ratchet up that given inflation is set to soar to the eye watering levels of 11%, the Bank of England is going to be seriously behind the curve in attempts to bring it down. There is dissent around the table, with policymakers charged with administering this bitter pill for the economy split on the course of action to take. 3 members wanted to see a steeper 0.5% rise, and that concentrated dose may well be given in the months to come if these red hot prices show no sign of easing.

The pound has fallen back further against the dollar to $1.20 amid this bleak assessment of the prospects for the UK. The FTSE 100 and FTSE 250 have sunk by more than 2% as worries swirl about what the impact this spiral higher of prices and the shrinking economy will have for companies and consumers. ITV is among the big fallers on the FTSE 100 today given expectations ad spending will be reined in by businesses as the downturn deepens, while retailers JD Sports and Next have been hit with worries that shoppers will tighten the purse strings.

The fall in the indices comes amid a fresh downbeat snapshot from the ONS* showing that companies are increasingly concerned about the risks facing them.  More than three-quarters (76%) of businesses reported they have some form of concern for their business for next month, compared to late February this year when just a fifth (21%) were worried.  Construction bosses are fretting about the impact of inflation, causing prices to shoot up all over the place which is hugely difficult for building projects. 48% of construction firms cited higher input costs as a worry, up from 38% in May. Soaring electricity gas and fuel bills are the big bugbear for bosses in hospitality with almost half of firms (47%) saying energy costs were a concern, up from 29% in May.

Although retail sales had been holding up there are signs that consumers are becoming less confident to splash the cash, as the cost of living squeeze intensifies. After the big Jubilee blow-out it seems shoppers are reining in their spending especially for big ticket items which aren’t essential. The CHAPs indicator of UK credit and debit card purchases indicator decreased by 6 percentage points to 102% of its February 2020 average in the week to 9 June 2022, with decreases in all spending categories.

If demand is already slowing this could mean that the Bank of England may keep on its more cautious path for monetary policy in the future. But it will need to see inflation coming down significantly from its red-hot levels, before it can step off the pedal of rate rises.”

*Business insights and impact on the UK economy – Office for National Statistics (ons.gov.uk)