Honda’s Stock Continues To Fly Under The Radar 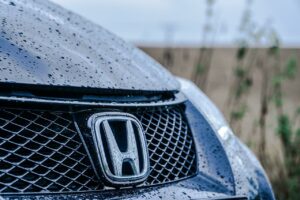 Honda Motor Co Ltd (NYSE:HMC) recently teamed up with Sony and is expected to roll out a series of electric vehicles in the coming year. Although the company is late to the party, Honda’s technological prowess and experience mean that the car-maker should catch up quickly. Meanwhile, Sony, which has a history of producing batteries, should only hasten that process. Honda will primarily provide engineering technologies, and Sony is expected to contribute imaging, sensing, telecommunication, network, and entertainment technologies.

What are the forecasts for the global automobile market?

The global automobile market continues to witness a slowdown during the most recent quarter, with competitors such as Volkswagen in Europe and Ford in the U.S. seeing revenue decline. On the other hand, the two major Japanese car-makers, Honda and Toyota, continued to remain resilient despite the headwinds as both car-makers posted a single-digit growth during the same quarter.

Analysts recently reduced their growth estimates for global car sales, which are expected to grow from 2-2.5% until 2030, down from their earlier estimates of 3.5%. Honda is likely to be affected by this global slowdown as well. To partly offset some of that slowdown and to remain competitive, Honda’s management decided to include EVs as a part of their portfolio. Something that is had been reluctant to do until now.

But, the joint-venture is still a few years away from rolling out the new model. Although, Honda will continue bringing new models to the market, investors may still be concerned about the timeline of the release, fearing that a late rollout may result in a permanent setback for Honda as competitors who come to the market earlier may gain a permanent foothold.

On the other hand, Honda’s history of providing reliable, well-made cars makes it an attractive prospect for many new car buyers. And with many first-time customers expected to come to the market from developing countries, Honda should continue to grow at an acceptable rate over the next few years.

Can you consider Honda on valuation alone?

Honda currently trades at 8x earnings and has a yield of 4%. Both make the car-maker an attractive prospect, and with competitors offering yields lower than that of Honda’s or not offering one at all, investors may look to Honda as one of the best options among the various automobile stocks. But risks remain, and car makers tend to fare poorly during a rising rate environment. Although Honda’s revenue has continued to increase y-o-y, record levels of interest rates may change that during the next few quarters. Key markets such as the U.S. have already witnessed multi-decade high-interest rates, and this could in turn lead to a decline in sales during the latter half of the year.

Despite economic headwinds, the average age of the car on the roads continues to hit record highs, and consumers may just bite the bullet and purchase a new vehicle anyway. Since Honda offers relatively cheaper cars that are durable and reliable, consumers may look to the car-maker over competitors during times of economic hardship. Secondhand car prices have also witnessed record prices, as demand from car-rental companies forced prices up to record levels, which may force consumers to seek out Honda as one of the few options that is within their budge. Overall, Honda has both positives and negatives, and a long-term investor may consider the long-term story of Honda, which remains positive.

What does management have to say?

During the latest earnings call, Honda’s management reflected on the following points: