Housing Starts Declined 14.4% In May 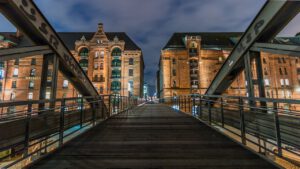 In his podcast addressing the markets today, while commenting on housing starts, Louis Navellier offered the following commentary.

The stock market’s “capitulation” selling on Monday was essentially a “retest” of recent lows for the NASDAQ Composite and S&P 500.  Then the stock market made new lows on Thursday after the other central banks, like Britain and Switzerland, followed the Fed and raised key interest rates, which raised concerns about more central bank actions and higher interest rates.  The best way to describe Thursday’s market action is that many stocks hit an “air pocket” as buying pressure fizzled.  That was the bad news.

The good news is that even though the stock market sometimes throws the good stocks out with the bad, our fundamentally superior stocks are poised to resurge during quarter-end window dressing, benefit from the annual Russell realignment, and will be announcing stunning second-quarter earnings results commencing in late July.

The other good news is that Bespoke Investment Group documented that when the S&P 500 has fallen over 20% in the past 14 times since 1946, the median return in the next month is 2.89%, the next three months is 5.71% and the next year is 23.9%.  In other words, the stock market is grossly oversold, so it is time to go bargain hunting in fundamentally strong stocks.

The Commerce Department on Thursday announced that housing starts declined 14.4% in May to an annual pace of 1.55 million.  Single-family homes starts declined 9.2% in May, while multi-family home starts plunged 26.8%.  New building permits also declined 7% to 1.7 million in May.  It is very evident that since mortgage rates have soared from 2.67% at the end of 2021 to 5.78% currently according to Freddie Mac, soaring mortgage rates are curtailing new residential building activity.

The Labor Department on Thursday announced that weekly unemployment claims in the latest week declined to 229,000 compared to a revised 232,000 in the previous week.  Continuing unemployment claims in the latest week rose to 1.312 million compared to a revised 1.309 million in the previous week.   Overall, the labor market looks good on the surface, but under the surface, recent technology and housing-related services are a growing concern.

Residents of a Utah neighborhood said they spent more than a month dodging attacks from an aggressive goose, nicknamed “Gangsta the Goose,” acting as a bodyguard for a mother duck and her eggs. Residents said the eggs have now hatched, but Gangsta has not abandoned the family. Source: UPI. See the full story here.