Panic Sell Or Hold? What Should You Do With Your European Stocks 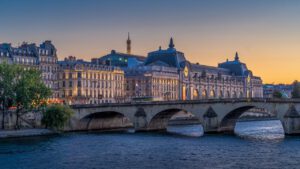 Uncertainty surrounding the current state of events in Europe has the stock markets more volatile than usual. It’s the Russian and European stock market that has everyone’s attention, with Russia’s stock market pretty much non-existent – the market has remained closed for five days now. Plus, shares in Sberbank dropped by a soul-crushing 95%, with shares now selling for as little as a dollar.

Anyone who had Russian stocks has likely jumped ship, but what about the repercussions for the European stock market? Let’s explore.

The uncertainty and growing conflict between Ukraine and Russia have sent stocks markets into an increasingly volatile state that’s leaving investors nervous. On the 3rd of March, at the close of trading, pan-European Stoxx 600 finished down by 2%, although it started the day by gaining 0.5%. Utility stocks suffered the most damage with a drop of 3.5%, whereas basic resources rose by 0.8%.

Two days before the Stoxx 600 slump, the FTSE 100 finished the day 1.5% lower. The CAC fell by 3.2% in Paris, and the Frankfurt DAX fell by 3.1% by the close of the day. Investors are feeling the pressure as news about the conflict evolves and sanctions increase, leading to a direct impact on the European stock market.

There are 22 companies listed on Europe’s Stoxx 600 that rely on Russia for 5% or more of their sales and, as a result, have witnessed a combined $100 billion vanish from their market value since February 18th, the day the conflict began. Nervous, yet somewhat wise, investors dipped from the market at the beginning, but there’s still a large percentage of people with European stocks tied to Russia that are debating whether to sell or not.

Has Tracking and Predictions Become Impossible?

As mentioned before, Europe’s Stoxx 600 exchange is more volatile than ever before. Tracking and predicting can seem futile when the market rises and falls so sharply with each opening and closing of a trading session. Still, tracking and predictions are the backbones of investment and tools can spring into action during times of high volatility.

It’s essential to collate as much data as possible to influence investment decisions. In light of current events, data should help investors decide whether to sell or hold their stocks and shares. Still, there’s no denying that tracking and predictions have become somewhat tricky even with the help of a sophisticated investments API – simply because of the current state of events in Europe and the inability to predict the direction of the conflict.

Stocks That Can Withstand The Slump

Fear not – experts have analyzed the market to reveal undervalued stocks with a potential to gain and have withstood key turning points in the market this year. The focus seems to be on energy sources thanks to Europe’s ties with Russia’s energy supply now being non-existent.

Energias de Portugal is one to watch. It’s a specialist company in renewable energy that rose by 5.4% in the last 24 hours. Many other energy providers in Europe will likely see their stock prices increase as the race to find another energy source begins after confirmation that Nord 2 won’t go ahead.

LSE – The London Stock Exchange – is also on the rise.

Reports suggest that LSE should climb by 37%, and 77% of analysts rate it at a buy, which is more than has been recorded for the last 20 years for the LSE. Still, the shares are currently down by 6.5% year-to-date, although some investors would call that the best time to buy into the stock.

Siemens Healthineers is another one predicted to sky-rocket in value. It’s a spin-off of Siemens – a brand long dominated the health industry with its leading technological innovations. They recently raised their financial targets for 2022 after experiencing a boom in profit attributed to the approval of their covid-19 rapid antigen tests in the US. Even though Siemens Healthineers experienced a 16% year-to-date drop, the expert analysis predicts the stock will soon rise by 26%, making it the perfect time to buy.

It’s essential to remember these are simply predictions based on analysis. Always research before buying into a stock, especially a European stock that might be influenced by the current state of affairs.

To Sell or Not To Sell

To sell or not to sell, that is the question. The answer isn’t straightforward, either. The stock market is influenced by multiple factors, from politics to economics. The decision to buy or sell should come from an analysis of market trends, data from APIs, and an understanding of what influences the rise and fall of a particular stock.

There’s a wealth of data and expert opinions to find online, most of which believe people should hold and buy European stocks. For example, one analysis believes defence and aerospace stocks to soar by 39%, but again, that will be influenced by the current state of affairs in Europe.

The decision to buy or sell is entirely your own. That’s why investment is a high risk, especially with a highly volatile market. Investors are scrambling to find the next best commodity or utility to buy into cheap and which stock to sell before it plummets. The question is, will you hold or sell your stocks?