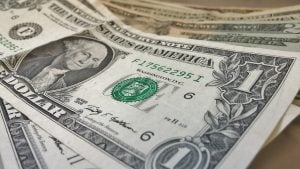 Inflation in the U.S. continues to reach new highs, and this is hurting low-income households more, especially low-income workers. In Oregon, however, workers will get some respite from the increased prices of goods as the state will be sending out stimulus checks to workers this week. More than 200,000 households or individuals will benefit from these Oregon stimulus checks. The stimulus checks will be $600.

Oregon Stimulus Checks: Who Will Get Them?

In March, Oregon lawmakers approved the stimulus payment for low-income workers. This stimulus program is part of House Bill 4157, which was passed by a comfortable margin in both chambers of the Oregon Legislature. Many Republicans also supported the bill.

On Wednesday, the Oregon Department of Revenue said it would send about $141.8 million to 236,000 qualifying households. The department will send about $82 million directly into the bank accounts of qualifying individuals, while the remaining will be sent via mail.

Residents are not required to submit an application to get the stimulus money, rather they will get the payment automatically if they meet the eligibility criteria. The money will go to workers who claimed the Earned Income Tax Credit in 2020. Also, residents must have lived in the state in the last six months of that year to be eligible for the payment.

Apart from Oregon, some residents in Maine are also receiving stimulus money this month. Maine is sending the first round of $850 relief checks this month. The relief checks will go to residents who have filed their 2021 state income tax returns by October 31. It is estimated that about 858,000 residents will receive the stimulus check.

To qualify for the Maine relief checks, the resident must not be claimed as a dependent on another’s return. Also, the taxpayers should have an income of less than $100,000 (single filers), while the income limit for a head of household is $150,000 and $200,000 for couples filing jointly.

For more information on the Oregon stimulus checks to workers, residents can email the Oregon Department of Revenue at onetime.assistancepayment@dor.oregon.gov or call 503-378-4988 or 800-356-4222 (toll-free). Also, residents can visit the One Time Assistance Payment webpage or visit www.oregon.gov/dor.