On the dark side is NEM, PHG, KALU, GM, MCO, SSTK, XRX and, worst of all this morning, Wal-Mart (WMT) warned earnings would be 8-9% lower than expected, despite 7.5% higher (inflated) sales numbers.  Just like everyone else, WMT is having trouble passing along higher prices efficiently and, more importantly, keeping up with Consumer tastes – as inflation forces them to switch to lower-cost items – leaving WMT holding the bag on the inventory they already have in stock.

As you can see from the chart above, with 21% of the S&P 500 reporting, we’re overall running at 68% beats with 26% misses, the misses are a little hot (usually more in-line) but it’s hardly catastrophic.  We’re still in that area where the market does want to go higher but the talking heads in the MSM don’t want the retailers to buy anything until their Bankster buddies have loaded up the trucks with cheap stocks – so they are still trying to scare you out of everything – including the 2/3 of the companies that are beating expectations.

Earnings are NOT negative – yet the index is trading like they are.  As I’ve said all year it’s a stock-pickers market and that is our favorite kind at PSW because, when valuations matter – we know exactly what to buy!

KO just beat, GLW beat (but guided lower), ACI even beat.  What I am seeing is a complete lack of guide ups but, given the environment, CEOs would feel foolish being optimistic, wouldn’t they?  This is how all this negativity can feed on itself until it becomes self-fulfilling.

If we can weather the earnings storm of Big Tech in the Nasdaq, we’re going to be in pretty good shape as we’re right between the 50 and 200-week moving averages and the MACD is about to break up and give the index a nice push that should have us testing the 200 wma at around 14,000 by October.  That’s up 15% from where we are now! You can see how the rest don’t matter as we’re already at $9.7Tn (counting GOOG once) out of $17Tn so the other 90 stocks in the index are just rhinestones on a jacket – there to look pretty but no real function.  So do these 10 stocks have $2Tn to gain – it’s about 20% for them so we have to watch each report very closely.

TSLA already reported and they are up 10%, PEP already popped as well and COST is up 20% since their earnings.  GOOGL and MSFT report this evening with META tomorrow and AMZN and AAPL go on Thursday.  NVDA is a late reporter (Aug 24th) and AVGO will be early September but they are small so it doesn’t matter – we’ll know if the Nasdaq is on course or not by Thursday evening.

This morning, however, we are selling off and it’s more because of the strong (again) Dollar than the earnings reports. Despite the stronger Dollar, Oil is back to $98.20, Gasoline at $3.47 and Natural Gas is testing $9 – we’d be in real trouble if the Dollar was weaker and the Fed knows that so we’ll see what they decide tomorrow re. rate hikes.

Nouriel Roubini is warning us that “Shallow Recession Calls Are ‘Totally Delusional”and that’s worth a read and “Morgan Stanley Warns Stock Bulls Deluded by ‘Wishful Thinking”.  As noted by Bloomberg:

“The anecdotal section of the Dallas Fed Manufacturing Survey always makes for entertaining reading, as local business leaders anonymously sound off on the state of play. And if you look at the one from this month, it really captures the mood well. There’s a lot of anger and frustration, but at the same time, not a lot of concrete signs yet that things are dramatically slowing down.“

The “Recession”, so far, is more of a mood and FEAR than it is fact.  So far, in earnings season, we’re not seeing the FACTS that tell us there’s a recession and, if so, then a lot of very good stocks are very underpriced.

Also, when you hear a company like GM tell you they MADE a million cars but haven’t been able to sell them due to missing parts – that’s not the kind of thing you should be selling off the stock for if you are a long-term investor.  This is like cutting Mike Trout from the team because he caught the flu – it’s an overreaction – this too shall pass.

If Republicans are so Good at Law and Order, Why Are the Murder Rates Highest in Most of Their States – Blog for Arizona

Is the Age of Fusion Upon Us?

Good morning Phil, Looking at AB for an armchair trade, low on the scale positive cash flow and a yield of 8.7% any comments? TIA

Good Morning
yodi, AB issues a K-1 for the dividend

TGT is offering a great re-entry for anyone who missed it last time. It’s selling off (again) based on the warnings of others.

LOGI/Stock – I don’t like buybacks but they are so stupidly cheap I can get behind this one. Their whole cap is $9Bn so it’s about 15% of their float!

That’s another one to jump on before you miss it…

Thanks on AB Phil

Yep, as I thought:

Now CNBC is telling you to stay away from WMT suppliers!

If this were 1929 they’d be hanging themselves in the studio….

PARA/Stock – Get everyone out so their clients can get in.

TGT/Stock – Are they protecting or betting? $5.50 is a good price for selling those puts.

UL’s earnings call transcript is a good read, and provides a short summary of inflation responses in the rest of the world. TLDR – they beat, and are doing well.

Same crap though – the Present Situation is actually 141 but EXPECTATIONS are for 65 – people don’t even know what that number means but it’s where we go when our entire financial system collapses (see 2008).

Present (ACTUAL) Situation is as good as it’s been over the past 20 years – this is all about fear.

Meanwhile, home prices are calming down a little but, overall, up 20% since last year. 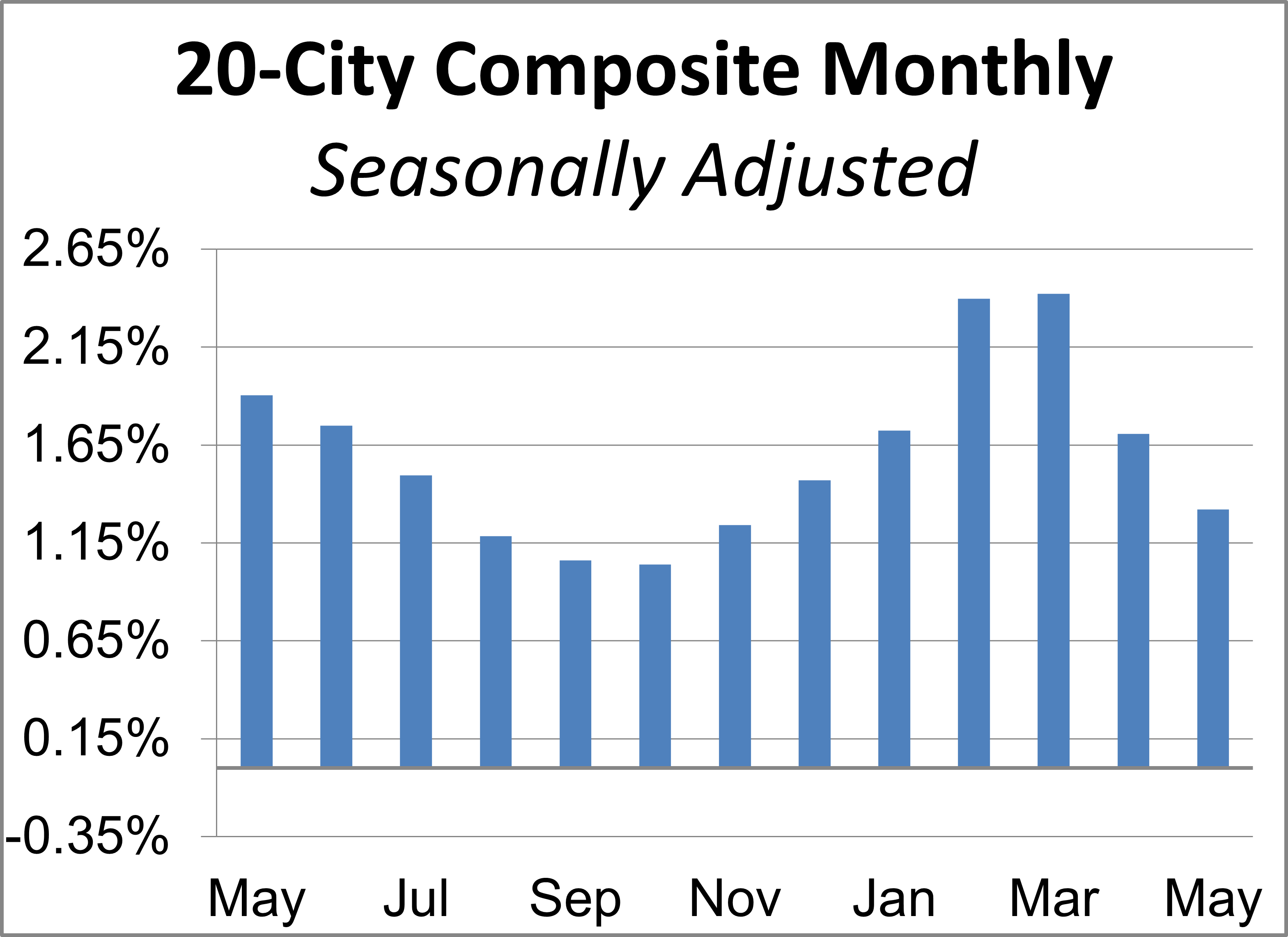 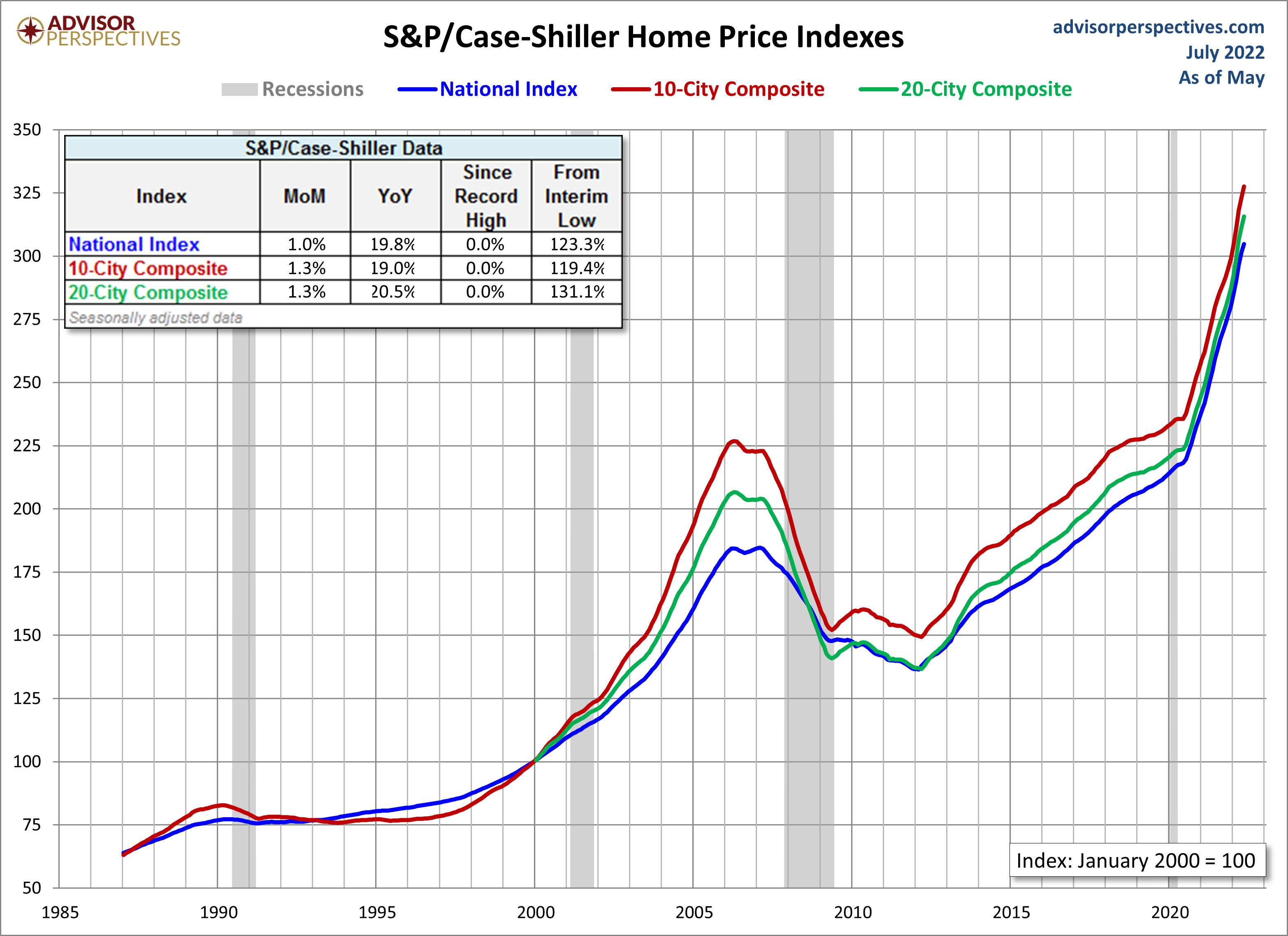 And, on top of that, rates have doubled.

hi phil, are you still liking silver over 18.50 and would you say nasdaq would be good futures long if it gets down to 12000.
thanks

Meanwhile, everywhere we went in Orlando (and in my town), there are help wanted signs in the windows.

Phil – could you provide some insight into what to look for while valuing utilities? Living in NJ, I am looking at PSEG at $61.

PSEG/RN – Generally utilities have to apply for a rate increase so they tend to lag when prices go up and that squeezes margins. As long as you can ride them out – they usually come out fine after a while. Of course rates going up are a double-whammy and PSEG owes $17.7Bn against a $30Bn market cap with $1.7Bn in earnings so let’s say 3% more interest is $500M and now we’re down to $1.2Bn in earnings, which is less than they made in 2017, when they were in the $40s.

No population growth – people moving out of the Northeast in fact and no immigration means every time a customer puts incentivized solar panels on a roof – they lose revenue. That’s going to chew and chew at them all decade.

Currently, about 1 out of 100 homes is switching to solar each year. Even at that rate, in 10 years PSEG will have 10% less customers – more like 20% probably. That’s going to be a problem and will stand in the way of growth.

So, overall, not the cheapest price, lots of debt and little room to expand with regulated caps on earnings which are under pressure from several angles. No thanks…

Oh, don’t forget an uptick in Natural Disasters due to warming (but less snow) and, of course, very, very old infrastructure that the Government doesn’t seem to be paying for.

LTP is chugging along:

STP still not bearish enough if those supports break:

Of course, $3.6M is miles over where we were last Q so the 0.6M is also our hedge – though it would suck to lose it. We used to say we’d pull the plug if we dropped below $2M and now we have enough buffer to call $3M our cash out line.

The 2% pullback in the Nas is very concerning but, if we can hold 12,000 we’re still in an uptrend on the bottom of the channel from mid-june: The other indexes are all in better shape than the Nas and tonight we have GOOG(L), BXP, CMG, MSFT, MDLZ, SKX, TXN, V and WH.

DIS. Interesting with NFL and streaming concerns. Unless DeSantis takes over Disney and claims it for the state I don’t see this going much lower.

DIS/Pman – Aug 10th earnings. They have shutdowns in China hurting theme park and movie revenues. Disney in Orlando was packed – 50% British people. Hard to get reservations in the restaurants too. Of course, they have cruise ships and I don’t know if that’s recovering either. Those can be massive losers if they aren’t filled up.

We are aggressive (no cover) in the Butterfly Portfolio on them with our 2024 $90 calls as I did think they’d come back but the Covid thing in China (again) has me worried and, if the rest of the Nas is weak – I’m certainly going to sell calls to protect ourselves before earnings – especially if we’re rejected at $100 for more than a strong retrace.

Phil – What do you think?
https://www.msn.com/en-us/money/news/fed-will-reverse-course-tomorrow-and-halt-future-rate-hikes-analyst-predicts/ar-AA100dy6?ocid=DELLDHP17