This was our worst case.

Covid getting worse again is the worst thing that can happen to the Global Economy – worse than Russia allowing that nuclear plant in Ukraine to melt down.  But, is it getting “worse” or has China simply committed a colossal policy mistake?

China is the last country on Earth still pursuing a “Zero Covid” policy and clearly it’s not working – especially because they are surrounded by the rest of the World.  21M people live in Chengdu and they may no longer leave their homes without special permission.  Why is this happening?  Because 157 people caught Covid on Wednesday (vs 90,338 in the US).

While a lockdown may be rough on President Xi, it’s better than having people think his Covid policy is failing only a month before he is expected to be handed an unprecedented 3rd 5-year term on October 16th.

In Hong Kong (population 7.5M), they have 10,000 cases of Covid per day, which is a pace for 3.65M cases in a year – half the city’s population.  That is something the rest of China views as a cautionary tale about what happens when you ease restrictions. China’s economy is suffering, of course and it’s probably not realistic to pursue Zero Covid but Xi can’t admit he was wrong – certainly not before his re-appointment.  So China will continue to suffer one way or the other and so will the rest of the World as they slow down – oil collapsed down to $87.12 overnight and let’s not forget that, when Covid first hit – the price of oil went briefly NEGATIVE (April 20, 2020) as traders were stuck with barrels that nobody wanted in the Global Lockdown.

China just threw the “Off Switch” on 1Mb/d of demand and they have plenty of other mega-cities they can shut down if Covid keeps spreading – again.  Then that becomes yet another indicator that we’re likely to enter a Global Recession and this is all happening just a week after Powell and other Fed Heads said they don’t care if people are going to suffer from their tightening policies – they are still going to keep doing it!

All this, of course, is panicking people back into the Dollar, which is back over 109 so, on the whole, the markets are holding up pretty well at the moment as we wait on the revised Q2 Productivity Report (8:30), followed by PMI (9:45) and then ISM & Construction Spending (10).  So it’s going to be a busy morning.

People who are struggling to make ends meet and juggling credit cards and checkbooks are yes, less productive and they are not as focused on their jobs – especially when they have to go right to a second job because the first job doesn’t pay them enough money.  We were discussing this in yesterday’s Webinar. 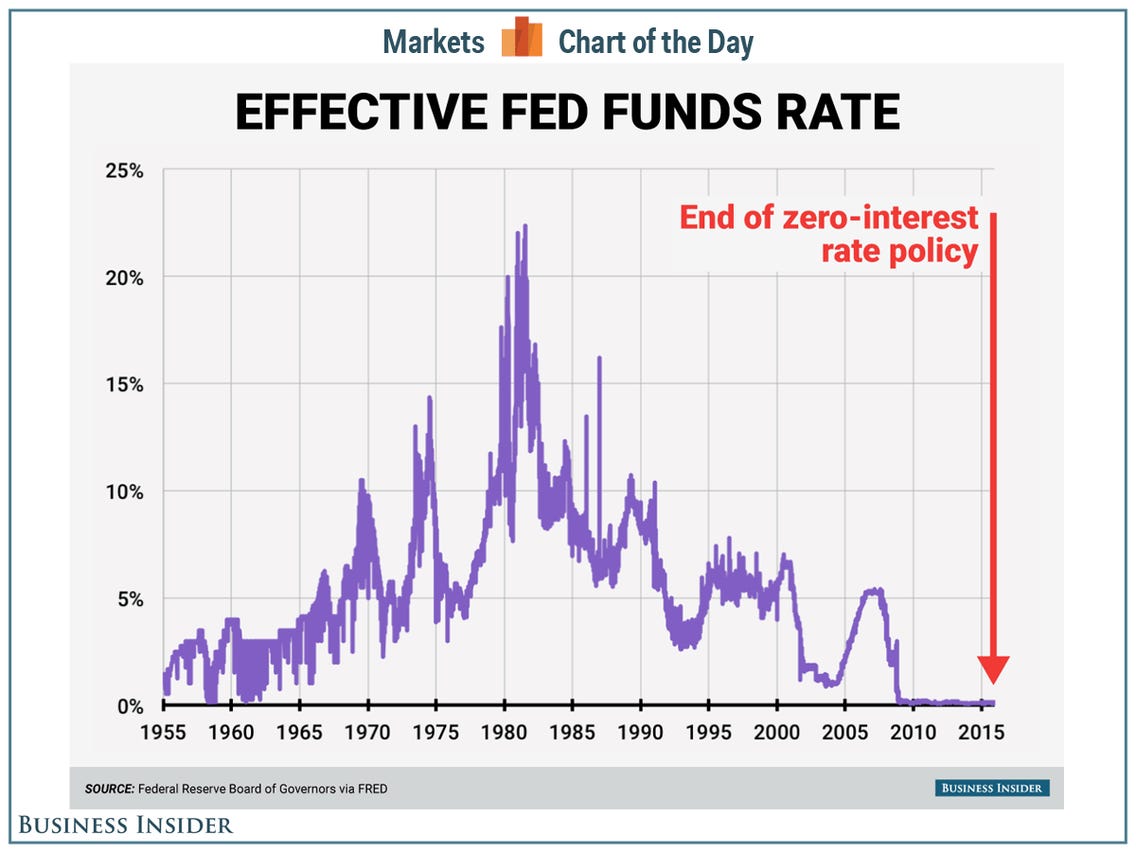 This is what we have forgotten after 15 years of 0% interest from the Fed – THIS IS NOT NORMAL!  5% is “normal“, not 2.2% we have now.  The Fed is 3% away from normal and they are NOT going to go back to zero once they are done.  The sooner markets accept this and price it in, the better.

If Republicans are so Good at Law and Order, Why Are the Murder Rates Highest in Most of Their States – Blog for Arizona

Is the Age of Fusion Upon Us?

Still declining but not too terrible.

/NG/Pman – Unplayable but fun to watch. was it constuction ism data at 10 that cause big spike in dollar or something else?

Construction Spending was down 0.4% vs flat expected by Economorons. Still, it’s improving from -0.5% in July

None of those things are really hugely impactful to the Dollar. I think that’s more the collapsing Yen and ECB has just been jawboning to keep the Euro over $1 – no actual policy to back it up so far so the Dollar will keep trending up until they actually raise rates with an intent to catch up. Oh, and the Yen is a disaster too and they have no intention of catching up.

“Even after hitting fresh records, USD strength has scope to extend somewhat further, boosted by the global slowdown and the European energy crunch in particular,” said analysts at Generali Insurance Asset Management.
Manufacturing activity across the euro zone shrank for a second month in August, according to a survey, mirroring a slump in factory activity around the world, and while European energy costs have softened slightly this week, they remain at highly elevated levels.
The Japanese yen, earlier in the day, slid to as low as 139.69 yen per dollar, its softest since 1998, before paring its losses. The dollar was last up 0.24% higher at 139.3 yen.
“The main driver remains rate differentials between Japan and the U.S., and even today’s price action just follows the overnight move higher in U.S. rates. We think the path ahead is going to depend on how U.S. rates behave,” said Sosuke Nakamura, a strategist at JPMorgan in Tokyo.

Expectations for a 75-basis-point U.S. rate hike at next month’s Federal Reserve meeting are rising on the back of solid economic data, with Fed funds futures last pointing to around a 75% chance of such an increase.

Phil / AVGO – Earnings today – I’m thinking they may be solid given AAPL Last Quarter and the early launch of the new phone. They may have exposure going forward on Data SW services should also be solid…. Thoughts?

Broadcom (NASDAQ:AVGO) is scheduled to announce FQ3 earnings results on Thursday, September 1st, after market close.
The chip maker topped FQ2 estimates, with revenues rising 22.5% Y/Y to $8.1B. It guided to Q3 revenue of approximately $8.4B and adjusted EBITDA of approximately 63.5% of projected revenue.
The consensus EPS Estimate is $9.55 (+37.2% Y/Y) and the consensus Revenue Estimate is $8.41B (+24.0% Y/Y).
Investors will be tuning into updates on Broadcom’s acquisition of VMware (VMW) for about $61B in cash and stock, announced in May. VMware is slated to report Q2 results on the same day, and investment firm Monness, Crespi, Hardt expects investors will be parsing through VMware’s results for signs of slowdown in growth as well.

Nasdaq/Batman – Well you can’t stop people from panicking but we ran the number on the components and 12,000 should hold up unless the macros get worse. Fed tightening and Recession fears (and the war and the virus and the supply chain and the inflation and the unfilled jobs) are how we got to 11,000 in June. Crying “wolf” again but louder is not likely to be enough to have us revisit that line.

Again, it’s not about the chart, it’s about the value. AAPL made $19Bn last Q and this is not even their big one! Probably about $100Bn for the year. I wouldn’t pay $3Tn but $2.5Tn (25x) when 5 years ago it was $50Bn seems like a fair price for a 5-year horizon as $200Bn in profits would bring them below 15x at even $3Tn and the prior 5 years didn’t have inflation and AAPL has pricing power – that’s been proven over and over and over. I could see all the comments though I was not not logged in. But, I couldn’t post comments. When I tried to log in, it kept waiting and couldn’t log in. I clicked around and suddenly I am in.

As to the site issues, once we get billing working properly – it’s on to permissions. Though they are connected – I’m sure.

I will be damned proud of myself if $25 on the button is the top price for those SQQQ $30s!

OK, so we talked about LEVI yesterday and we still have the whole list to go through.

WSM took a hit but not enough to act on.

F I would like to see come back down more before calling a new trade.

SONY – We have a lot of PARA so I don’t see the need for Sony.

DIS – More covid shut-downs? No thanks.

I have them at 8.5B rev and eps of 9.7. Next quarter may be mixed with Mobile strong due to early release of iPhone and Server maybe weaker…

Was looking for your view ( this AM) going into earn gins….

I actually closed out my Sept Short callers and am hoping for a pop to re cover my longs…. they were 90% in the money so decision was kind of made for me

Does anyone know why the Russell is down 2.4% and much more than other indeces?

What a nice bounce. Still red but beats the alternative.

AVGO/Batman – You say a lot of stuff that goes in the spam filter! I think it’s too many links. AVGO is getting stupidly cheap at $200Bn so nothing wrong with selling a few puts here and there.

V/Batman – A little concerned about consumer spending and defaults starting to pile up. They have hit $185 5 times in the past year so nothing exciting about $199.

See, this is why we hedge – so we can NOT panic and let these sell-offs run their course.

Finally, I understand the mechanics of Hedging. I didn’t do them in Nov 2021. The current hedging has helped. Thanks.

Hey Phil and Andy – I am trying to get an paid invoice for the last charge early Aug. Please email it to me.

We don’t really have invoices but we’ll see if we can make something up.

I have the following that I’m contemplating uncovering But am struggling since there are no ’25 out yet….  Was looking at closing out 20 to 30  of the 660 callers and waiting for a pop to recover with more 640 at 35 ish….   Any other thoughts on this one…..??