We KNEW the market was going to fall – we did not KNOW it would bounce back, so CASH!!! was a safer way to go into the turmoil ahead.  Now we have plenty of money sitting on the sidelines to make our adjustments so let’s consider each position and then we will discuss our finalists for the 2023 Trade of the Year, which is very tricky as we’re contemplating a Recession – so we’re looking for stocks that can weather the storm:

Our 5 remaining positions have $192,296 of upside potential, still with most of our cash at the sidelines and now we can take a close look at our finalists for the 2023 Trade of the Year – I’m sure more than one can be added to the Money Talk Portfolio.

These are notes from our Live Member Chat Room, where we discussed about 60 finalists for Stock of the Year and we whittled them down to these final few.  We were looking for stocks with low debt, high p/e, high Earnings/Employee ratios (who would be less affected by wage increases).  Not too many supply chain concerns, not too much overseas business (where the strong Dollar is a disadvantage):

So I look a trade like that and I can’t think of too many ways it can go wrong. A deep recession, perhaps but will it last a year without stimulus? Maybe with a Republican Congress – even though they approved stimulus bills for Trump every other month. GOOGL did great during Covid so that’s not a worry and the war hasn’t hurt them and inflation hasn’t bothered them… Looking good!

And what happened to SPG? I thought that was in?

Ah, they got cut because I killed the short puts in the LTP but I do love them so let’s review:

Yeah, so it was the huge move from $90 to $120 that killed them in the end but it could be saved by huge premiums:

So those are our finalists and we’ll pick an official winner tomorrow morning but, out of hundreds of stocks that have run the gauntlet to get to this point – all of them make fine additions to long-term investment portfolios.

Indexes flattish but oil back to $79 on new round of rumors that OPEC will cut production. /RB not responding so you know it’s BS. Consumer Confidence came in at 100.2, down from 102.2 but still better than expected.

“Inflation expectations increased to their highest level since July, with both gas and food prices as the main culprits,” said Lynn Franco, senior director of Economic Indicators at The Conference Board. “Intentions to purchase homes, automobiles, and big-ticket appliances all cooled. The combination of inflation and interest rate hikes will continue to pose challenges to confidence and economic growth into early 2023. 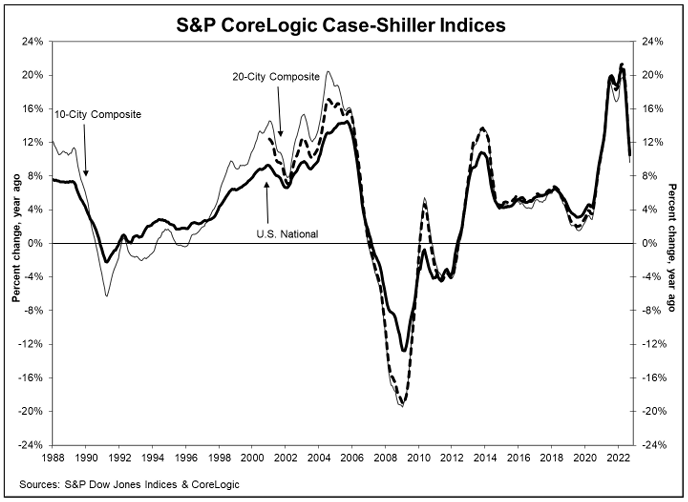 All red now, bad term for the NASDAQ.

Oil calming down a bit.

That 2nd YETI spread looks like a winner. SPG will be added to the MTP as well but just short calls.

GOOGL and ET are my next favorites but all the rest are subject to selling off in a recession and, if we assume that comes between Q1 and Q2, then they’ll likely sell off with the market and may not recover by the end of the year.

YETI, however, is not heavily indexed – so it is free to move on its own and they should have good growth that overcomes and overall poor environment. Also, the relatively low cost makes them easier to fix if we have to.

These are all great stocks and we’ll find good homes for all of them Thursday, when I’m back at the command center.

As we expected yesterday – lots of bad data and Powell tomorrow – we’ll see how it goes.

Phil / Top Trade – For what it’s work I think GOOGL. makes the most sense – from a business standpoint, value and recession risk. It also has more float from an option standpoint which would help your customers get into the position….