Finally we get to see what’s what in Corporate America though, unfortunately, we’re off to a pretty bad start with the early reporters with 39 (52%) out of 74 reporting companies trading down for the week.  Incongruously, the market burst higher on Friday in anticipation of the Fed saying they are done raising rates at the next meeting (a week from Wednesday). 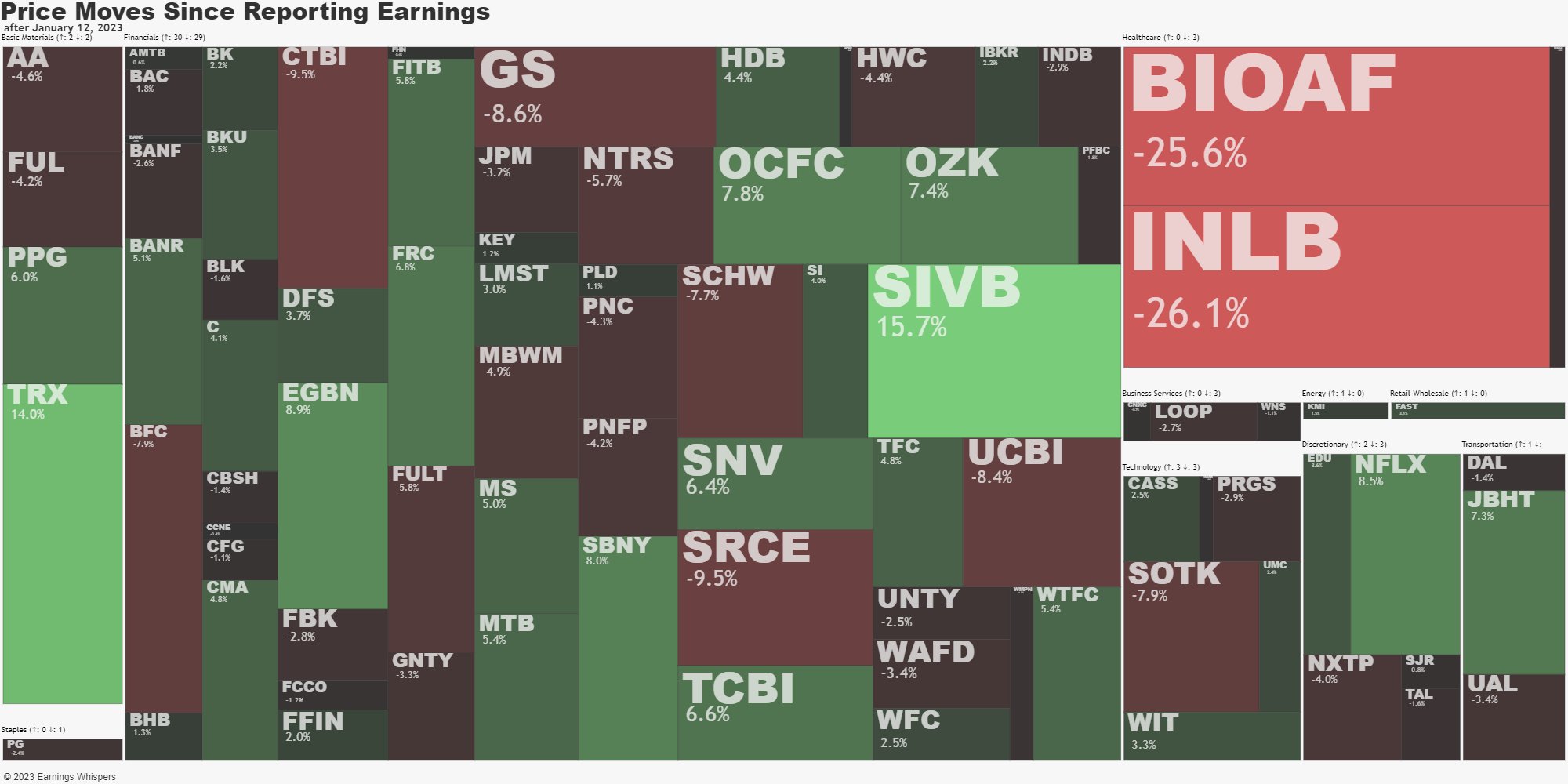 But are they done?  There’s still plenty of inflation and, more importantly, the Government is still running a $1.4Tn deficit so it has to borrow over $100Bn a month to keep the lights on – in addition to rolling over $1.5 TRILLION per month of the old debt as it comes due (because we don’t have the money to actually pay it back). In order to keep this charade going, the Fed can’t allow bonds to be unattractive compared to stocks and, with the Fed getting out of the TBill-buying game (they have been buying most of them for past decade), they need to raise the rates in order to entice outside buyers

Do you know who else has debt they can’t possibly pay back so they just have to roll it over at much higher rates?  Companies!  That’s right, our beloved Corporate Masters have gone over $24Tn into debt in 2022 and that’s essentially out entire GDP.  No nation on Earth comes anywhere close to this and it’s hard to imagine how they are ever going to get out of this either. Let’s not forget that they used a large portion of this debt to buy back their own stocks – so their earnings per share would look better as they divided it by fewer shares.  Very few companies are making more actual money than they were in 2018.  Corporate buybacks in 2022 alone were close to $1Tn on the S&P 500, roughly 3% of it’s $32Tn total market cap! See that dip in late 2020?  That’s because companies accepting Covid bailouts were FORBIDDEN to buy back their own stocks.  Many companies turned down the money on that basis and the ones that did pause, came back with a vengeance once the restrictions were lifted.

And look how all that buying drove the S&P 500 to new highs.  Of course that means that, between Aug 2021 and March of 2022, companies spent about $700Bn paying ridiculously inflated prices and a rational person would say it’s loss when their stock prices subsequently drop 20% from the top – but not Corporate Accounts…

The Fed will be quiet this week ahead of next Wednesday’s meeting and this morning we have Leading Economic Indicators at 10 (it’s wrong on the calendar) with PMI and the Richmond Fed tomorrow, Investor Confidence and Business Uncertainty on Wednesday, Durable Goods, GDP, Retail Inventories, New Home Sales and the Chicago and KC Fed on a busy Thursday (7-year note auction too!) and in Friday, we have Personal Income, Consumer Sentiment and Pending Home Sales – plenty to chew on. We’ve been “Cashy and Cautious” since Thanksgiving, and that’s been kind of dull but now we get a chance to see what’s actually happening in US companies.   Hopefully that picture gets a little brighter, as we’re off to a poor start so far.

How 3M Shrank the Problem of Bulky VR Headsets

Leading Economic Indicators down 1% vs -0.5% expected. Last month was -1.1% so not getting better.

Not stopping the markets from being happy (things are so bad, the Fed’s gotta stop tighening), S&P back over 4,000. Nothing counts on Monday – just the normal crazy.

That means we’re kind of even when the market is going up (which was not our expectations) and wildly profitable when it goes down. We certainly need to add longs if the market looks like it’s going higher but we’re not suffering for their lack, at least.

When we get a sign that a sector is performing better than expected – we can check the list for others in that sector.

BAC’s Survey of Biggest Risks to the Economy; 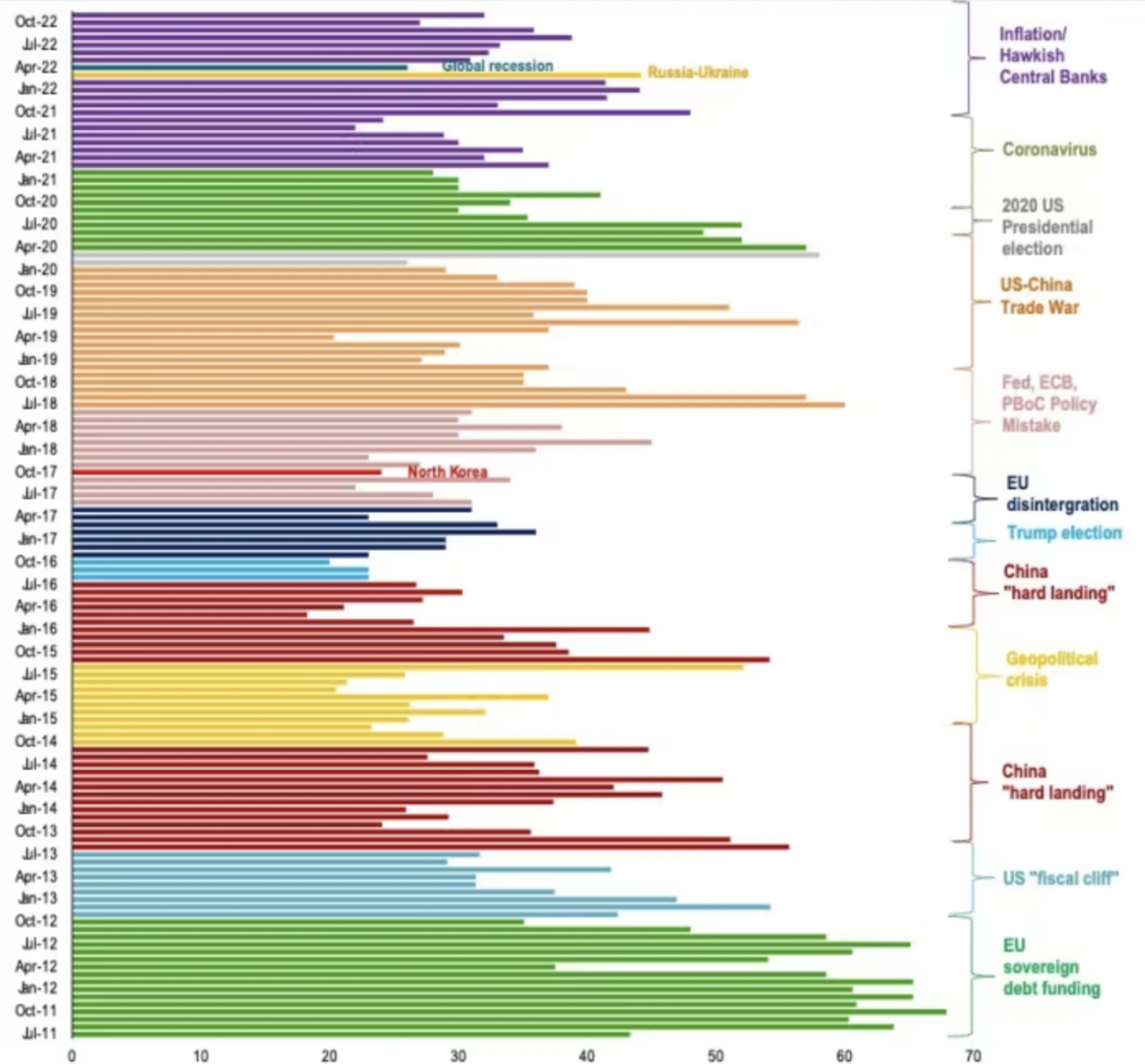 But this isn’t just about the usual medley of doom-mongers. Everyone seems convinced that we live in uniquely turbulent times. Bank of America’s monthly survey of investors’ biggest tail risk offers a great list over the various stuff that has freaked us out over the past decade.

Right now we are probably staring at an economic downturn. But given the financial health of households there’s no reason why it couldn’t be a mild one. Inflation will calm down, central banks will reverse course and a new economic expansion and bull market will start. Things will probably be . . . fine?

• Fed to deliver two 25-basis-point hikes in Q1, followed by long pause: The U.S. Federal Reserve will end its tightening cycle after a 25-basis-point hike at each of its next two policy meetings and then likely hold interest rates steady for at least the rest of the year, according to most economists in a Reuters poll. (Reuters)

• The Ultimate Contrarian Indicator to Start the Year: Amid the improved mood in Davos are two big worries, either of which could see the bear market reassert itself. (Wall Street Journal) see also Wonking Out: Give Me That Gold Time Religion: Gold, the pet rock of ages, is back. (New York Times)

• As its only remaining elected officials depart, Haiti reaches a breaking point. Haiti, a country long beset by catastrophe and political turmoil, is facing perhaps its steepest challenge in recent decades as its piecemeal government, now lacking any democratically elected officials, struggles to chart a path forward amid gang violence and a cholera outbreak. (NPR)

• Judge Orders Trump and Lawyer to Pay Nearly $1 Million for Bogus Suit: In a scathing ruling, the judge said the suit against Hillary Clinton and dozens of the former president’s perceived political enemies was “brought in bad faith for an improper purpose.” (New York Times)

• Fort Walgreens The recent spike in shoplifting is both overblown and real. And almost everyone is profiting from it (including you). Even if you’ve never purchased steeply discounted perfume from a guy on the street who claims he knows Madame Sephora, you have almost definitely trafficked in stolen goods. If you’re a New Yorker, you might have bought a cup of coffee from a midtown cart that brews exclusively stolen beans or have eaten an Italian sub from a bodega that uses pilfered salami. If you shop online, the likelihood that you’ve purchased stolen merchandise is even higher. Amazon, eBay, Craigslist, Facebook Marketplace, and others have made it easier than ever to anonymously set up shops like Rubinov’s Treasure-Deals-USA. Fences have never had it so good. (Curbed)

• SBF, Bored Ape Yacht Club, and the Spectacular Hangover: After the Art World’s NFT Gold Rush Auction houses and talent agencies thought the Web3 works were a fast track to billions. If it weren’t for a global crypto meltdown, they might have pulled it off. (Vanity Fair) 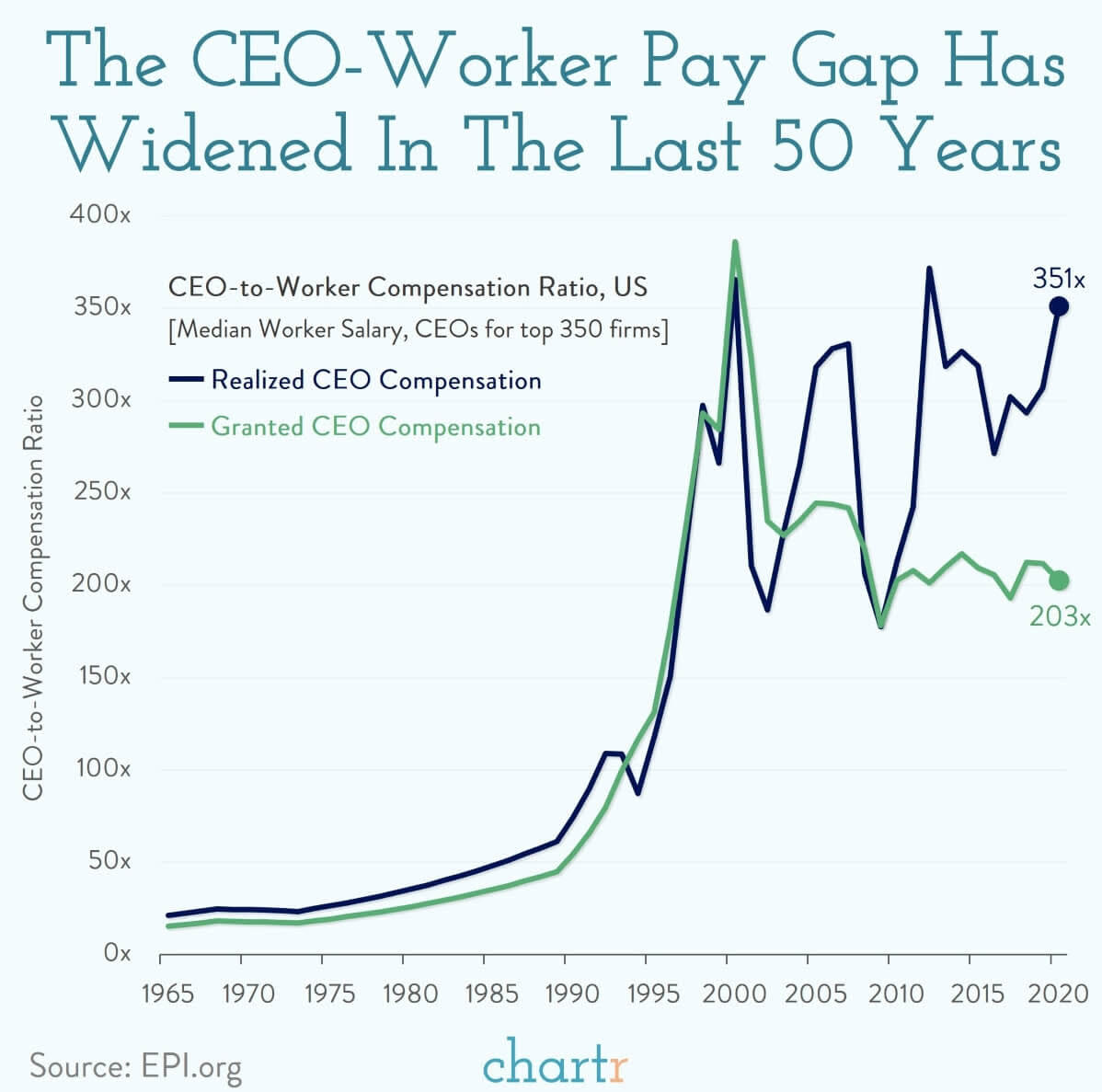 “BEIJING, Jan 21 (Reuters) – The possibility of a big COVID-19 rebound in China over the next two or three months is remote as 80% of people have been infected, a prominent government scientist said on Saturday.“

Hundreds of millions of Chinese are travelling across the country for holiday reunions that had been suspended under recently eased COVID curbs, raising fears of fresh outbreaks in rural areas less equipped to manage large outbreaks.

Nearly 60,000 people with COVID had died in hospital as of Jan. 12, roughly a month after China abruptly dismantled its zero-COVID policy, according to government data.

But some experts said that figure probably vastly undercounts the full impact, as it excludes those who die at home, and because many doctors have said they are discouraged from citing COVID as a cause of death. 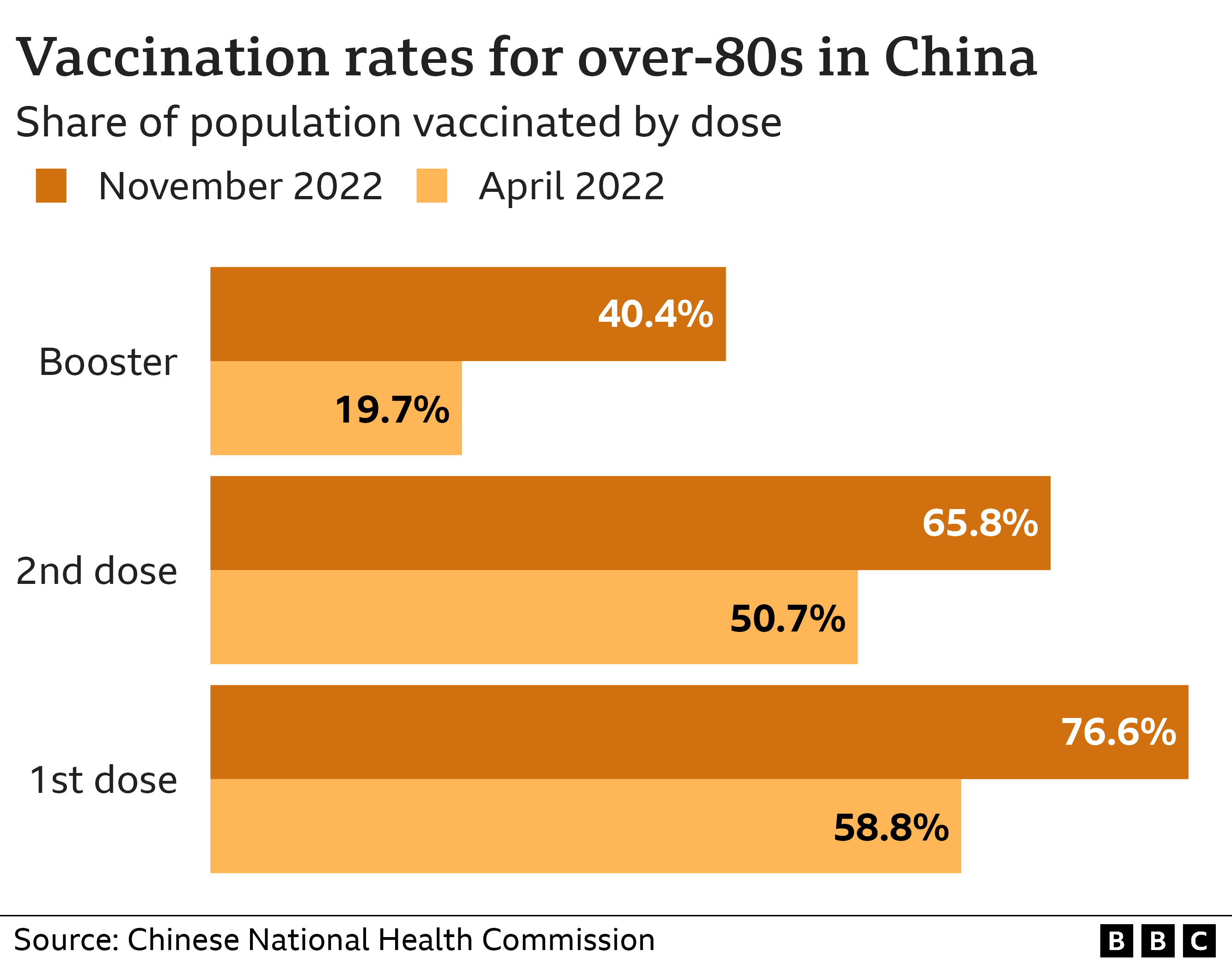 At some point, 2026s will come out and maybe you can be fancier but this is why we very rarely sell too many convers on the LEAPS – especially on small, undervalued stocks like this!

I am looking for the monthly LTP review. I found all the others- but not the LTP. Could you, please, direct me to it? (I hope it is not on the webinar!)

The stock was all over the place at the time and the pricing came in better than expected.

I have the following

I do think the rally won’t last long. What should I do?

As long as your longs will make $377,000 in a flat or up market over the next two years, the insurance is free.

I don’t know why you bought back the short $90s – it’s very doubtful we ever get there. Money would have been better spent rolling the $40s to the $30s (about $20.25 so net about $2.25), which would then position you to make money selling shorter term calls.

Your comment tells me I still don’t get how to make hedging effective and the adjustments I could make as the market goes up and down. In spite of that, so far, the hedge is working. I continue to learn the techniques. Thanks.

PMI is not likely to be good tomorrow with those TERRIBLE NY and Philly Fed Reports. Richmond Fed tomorrow too and a 2-year note auction.