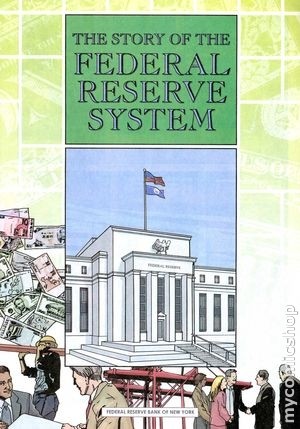 The White House opposes three important financial reforms that have drawn bi-partisan support in the Senate. It should reverse course.

1. Require the Fed to disclose the entities it lends to. There’s no reason the public should be kept in the dark about who benefits when the Fed departs from its traditional interest-setting role and chooses to provide credit (or in Fed parlance, “open its discount window”) to particular companies or entities. To the contrary, a well-functioning capital market and a well-functioning democracy depend on full disclosure about who the Fed picks for such special treatment and why.

Senator Bernard Sanders, Independent of Vermont, pushed an amendment requiring that the Fed be subject to a public audit that reveals which specific companies and entities the Fed is supporting with extra loans. The measure drew support on both sides of the aisle, including conservative Republicans like David Vitter of Louisiana. But Sanders’s amendment met stiff opposition from the White House and the Fed. Both argued that it would undermine the Fed’s independence. That’s a red herring.  Fed’s independence is important when it comes to basic decisions about monetary policy and short-term interest rates, but not about which companies and entities get special treatment.

Bowing to the pressure, Sanders has agreed to alter his proposal. He says his new amendment would still force the Fed to disclose many of its steps to bail out banks. But what why shouldn’t all of the Fed’s special machinations be disclosed? And why limit disclosure only to the banks that the Fed supports and not other firms or entities? Sanders shouldn’t retreat on this.

2. Require big banks to spin off their derivative businesses. Derivatives got us into the mess and Wall Street’s biggest banks are still wielding them like giant poker games. That’s because they’re enormously lucrative for the banks. But they’re also dangerous to the economy because bad bets can lead to meltdowns, especially if they’re backed only by flimsy promises to pay up rather than real capital. The credit default swap business continues to be out of control. To this date, no one knows how big it is, where it is, and who has promised what.

Senator Blanche Lincoln, Democrat of Arkansas, has pushed an amendment that would force big banks to spin off most of their derivative businesses — bringing derivatives into the open and insulating them from the kind of proprietary trading that can cause so much havoc. But the Administration thinks Lincoln is going too far and has instructed its allies in the Senate not to go along. Lincoln should stick to her guns.

3. Cap the size of the biggest banks. You don’t have to be a rocket scientist to understand that the best way to reduce financial risks that could (and almost did in the fall of 2008) bring down the entire economy is to spread risk-taking over thousands of small banks rather than centralize it in four or five giant ones. The giants already account for a large percentage of the entire GDP. Because traders and investors know they’re too big to fail, these banks have a huge competitive advantage over smaller banks. This advantage will make them even bigger in coming years, and make the economy even more vulnerable to them.

That’s why Senators Sherrod Brown of Ohio and Ted Kaufman of Delaware have proposed breaking up the nation’s biggest banks by imposing caps on the deposits they can hold and put limits on their liabilities. The proposal has drawn support from Republican Senators Tom Coburn (Okla.), John Ensign (Nev.) and Richard Shelby (Ala.).

But the White House has let Senate Dems know it’s against the proposal, and the Senate this past week voted it down, 33-61. Twenty-seven Democrats opposed this common-sense measure. Brown and Kaufman should do everything they can to make sure the public understands what they’re trying to do, and reintroduce their amendment.

The White House dismisses all three of these three measures “populist,” as if that adjective is the equivalent of “irresponsible.” But in fact, these amendments are necessary in order to restore trust in our financial system. They would reduce Wall Street’s tendency to take huge risks, pocket the wins, and fob off the losses on the public.

Wall Street’s lobbyists have been fighting these amendments tooth and nail. The Street is willing to accept the Dodd bill that emerged from the Banking Committee, but no more. Goldman Sachs CEO Lloyd Blankfein told Congress last week he is “generally supportive” of the Dodd bill — which should be evidence enough of how weak it really is. The bi-partisan amendments just introduced would give it the backbone it needs. The White House should reverse course and support them. Senate Dems (and Republicans) who want to be remembered for reining in rather than pandering to Wall Street should, too.

Aftershock: The Next Economy and America’s Future

and The Future of Success: Working and Living in the New Economy

and Locked in the Cabinet