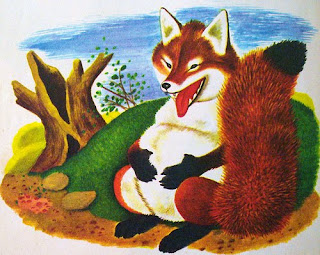 It’s hard to know exactly the precise words to describe the arrogance and unmitigated effrontery of Charles Munger, the billionaire vice chairman of Berkshire Hathaway, who today rattled off an insane barrage of insensitive comments regarding the bailouts.

Charles Munger, the billionaire vice chairman of Berkshire Hathaway Inc., defended the U.S. financial-company rescues of 2008 and told students that people in economic distress should “suck it in and cope.”

“You should thank God” for bank bailouts, Munger said in a discussion at the University of Michigan on Sept. 14, according to a video posted on the Internet. “Now, if you talk about bailouts for everybody else, there comes a place where if you just start bailing out all the individuals instead of telling them to adapt, the culture dies.”

“Hit the economy with enough misery and enough disruption, destroy the currency, and God knows what happens,” Munger said. “So I think when you have troubles like that you shouldn’t be bitching about a little bailout. You should have been thinking it should have been bigger.”

Germany was unable to stabilize its financial system in the 1920s, and, Munger said, “We ended up with Adolf Hitler.”

If that kind of arrogant insensitivity does not make you nauseous, what will?

It’s hard to know where to start, but let’s start with a blatant lie. This was no "little bailout", this was a multitrillion bailout, not just from the Fed and Congress but from every central bank in the world.

One of the beneficiaries of course was billionaire Charles Munger. Middle class America was the loser.

The biggest display of ignorance in Munger’s rant is his comparison of the current financial mess to Weimar Germany. Forgive me for asking but pray tell in what kind of fairytale fantasyland is the current deflationary credit bust remotely related to the war reparations imposed on Germany after the end of World War I that gave rise to Hitler?

Need for a Culture Change

The ridiculous Weimar comparison was not the Munger’s most galling statement, however.

This is: “Now, if you talk about bailouts for everybody else, there comes a place where if you just start bailing out all the individuals instead of telling them to adapt, the culture dies.”

The one thing we desperately need is a culture change. Instead, we made too big to fail, too bigger to fail. We preserved a culture that benefits billionaires like Munger and greedy CEO’s that helped cause this mess. That culture benefits no one else.

Yet Munger wants us to “suck it in and cope” and expect to be happy that he did not get wiped out.

You know what? It would have been a damn good thing if the culture died and assholes like Munger got wiped out. Munger just proved beyond a shadow of a doubt Wall Street’s culture was not worth saving.