Can the Biotech Run Continue?

The stock market is in full swing, and the members of PSW have hit a couple of good ones out of the park with a little luck and lots of patience.  My first writeup of 2011 recommended OPXA, and the NEXT DAY it zoomed up to 2.75 (high). 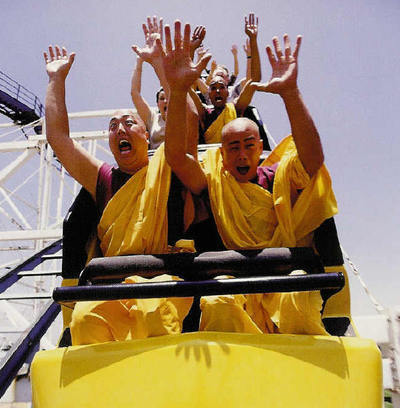 The stock has since puled back to the 2.30 range, but from our initial entry of 1.60 or better, the 70c gain is a good way to start.  Several other plays have come in nicely, with CRIS ascending into the range I thought they would hit ($3), the stock just needed time.  We have sold 1/2 of our CRIS position, making the rest a free ride (in at $1.44 average). TSRX has come in nicely for a $1 gain, and GXDX is getting some love.  Time will tell.

On Friday, 7-Jan-11, I bought CERS and ARRY (re-entry), and these were done in member chat, so if the biotech/pharma field is one you find interesting, then join PSW here, and get ready for some wild, but lucrative rides.

First, I thought that PSW members (and other readeres alike) would like to follow my picks on a spreadsheet.  I have one (below) and will update it here, so bookmark for future reference. I will do my best to keep it up to date and will most likely post updates at weeks end…so join in chat!!!

I have a few new picks that look interesting so off for the second write up of 2011.

Nexavar is co-marketed/developed with Bayer, and it's sales have been grown to ~$225M in 3Q10.  Now, here is where things get interesting.  As part of a broad clinical development program, Nexavar is also being evaluated in multiple Phase 3 and Phase 2 trials as a single agent or combination treatment in a wide range of cancers, including lung cancer, thyroid cancer, breast cancer, colorectal cancer, ovarian cancer, and as an adjuvant therapy for liver cancer and kidney cancer (see Figure 2 below).  If any hit, Nexavar will start a Gleevec-type revolution in the cancer space.

Beyond their flagship Nexavar, ONXX has a proteasome inhibition development program. The proteasome has been validated as an important clinical target in cancer (Velcade), and the Company is developing next-generation proteasome inhibitors with a high degree of selectivity, with the goal of increasing therapeutic efficacy and reducing side effects.  Proteasomes are very large protein complexes inside all cells and are located in the nucleus and the cytoplasm.  The main function of the proteasome is to degrade unneeded or damaged proteins by proteolysis, a chemical reaction that breaks peptide bonds.  Enzymes that carry out such reactions are called proteases. Proteasomes are part of a major mechanism by which cells regulate the concentration of particular proteins and degrade misfolded proteins. The degradation process yields peptides of about seven to eight amino acids long, which can then be further degraded into amino acids and used in synthesizing new proteins.  Proteasome inhibitors have effective anti-tumor activity in cell culture, inducing apoptosis (cell death) by disrupting the regulated degradation of pro-growth cell cycle proteins.  Velcade (bortezomib) is one such marketed molecule developed by Millennium Pharmaceuticals  (now Takeda) for multiple myeloma.

The lead product candidate in this program is carfilzomib, a selective compound that is currently in multiple clinical trials to evaluate its safety and efficacy for the treatment of patients with multiple myeloma and solid tumors. Among these studies, Onyx has initiated a Phase 3 study, known as the ASPIRE trial, evaluating carfilzomib in combination with lenalidomide and low-dose dexamethasone for patients with relapsed multiple myeloma.  As well, enrollment has been completed in a Phase 2b monotherapy trial, known as the 003-A1 trial, evaluating carfilzomib in patients with relapsed and refractory multiple myeloma, the pivotal trial that could support a new drug application (NDA) filing as early as mid-2011.  Full data will be announced by year-end 2010.  Preliminary data  suggest (along with two other drugs) to treat the blood cancer multiple myeloma may be effective as a front-line therapy for newly diagnosed patients, according to a study led by the University of Michigan Comprehensive Cancer Center.

"This combination treatment appears to deliver everything we expected and more. We have seen no neurotoxicity and fantastic efficacy, the best reported to date," says study author Andrzej Jakubowiak, M.D., Ph.D., director of the multiple myeloma program at the University of Michigan Comprehensive Cancer Center.

Onyx has also established a development pipeline of anticancer compounds at various stages of clinical testing (of which we don't worry about until Phase II). But for our knowledge, Onyx is developing ONX 0801, an alpha-folate receptor targeted inhibitor of thymidylate synthase (TS) that recently entered into Phase 1 testing. Onyx also has options to license the rights to two Janus Kinase (JAK) inhibitors: ONX 0803, in Phase 1 studies to treat primary myelofibrosis and lymphoid malignancies, and ONX 0805, currently in preclinical development. PD 0332991, an oral, small molecule cyclin-dependent kinase 4/6 (CDK4/6) inhibitor, now in Phase 2 clinical development, resulted from a collaboration with Warner-Lambert Company, now Pfizer. Pfizer is responsible for all product development activities and costs. In exchange, Onyx will receive milestone payments and a single-digit royalty on any worldwide sales of the product.  We will be evaluating the initial entry in chat….so join us here! IPXL is a generic drug maker has arguably the best manufacturing technology for controlled released drugs in the entire generic industry. As we well know from my write up on Pfizer last year, their Lipitor patent expires this year (cough cough – $11B in sales). Drugs are protected by patents, both on the drug itself as well as the synthetic routes to manufacture the compounds, and IPXL has figured out how to make this $11 billion drug.  IPXL cannot move this drug alone, so similar to MRK and Dr. Reddy, IPXL is expected it to market the drug through a partner (either late 2011 or mid-2012 due to FDA regulations). In addition, two other major product introductions are anticipated this year, generic Concerta (aka Ritalin) and Solodyn (broad spectrum tetracycline antibiotic).  These two drugs have combined sales of $1.8 billion (with Teva).  UPDATE January 19 – News sources have updated the Lipitor information, and IPXL is NOT the maker of generic Lipitor…..

Why IPXL?  Geneneric drugs are going to make up a large percent of future pharma sales, and if a company can find a way to make an good drug, with poor pharmacokinetics better, then that is a strategic advantage.  Notice how there are many old drugs with new CR behind their name?  Well, that is a line extension, which protects from sales erosion to some extent.  Being in bed with PFE (Lipitor) and Teva makes for interesting company….and I smell acquisition.  That is the risk here.  Sales are growing at over 300%, and their margins (> 25%) are some of the highest in the business.  In chat is where the action will be, so join for the fun here!

Thanks for your post. Are you not concerned about rapidly dropping sales/earnings of IPXL (and them missing estimates for two quarters in a row)? Also, what is your opinion about ENDP (very good fundamentals?) Thanks!

estimates have come in week for IPXL, but that could be due to the ‘people’ skipping out on their drugs (healthcare).  I would like to see how they do in the upcoming, hence my entry is a 1/4 one in member chat.

ENDP – yes, and they are a future focus and Sabrient had them as a buy for a while.  I still like them long term.