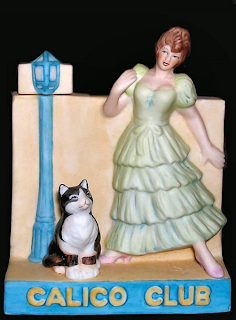 Did you hear the one about the politician and the hookers? Turned out to not be so funny. Maybe that was because he was trying to f#*k the hookers and take their money at the same time.

U.S. Sen. Harry Reid took aim at the world’s oldest profession Tuesday, telling state lawmakers the time has come to have an adult conversation about Nevada’s legal sex trade if the state hopes to succeed in the 21st century.

The Democratic Senate majority leader made the comments before a joint session of the Legislature as brothel owners and lobbyists – and working girls from the rural establishments – looked on from the gallery.

In his autobiography, Reid, a Mormon, wrote about growing up in the mining hamlet of Searchlight, Nev., and learning to swim in the pool at a bordello. His mother took in laundry from the 13 brothels around town.

But when the nation thinks about Nevada, Reid said, "it should think about the world’s newest ideas and newest careers – not about its oldest profession."

He received a smattering of applause when he first suggested Nevada outlaw bordellos. By the time he finished with the topic, his remarks were met with silence from the representatives of a state whose identity is woven tightly with gambling, alcohol, quick marriages and prostitution.

What did he expect? His own mother made money washing the dirty laundry from whorehouses. Everybody wants to get paid, Harry. At least one hooker who listened to the speech wasn’t shy about raising her pimp hand to the honorable senator.

Brooke Taylor, a prostitute at Bunny Ranch east of Carson City, called Reid’s speech "offensive" and said Reid should be proud of the way the state’s brothels regulate the sex industry.

"We’re the first ones to do it right," Taylor said.

Don’t think this hooker doesn’t know what she’s talking about. As JDA reported last spring from Battle Mountain, Nevada, there are businesses in the state that could learn a few things from prostitutes. For free.