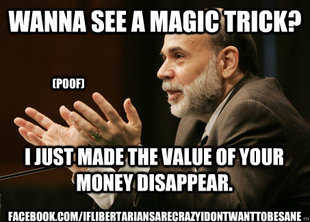 We've got miracle plays to play

We've got parts to perform…. Hearts to warm

Kings and things to take by storm

As we go along our way – Pippin

That's the rally cry this week as both the Fed and the ECB hold policy meetings which the bulls hope will put an end to all that silly "taper-talk" that's been keeping a lid on the rally since May.  We actually had three swings at more stimulus this week but BOJ Governor Haruhiko Koroda supports raising the National Sales Tax next year but the reaction on the Nikkei was immediate and that index fell 3.3% in the session – saved only by the closing bell from the full 5% power dive.

Japan’s gross public debt is nearing two and a half years’ economic output, and the government is aiming to cut the budget deficit, excluding interest payments, to just over 3 per cent by 2015, down from more than twice that level in 2010.  Europe and the US are "only" at a bit over 100% debt to GDP – so they have a while to go before things are as out of control as Japan already is.  And don't worry, Bernanke and Draghi are determined to get us there.

Bloomberg noted this weekend that we are all just lab animals in the great Central Banking experiment:  “If this is science, then we’re the little white lab rabbits,” said Vincent Reinhart, chief U.S. economist for Morgan Stanley inNew York, who served as the Fed’s chief monetary-policy strategist from 2001 to 2007.  So far, Europe has been lots of talk and little action.

The IMF forecasts the economy in the 17-nation euro area will shrink 0.6 percent this year. Draghi has never used the Outright Monetary Transactions program he created in 2012 to back up his claim that officials are prepared to do whatever it takes to preserve the euro, but he's said he would do SOMETHING BIG at the all 3 meetings this year.

Of course, it's not just the Big Three Central Banksters that are destroying the World – the rest of the G20 is working hard to do the same and then there's the ROW (Rest of World), who are already beginning to collapse.  Iran is currently experiencing 74.2% annual inflation at the Rial heads for another collapse, Argentina is running at 24.8% but it may be worse as the black-market exchange for Dollars is 34% below the official rate.

Inflation in Venezuala may be as high as 249.3% but, again, it's a black market for currency – so hard to say exactly and Egypt was running at 27.1%, just ahead of their annual revolution this month – who knows what the real exchange rate will be – or who will be in charge.

By the way, if you notice a lot of these countries with financial instablities are also oil exporters, who JPM, GS, BCS etc are giving Dollars to, in exchange for their rapidly devaluing Global Currency – please don't assume it's some sort of conspiracty as the same banks control the currency exchangs or because they are making windfall Billions from the combination of high oil prices (due to the traders they control) and low currency rates of suppliers (due to the currencies they control) – I'm sure it's not a conspiracty – just good fortune!

And, if you don't care about the above economies, how about Brazil – the "B" in BRIC?  A million Brazilians took to the streets to protest crime, corruption, failing public schools and hospitals, and high and rising prices last month and a resident of São Paulo, Brazil’s financial capital, has to work an average of 106 hours to buy an iPhone and a cheese pizza is $30 with a gallon of milk setting them back $6.65.

We have lots and LOTS of money floating around in the US (just look at Corporate Balance Sheets), as well as Europe and Japan.  What we don't have is any monetary movement.  Unfortunately, once the gigantic pile of money the Fed has dumped on our doorstep does begin to gain momentum, there's simply going to be no way to put the genie back in the bottle before we too begin to experience runaway inflation.

THAT is the crux of our long-range investing premise but, in the short run – anything can happen and usually does.  Until we have wage inflation, which provides a bottom-up boost to the economy and spurs real demand (as opposed to the Fed forcing your investing assets into equities by cutting off all other means of making returns), we're not going to have a "healthy" economy. 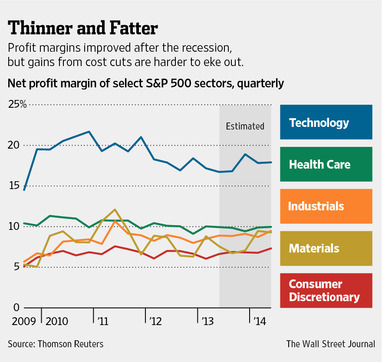 According to the WSJ and Tompson/Reuters: Revenue at the companies that make up the Standard & Poor's 500-stock index—excluding banks, whose profits have soared—is expected to creep up by just 1.1% in the second quarter from a year earlier.  Earnings, meanwhile, are expected to decline 0.6%. That would be the first profit decline for nonfinancial companies since last autumn and the first time in a year that earnings grew more slowly than revenue, a sign that margin widening is petering out.

Economists estimate that business investment was weak in the second quarter and may have fallen. They believe the U.S. economy expanded about 1% in the second quarter, after inflation. Europe remains mired in a multiyear recession. China, which propelled global growth in recent years, is now slowing.  Those pressures are compounded for some industries by budget cuts and policy changes like the U.S. health-care overhaul and Defense Department cuts. That has left many companies without an easy path to higher earnings.

Of course we know that "you can't fight the Fed" and we're not going to try this week but, to coin a new phrase: You can't count on the Fed either!

I highlighted our most recent "5 Trade Ideas that can Make 500% in a Rising Market" for our Members in chat this weekend (along with very good strategy discussions, one of which I tweeted) and Stock World Weekly featured bullish plays on FCX and CROX, as well as a speculative short position on Facebook – assuming they'll pull back a bit off that huge pop last week.  With GDP and the Fed highlighting the data on Wednesday, it's going to be an interesting week, to say the least.

Let's be careful out there.

Sorry, Jrome, I read that wrong, thought you were just generalizing about Muslims.  Even if it is a "majority" that want Sharia law (does that mean a majority of women?) that still leaves room for 700M NOT to want it out of 1.5Bn.  I've done business in Dubai and other middle-Eastern countries and, as a Jew, I'm more surprised by the tolerance of the average Muslim than the intolerance.  We have our own share of intolerant religious zealots here in the US – why should they be spared the joy of having a right-wing that tries to exert moral authority as an excuse for a power grab? 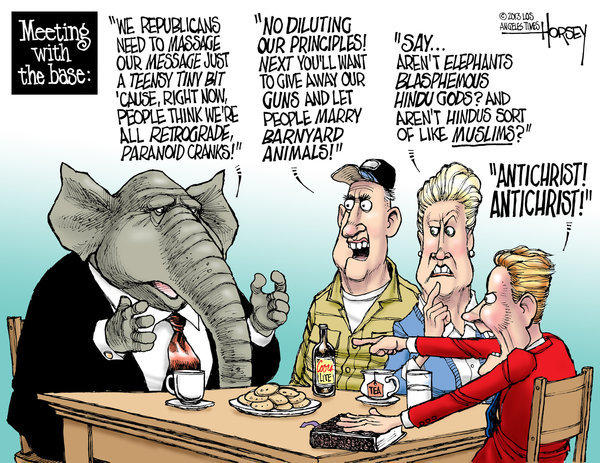 Does school textbook have Islamic bias? – “They hired a Muslim cleric to write the Muslim section,” said Representative Rich Workman. “The publisher told me.”

Sessions lays out plan for House to kill immigration bill…

Speaking of messing with telemarketers.

Phil // Stuff
Sorry benn ooff the boards guys. Went up into NorCal to stare at trees for 4 days.

TSLA // Holdings
Great idea Phil ( looking into holdings – I wasn kinda kidding last time, but pretty unbelievable ) So my question would be – if this is some big institutional circle jerk – why are we in them at all, yet alone short ?