Thrilling Thursday – Nasdaq 7,000 Is Our Next Summit Can we really go higher?

Bullish Sentiment is literally off the charts and only 7,826 (11.4%) out of 68,119 investors polled by Earnings Whispers are currently bearish about the markets.  Usually you might thing that's the sign of a turn but if my daughter's softball team were going up against the Yankees, you might see similar sentiment results in favor of the Yankees and that does NOT mean betting against the Yankees is a smart move – just because it's the contrarian play.

Sometimes, the crowd gets things right though not this time – this time the crowd is full of idiots who are chasing a trend off a cliff but other times, you shouldn't just be a knee-jerk contrarian.  Meanwhile, as I've been saying since Nov 29th's "Record High Wednesday – We Will All Be Billionaires," if they are going to keep giving money away in the markets – who are we to turn it down?  The Money Talk Portfolio we looked at that morning was "only" up 70.7% for the year and, this morning, those untouched positions are now up 80.9% less than two months later. We cashed our other portfolios in and started new ones on Jan 2nd and our $500,000 Long-Term Portfolio is already up $25,000 (5%) in 3 weeks – a pace that will make us $1Bn in 14 years (at 75% annualized) and of course that's ridiculous and unsustainable but that's what you are paying for when you buy into a market that is basically up 5% for the month as well.  While earnings are "pretty good" so far, they are (as I mentioned in yesterday's Report) bolstered by a weak Dollar as well as the stimulus of a $1.5Tn Tax Cut, which consumers have already borrowed against to spend last Christmas.

Looking forward, we are now counting on the repatriation of Trillions of overseas Dollars to boost the markets into 2018 but, just like the rising income inequality in America, the benefits of the repatriation are concentrated to the Top 1% Corporations and, in fact, just 16 companies account for half of all overseas funds:

While  this is, indeed great news for these companies and their shareholders, what about their competition?  What about the 4,500 public companies that haven't got a penny overseas and aren't being rewarded for years of tax evasion?  FaceBook (FB) has $38Bn to crush SnapChat (SNAP) with.  Coke (KO) and Pepsi (PEP) have $70Bn to play with and they can go to war with each other or simply drive Dr Pepper (DPS), whose entire market cap is just $17Bn, completely out of business.  Do you think Trump's regulators will care if it's "unfair competition"? 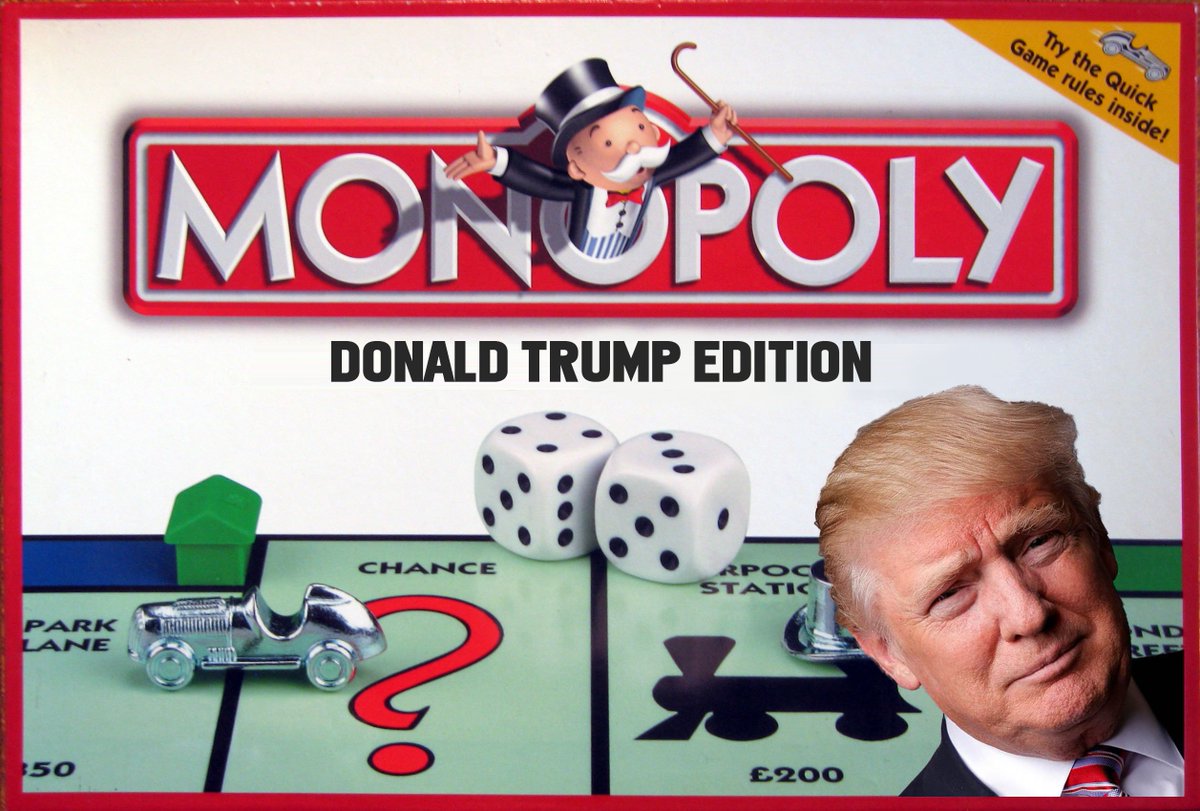 What we have here is the Oligopolists consolidating their power and sure, we can bet on those companies to do very well down the road but beware if you hold stock in their competition – this is not unlike the game Monopoly, when your competitors start the game with 10 times more money than you – you are not likely to win and will likely go bankrupt as you try your best to move around the board without landing on one of their hotels.

So, believe it or not, 2018 is going to become a stock picker's market and there will be losers as well as winners and the problem with that is currently the indexes are not pricing in any losers at all – so the valuations are stretched across the board.  Yesterday, in our Live Trading Webinar, we discussed Cisco (CSCO) and, while they are one of my favorite stocks and will be bringing back $76Bn from overseas, they are not cheap at $42.30 as that's a market cap of $208Bn and they "only" make $10Bn a year, so 20 times earnings.  The repatriate cash is not "new money" – it's already on their books and has already been earned – it's just being moved around.

Instead we prefer in that space Finisar (FNSR), who are a $2Bn company at $19 and made $250M last year for a p/e of 8 and they are growing revenues and profits at a 15% annual pace.  THAT is the kind of company we like to put in our portfolios and we did add FNSR to our Options Opportunity Portfolio as well as our Long-Term Portfolio already.  Again, it's not that we don't like, even LOVE CSCO – it's just that they are not on sale – so why buy them? Also in yesterday's Live Trading Webinar, we played with the Futures and our trade of the day was a long on the Russell Futures (/TF) as they dipped in the afternoon and we made a very quick $280 in our trading demonstration and the Russell went on to hit 1,610, good for gains of another $700 per contract for those who stuck with it so congratulations to all who attended yesterday.

Last Wednesday, our Webinar play was a long on Coffee (/KC) Futures at $120 and this morning we're testing $125 but we took the money and ran at our usual $123.  Coffee contracts pay $375 for each $1 move so up $1,125 per contract was a nice gain for our Members and, if you are just a webinar watcher – I'd say it's a bit greedy not to take some off the table at $125 and keep tight stops on the rest as the main reason we like tradin coffee is because it keeps pulling back and giving us new entry opportunities though, long-term, we certainly expect it to move much higher than it is now. For the Futures-challenged there's a Coffee ETF (JO) which is subject to a bit of decay but is still playable at $15.21 and the way we would lay out a trade would be:

Of course, going long just one Futures contract at $130 and running up the same 25% to $162 would pay $12,000 and the Coffee contracts only require $2,310 in margin and, even better, we go in and out and in and out and make money on all the little move in between so, if all goes well, we'll make much, much more than $12,000 per contract over the next couple of years in the Futures – which is why we teach our Members how to trade them in our Webinars!

Sadly, it's January 25th and our month of free trade ideas for non-Members is drawing to a close but here's a bonus trade that seems very silly to me with the Dollar so low (see yesterday's notes) and gold so high:  Barrick Gold (ABX) is a quality miner with a very low cost of extracts (under $800) and, with gold hitting $1,360 this morning – it seems hard to imagine that Q4 earnings won't be better than last year's Q4, when gold averaged under $1,200 per ounce.  ABX spiked to $20 after Q4 earnings last year so $15 seems like a bargain at the moment.

A simple way to get bullish on earnings is to pick up the Feb $15 calls for 0.55, which is 0.50 in premium but that's all the risk you have and there is no margin requirement.  If ABX breaks up ahead of earnings and the calls hit $1, you can sell half and then carry no risk into the earnings and any move up from there is all bonus money.  We are carrying longer-term spreads on ABX in both the Long-Term Portfolio and the Options Opportunity Portfolio and we have high degrees of confidence in them.

Another fun gamble on Gold is micro-miner Northern Dynasty (NAK), which we also hold in the OOP and that's just $1.60 but pure speculation as they don't mine at all but they are trying to get regulatory approvals and partners to begin mining up in Alaska.  What we like about NAK is that getting permits to strip mine the land and pollute the rivers is much, much easier under the current administration so yay Capitalism!

Meanwhile, if this rally doesn't calm down – we're going to need a bigger chart (we are shorting Nasdaq Futures (/NQ) below the 7,000 line with tight stops above as well as S&P Futures (/ES) below the 2,850 line. News:
Member
Trump Tax Cuts Will Be Smaller Than Expected for Many Companies
By: Ivan Levingston
News:
Member
Donald Trump ‘to cancel Guatanomo Bay closure’ and ‘load it up with bad dudes’
By: Steve Robson News:
Member
Bitcoin Will Fall To $1,000
By: Doubling Dollars Dollar fell back down but bounced above 88 so not bearish yet.  Could go either way so I'm not adding. Indexes up a bit but that's usual these days in pre-market.

Europe is up a bit too. I guess Winter is over already (new March contract)