Miraculous Monday – Trade War Ends A Day After It Starts Or so they will have you believe.  Just one market day after Trump declares a Trade War on China, team Trump is claiming victory in that Trade War with Treasury Secretary Steve Mnuchin saying that "the U.S. can reach an agreement with China that will avert the need for President Donald Trump to impose tariffs on at least $50 billion of goods from the country."  “We’re having very productive conversations with them,” Mnuchin said on “Fox News Sunday,” when discussing talks with China. “I’m cautiously hopeful we reach an agreement.”

An optimist would say Trump's threats worked and China backed down but a realist might say China's threat to retaliate worked and Trump backed down because the net effect here is there will be no sanctions placed against China and Wilbur Ross is already running around claiming it will be a victory if China promises to buy some LNG (liquefied natural gas) from the US to help balance the trade deficit.

China, of course, doesn't care who they buy LNG from and, like oil, it's fungible – so it doesn't matter who we sell it to, there's a GLOBAL supply and demand picture that sets prices so if we sell more to China, we will sell less to someone else and not one job will be gained and not one net import/export Dollar will have shifted other than on the balance sheet with China.

Speaking of oil, that's been holding up over $70 on Brent (/BZ) and $65.85 at the moment on WTIC (/CL) with Gasoline at $2.0325 heading into Easter Weekend.  It's going to be a nice short next week but this week there will still be a huge effort to keep the prices high into the holiday and the Saudis are pitching in by talking about extending their production cuts at the June OPEC meeting.

We'll see what sticks into the weekend but patience is the key on that trade as the Saudis are pulling out all the stops to keep the price of oil high as they continue to attempt to get an IPO for the state-run oil company, Aramco.  Without that money, the Saudis face some dire budget decisions as the money they confiscated from the Princes they locked in a hotel earlier this year begins to run out.

Meanwhile, with the markets all bouncy this morning in the low-volume Futures after selling off on big volume on Friday (50% more than normal), more than Tuesday and Wednesday combined, we are back looking for the same bounce lines we were looking for in Friday Morning's Report, which were:

Those bounce lines are still very far away as a lot of technical damage was done to the indexes last week and all the pre-market move has done (so far) is taken a catastrophe off the table – for now.  There's certainly nothing very impressive about the S&P bouncing off the 200-day moving average – if that doesn't give you a bounce – then you are in a bear market! 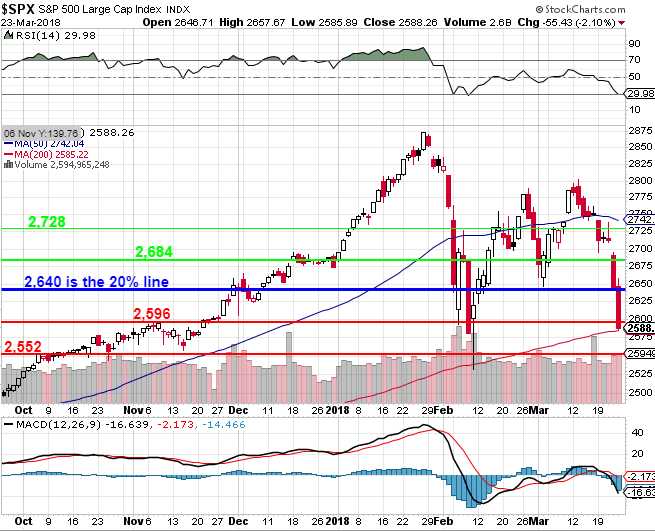 There's nothing at all bearish about a move in the S&P as long as it's under the 50-day moving average because any day under the 50 dma pulls the average lower and bends that line downward towards a bearish cross with the 200 dma, which then would be the "death cross" signal that TA people fear the most.  As you can see, the 50 dma was already trending lower and the further below we are, the sharper the correction will be.

That's why 2,666 is a "weak bounce" according to our 5% Rule™ – it doesn't do enough to correct the technical lines on the chart while 2,688, at least, gets you halfway back to the 50 dma and takes a little pressure off the lines but anything below that and you are still in a serious downtrend – so let's not be too impressed with this morning's 2,632 implied open – even though it is a 1.35% gain from Friday's disaster.  As I said to our Members on Friday:

Meanwhile, also in Friday Morning's Report, we discussed a hedge using the Nasdaq Ultra-Short ETF (SQQQ) to mitigate the damage and that trade idea was:

It's not a big data week and trading will be slow into the holiday weekend (markets are closed Friday, Europe close Monday too) and only 5 Fed speakers to confuse us, which is why I very much doubt we'll have the energy to make our strong bounce lines, which means we'll remain a bit bearish into the weekend: 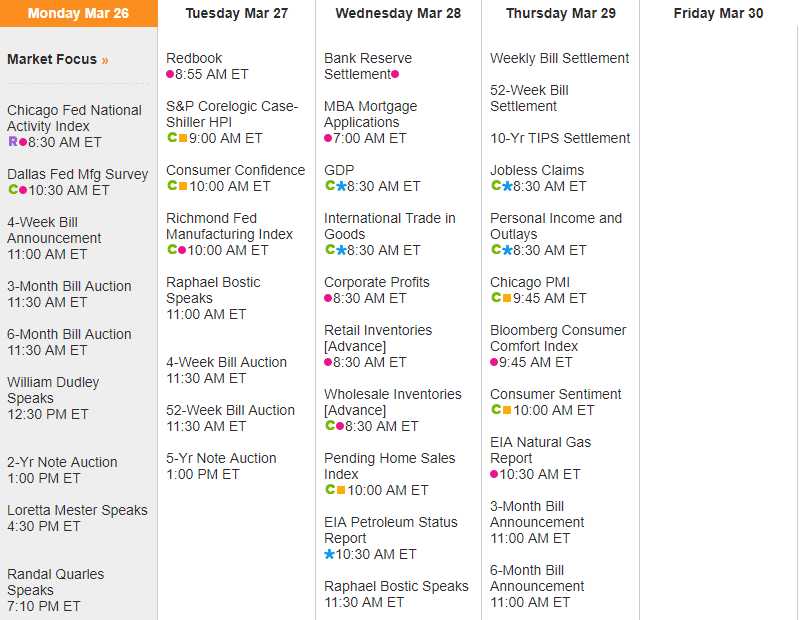 We also have some early earnings reports and we're very interested in Sonic (SONC), GameStop (GME) and Restoration Hardware (RH) and we'll see how the tone is set for Q1 with those consumer plays: 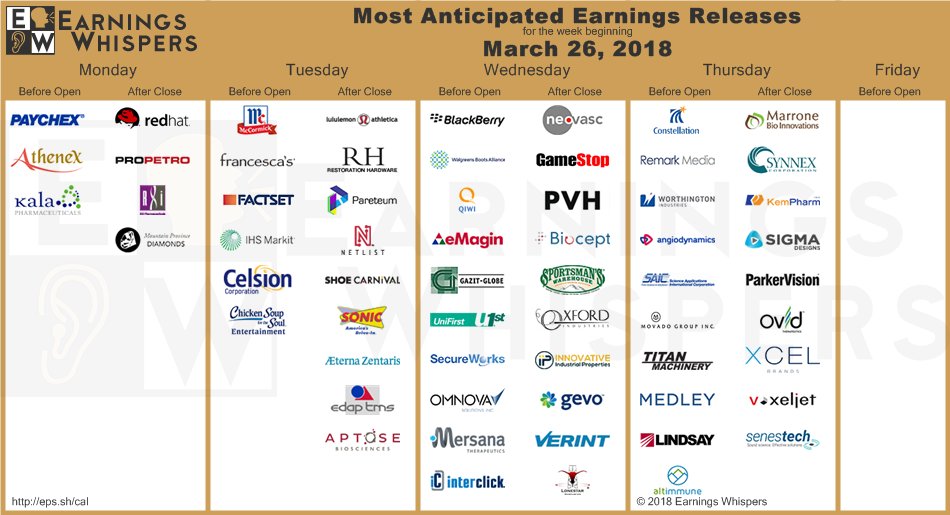 It's nice to see an exciting recovery into the open but it will be on very low volume and Europe is nowhere near as excited (fooled) as we are, with about 0.25% gains across the pond so please – be careful out there! 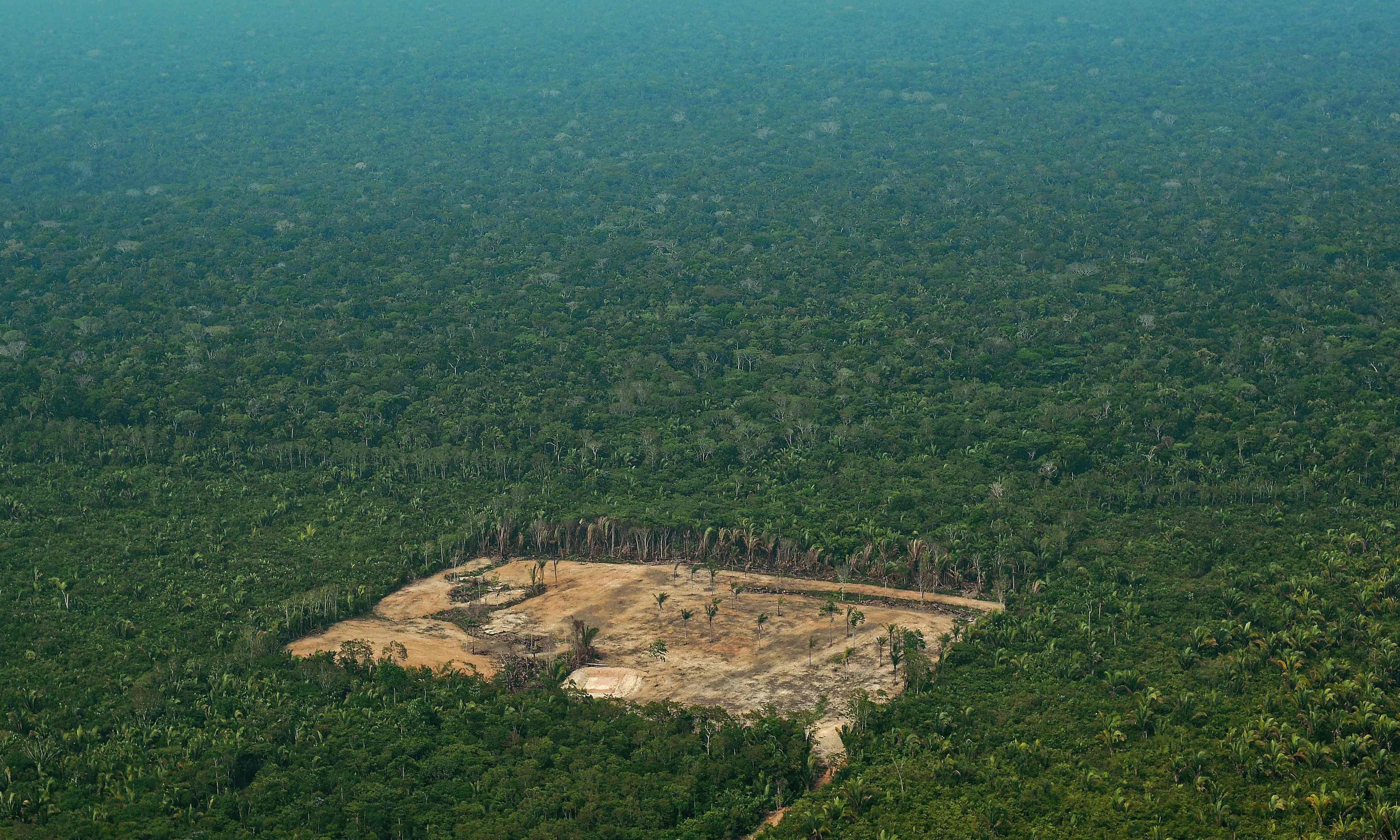 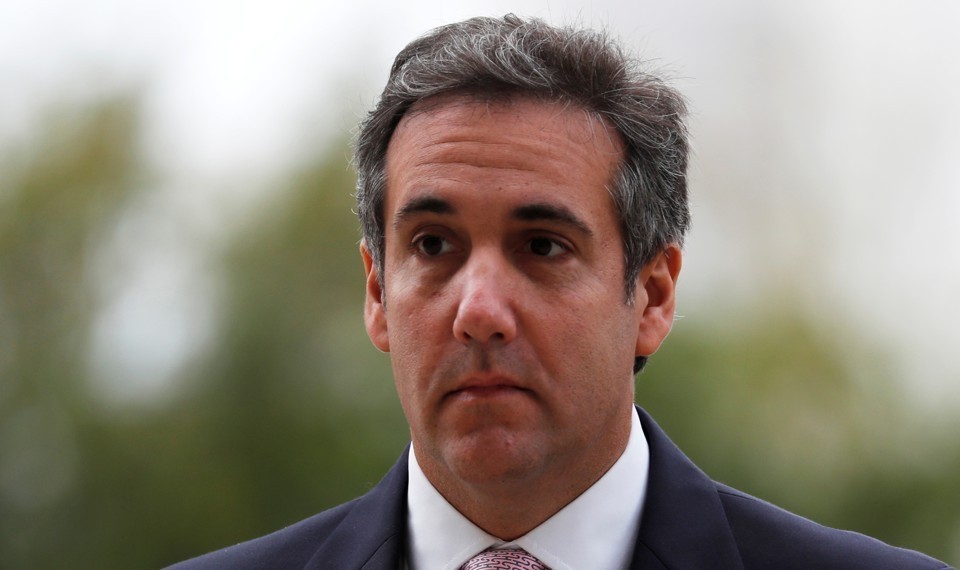 News:
Member
Cryptocurrency Taxes are Due Soon: What to Know
By: Mike Brown 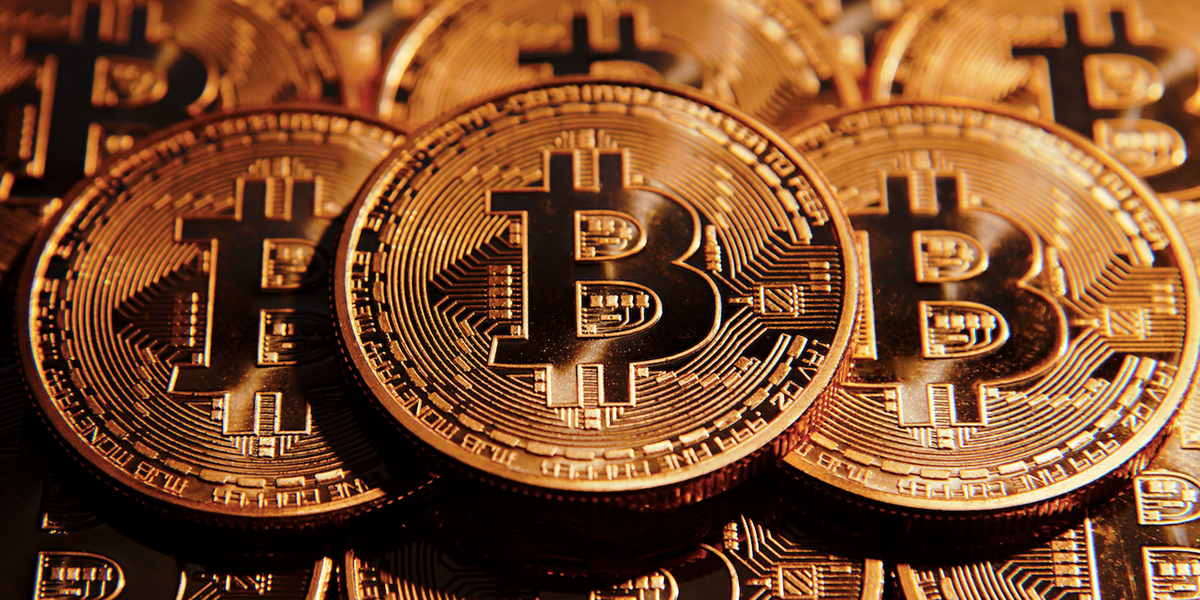 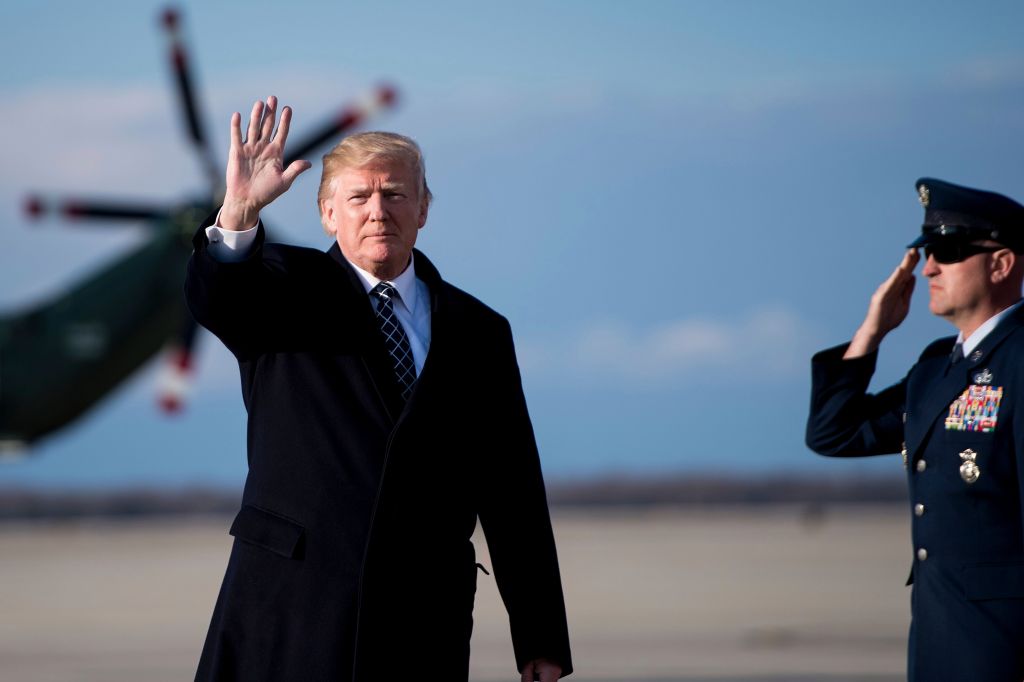 News:
Member
House Republicans are realizing that ending their Russia investigation so soon made them look ridiculous 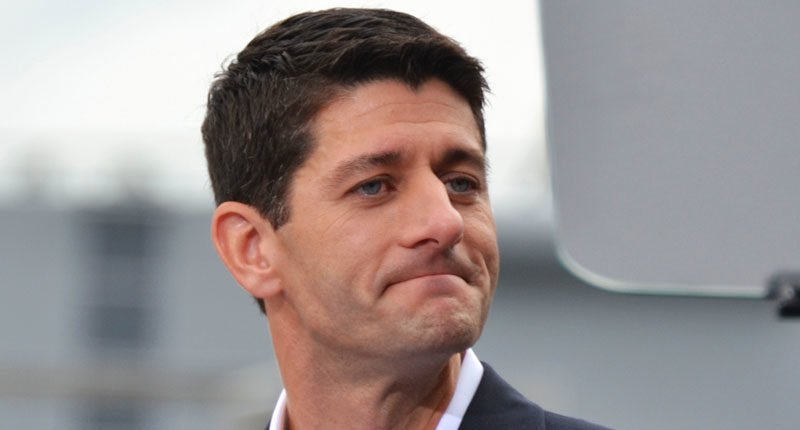 News:
Member
The end is in sight for the coal industry
News:
Member
Murphy trashes Christie and these public workers cheer him
By: Matt Arco marco@njadvancemedia.com, NJ Advance Media for NJ.com 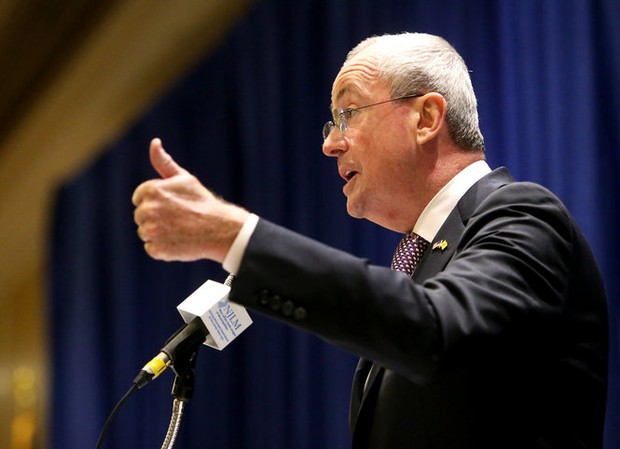 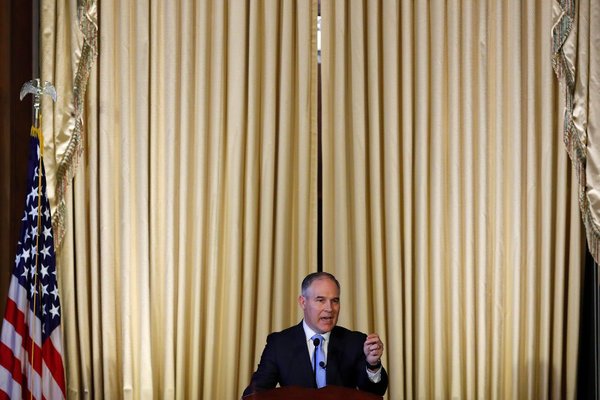 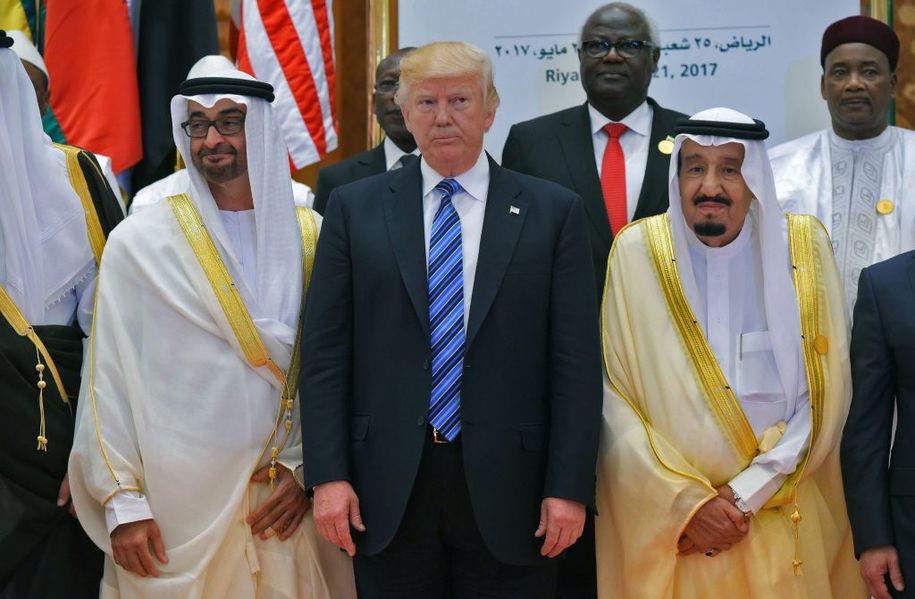 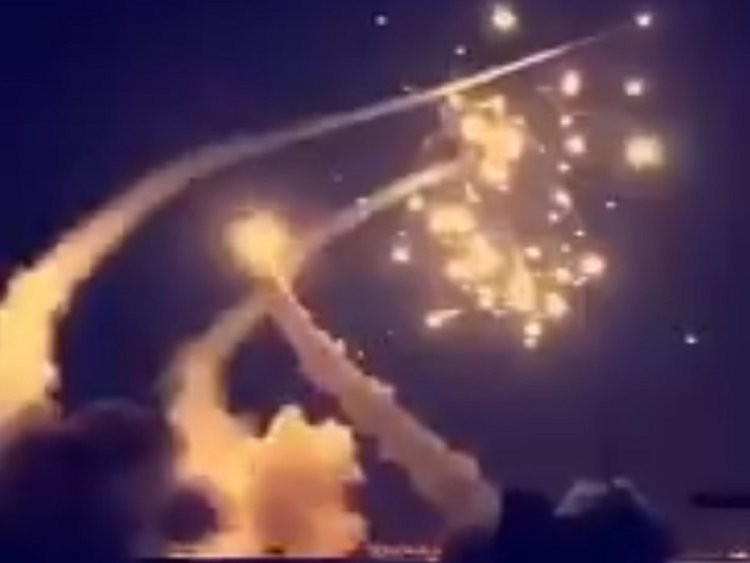 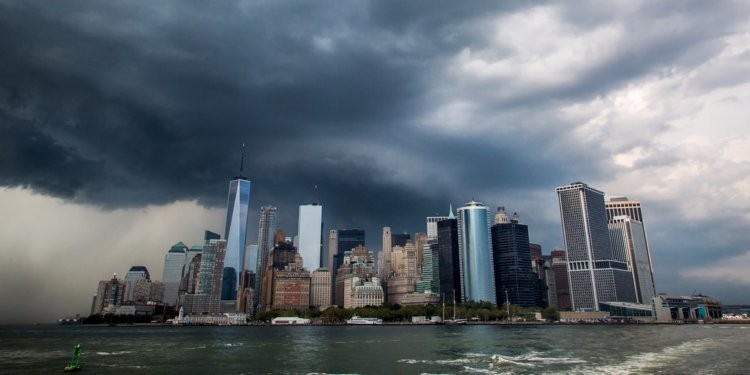 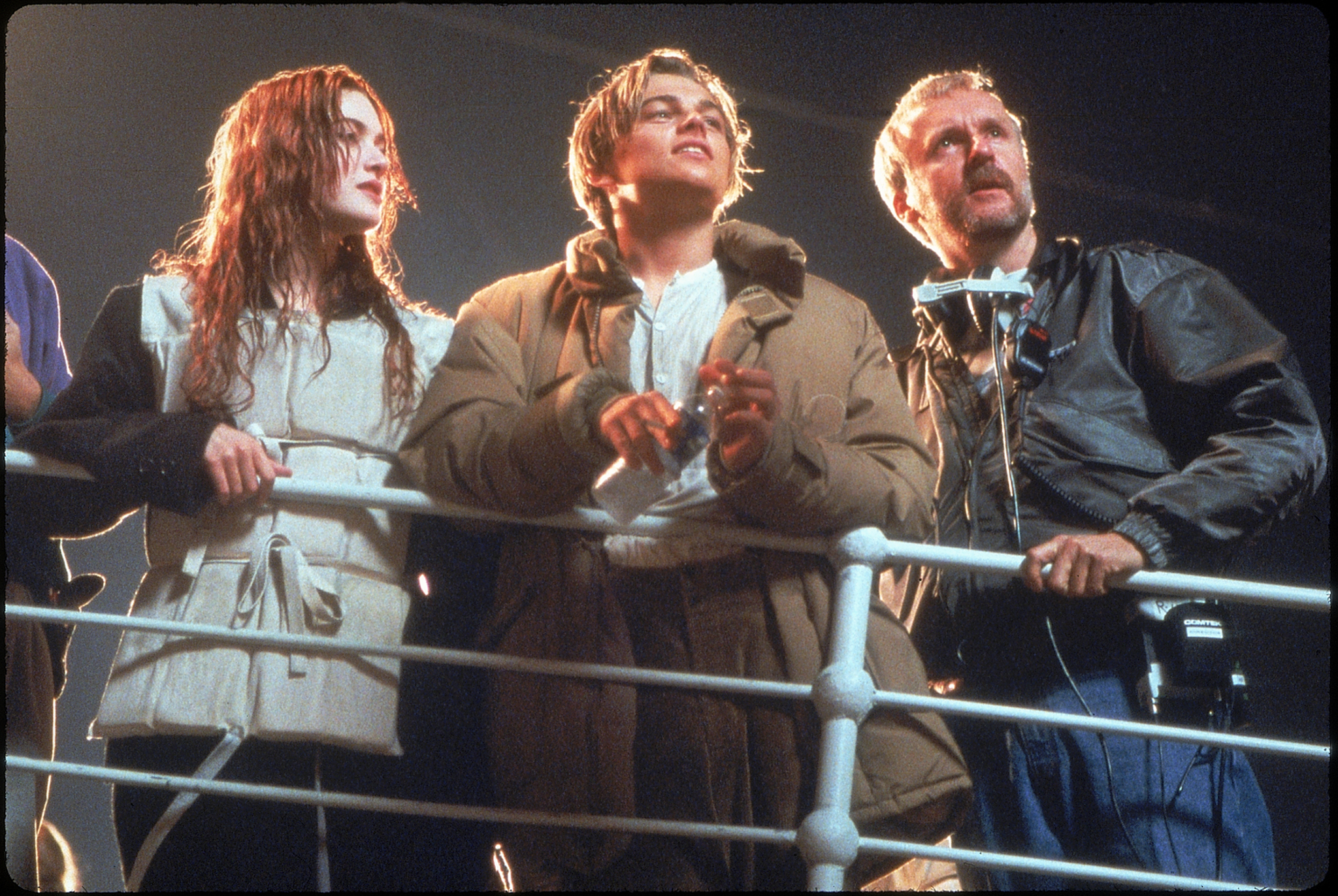 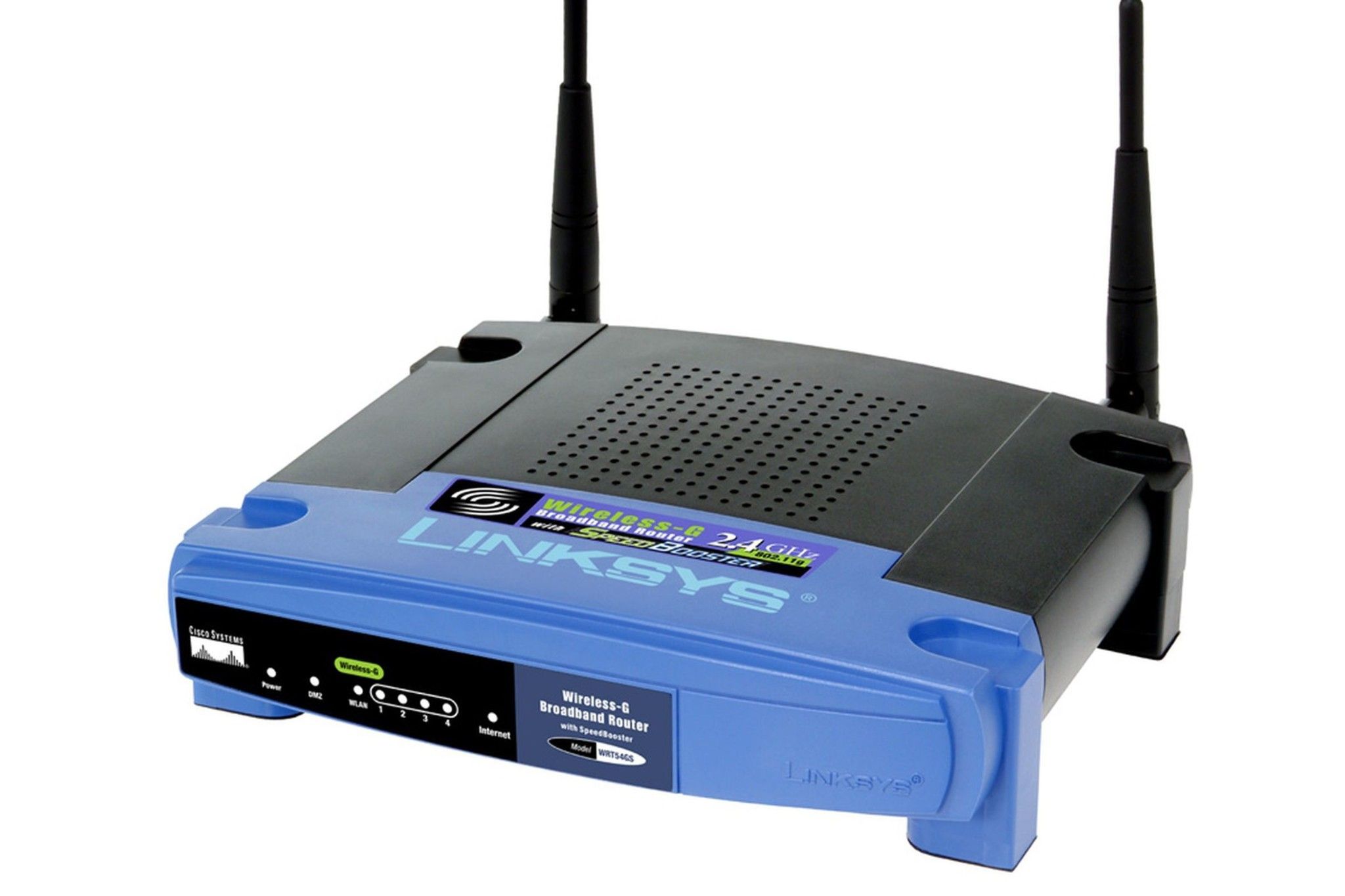 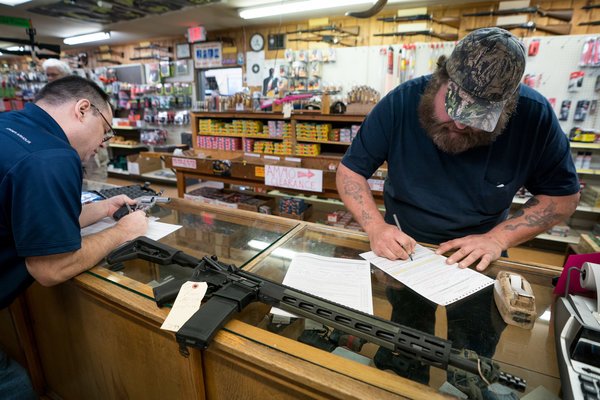 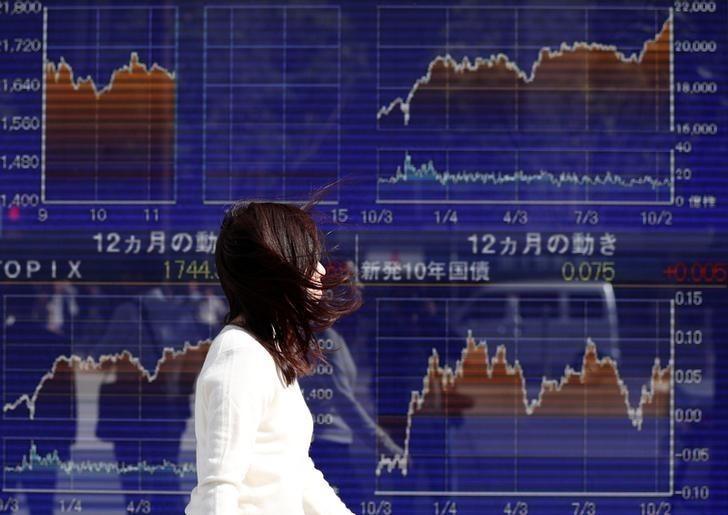 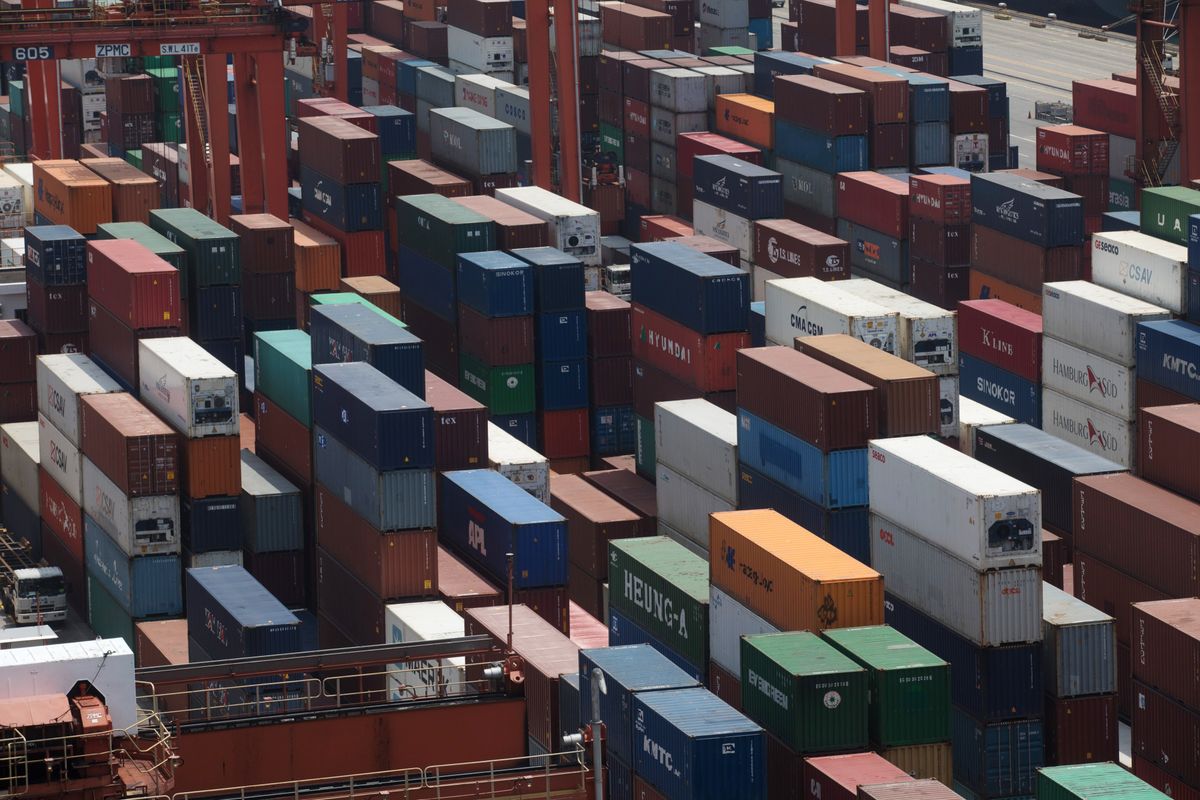 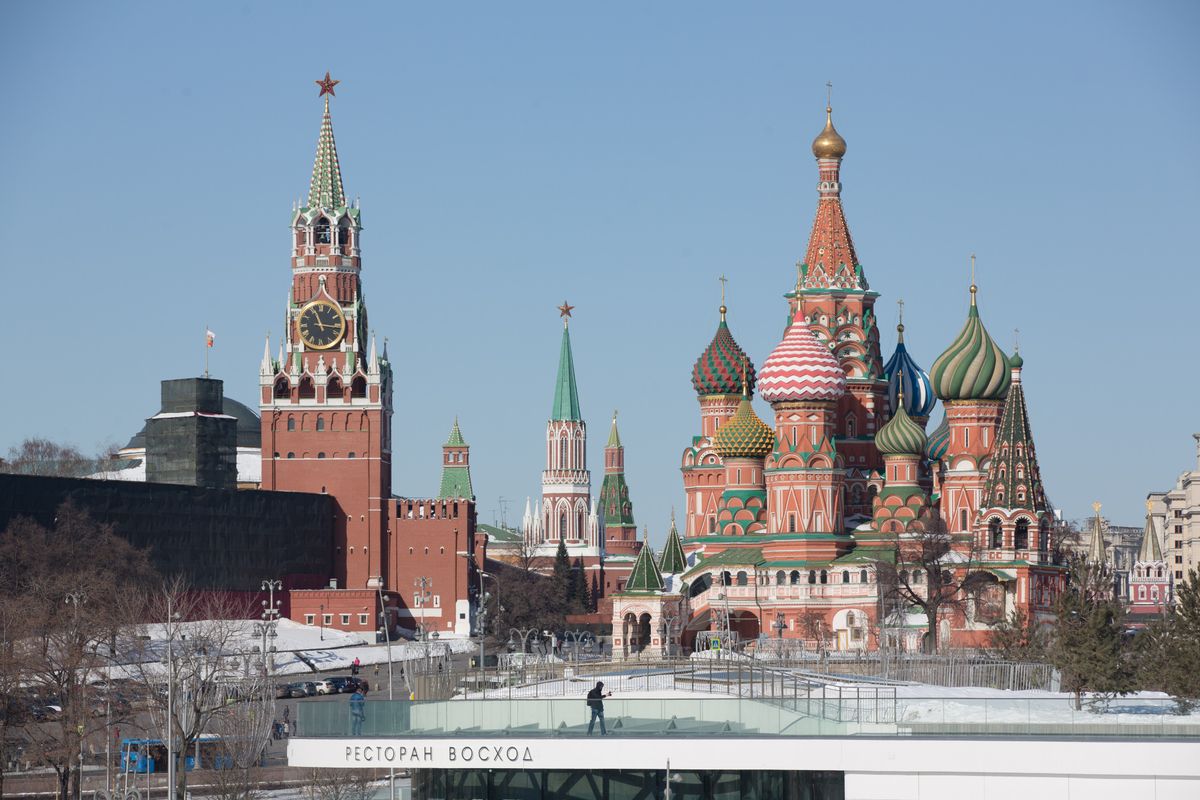 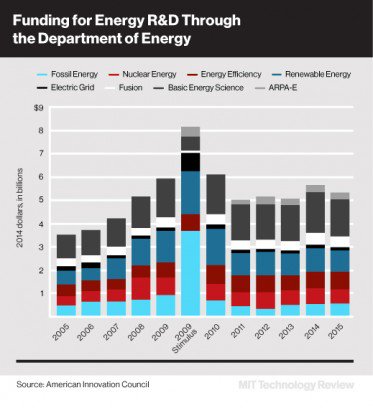 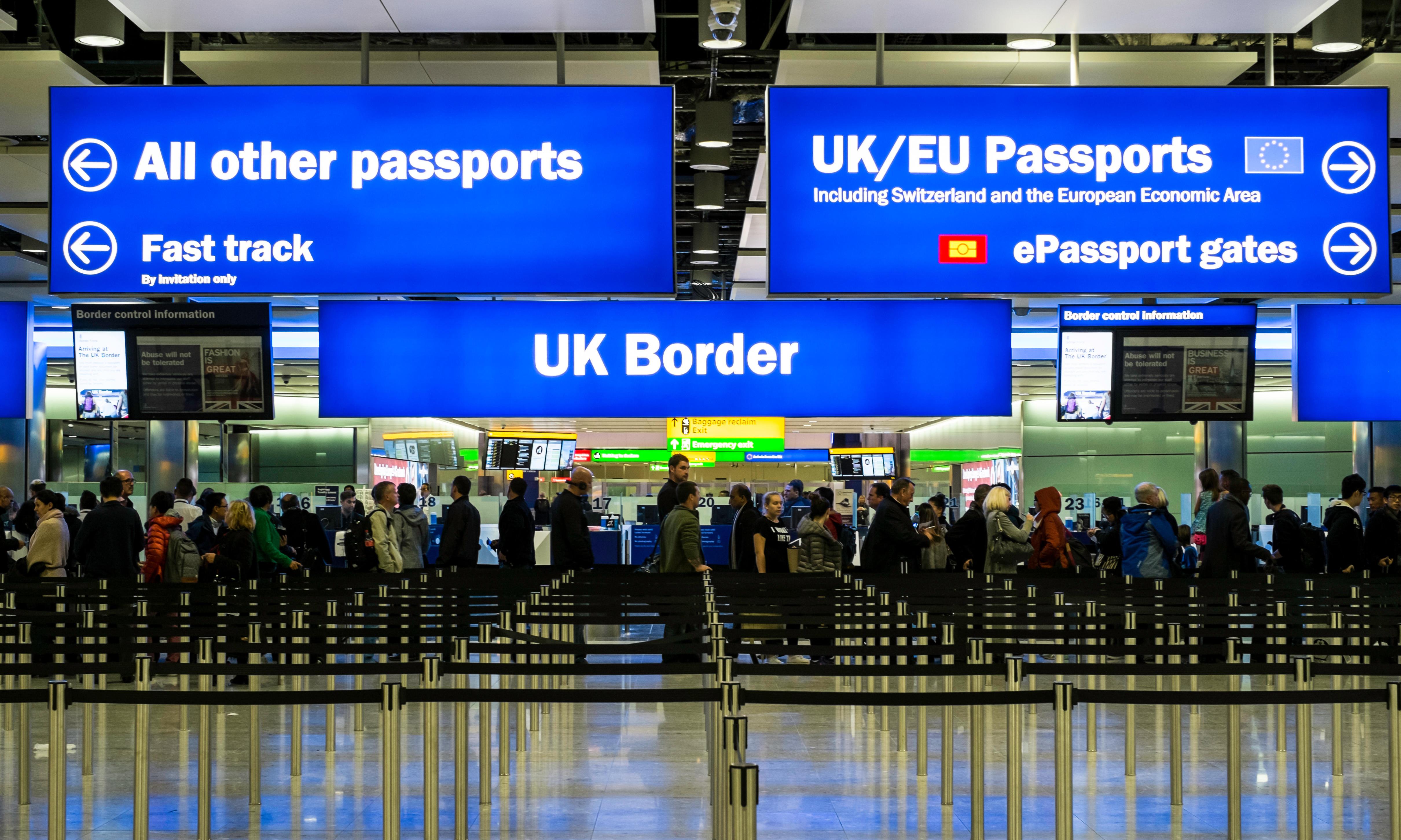 News:
Member
‘Fortnite’ hot streak grows with a record-breaking YouTube stream
By: Jon Fingas
News:
Member
Thomas Piketty says Bernie Sanders’ electoral strategy is the way to beat back the right
By: Keith A. Spencer
News:
Member
The Rate the Banks Once Rigged Is Jumping—and Causing Trouble
By: Liz McCormick 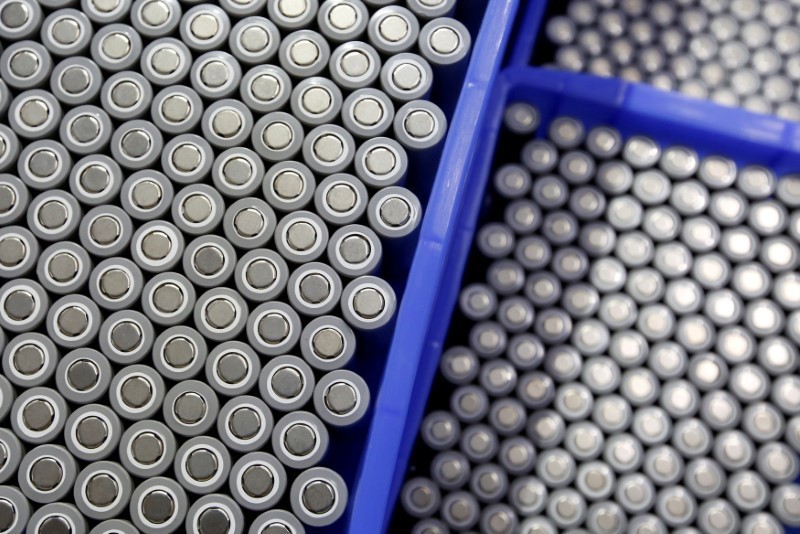 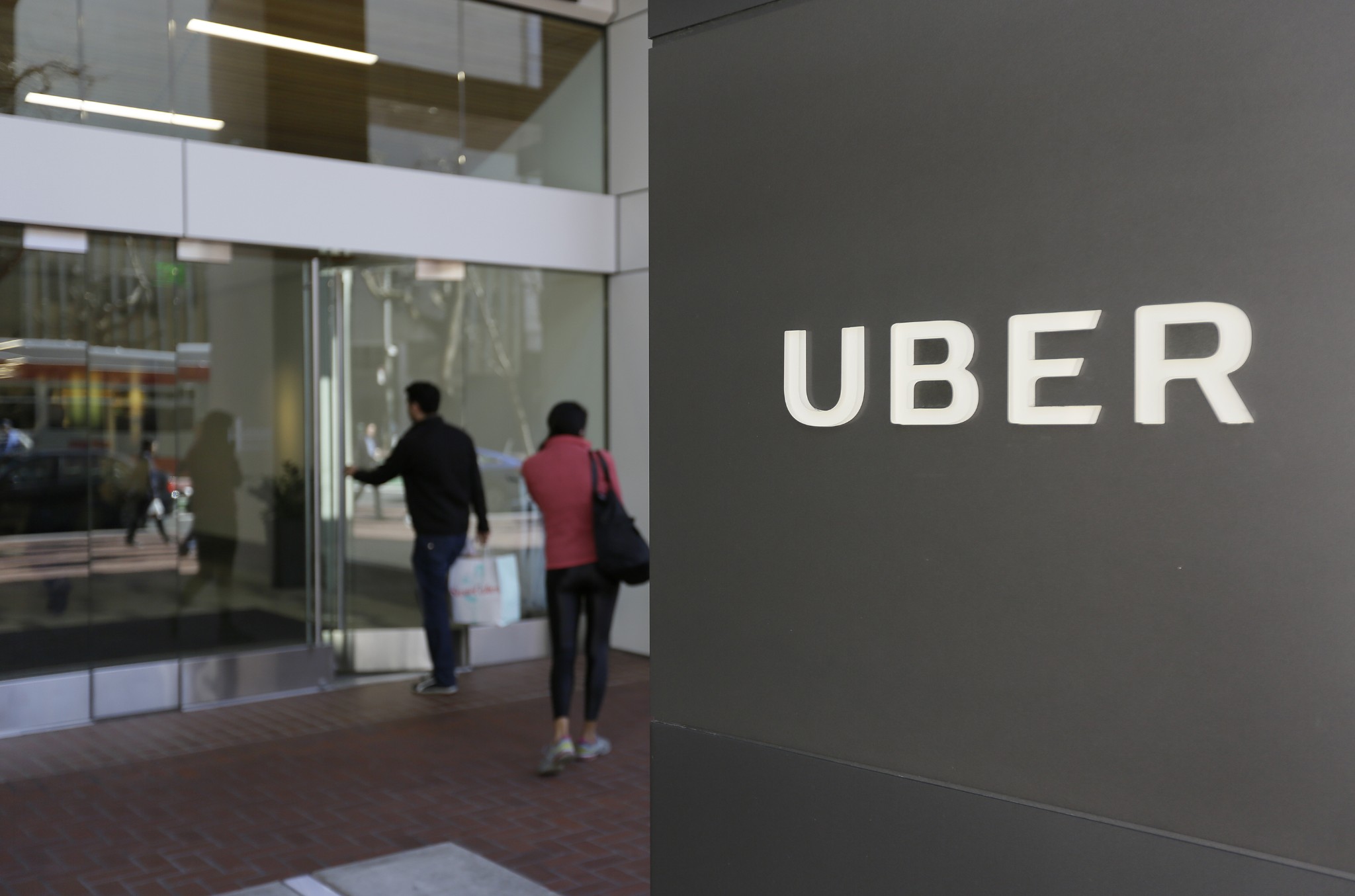 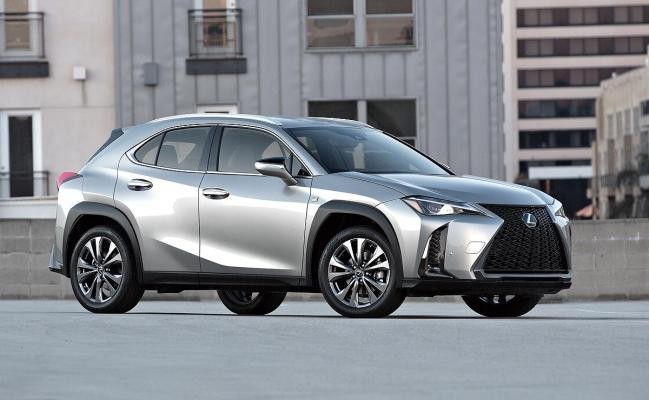 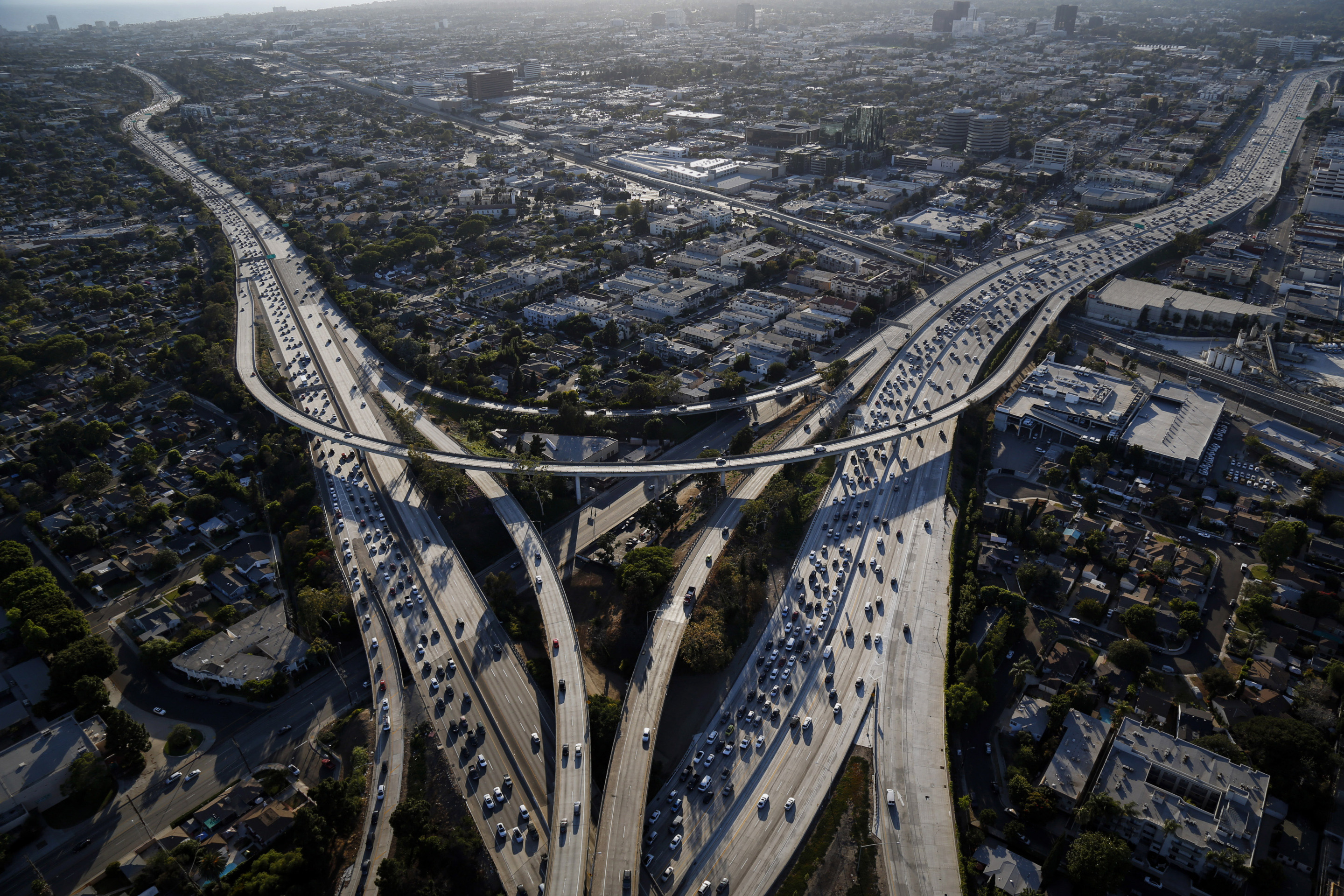 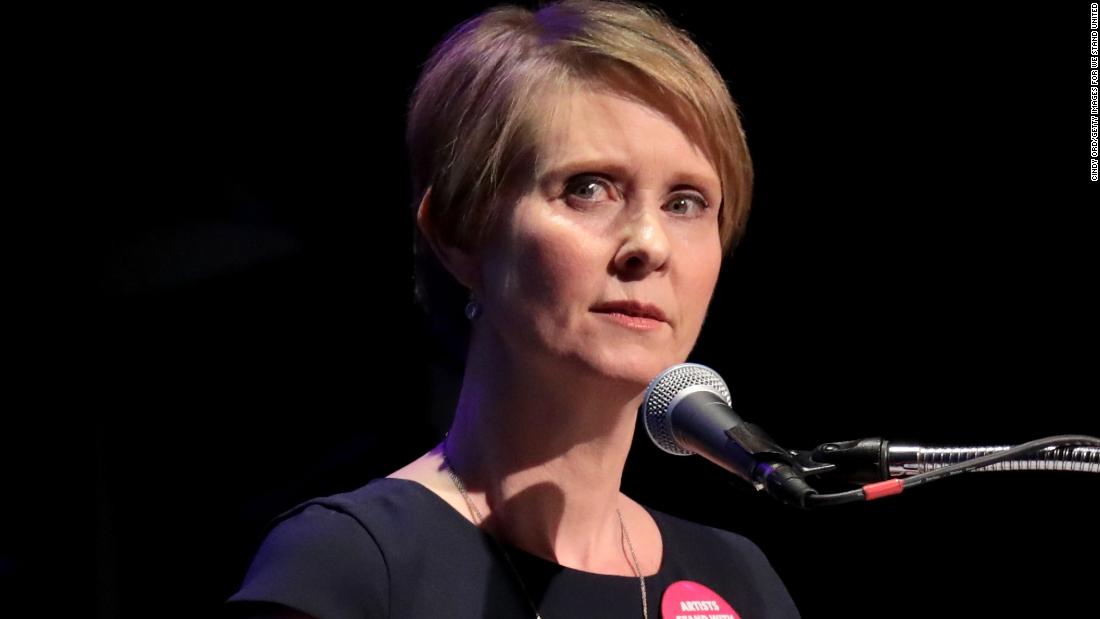 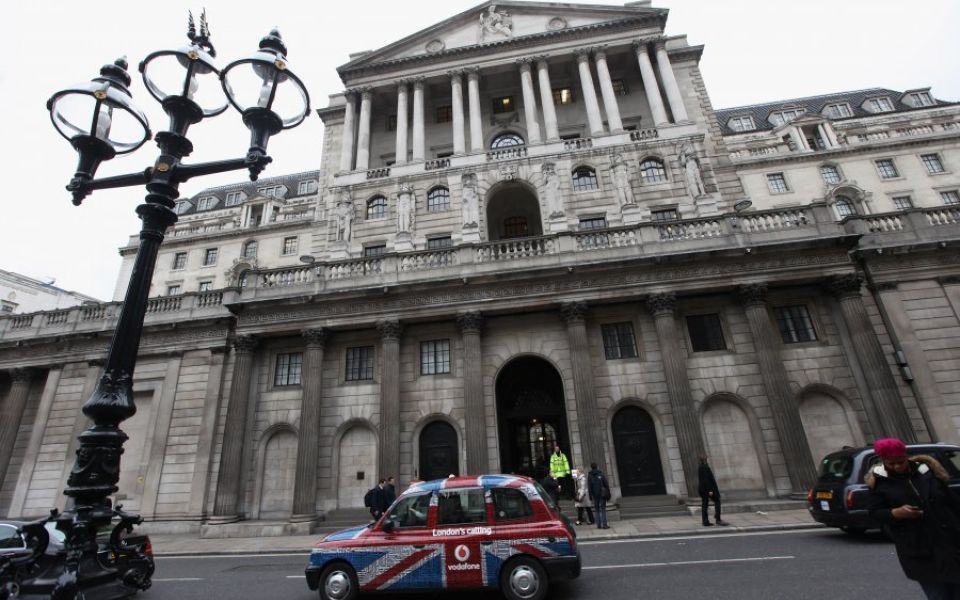 Dollar had a nice pop this morning but it hasn't held anything else back – just an up and up day for the market. Still waiting to see if we hit our bounce lines.

LB/Batman – They've certainly given no indication they'll be cutting and cash flows were impacted by inventory write-downs, not so much a lack of money.  Also, they've been buying back $400M+/yr of stock (4%), so I think they'd cut that back before cutting dividends.